Apple cuts Russia off from its products and services

Apple (AAPL) said Tuesday that it has stopped selling its products in Russia. The iPhone maker made the move after calls from Ukrainian officials for tech companies to either pull back their services or stop offering them entirely in Russia after its invasion of Ukraine.

“We have paused all product sales in Russia,” an Apple spokesperson said in a statement.

“Last week, we stopped all exports into our sales channel in the country. Apple Pay and other services have been limited. RT News and Sputnik News are no longer available for download from the App Store outside Russia. And we have disabled both traffic and live incidents in Apple Maps in Ukraine as a safety and precautionary measure for Ukrainian citizens,” the spokesperson added.

Apple is the latest Big Tech company to punish Russia for invading Ukraine. Microsoft (MSFT), Facebook parent Meta (FB), and Alphabet’s (GOOG, GOOGL) YouTube have all blocked or limited the availability of Russian state media groups like RT and Sputnik in Europe. TikTok has also blocked the media group’s accounts in Europe.

On Friday Ukrainian Vice Prime Minister Mykhailo Fedorov called on Apple CEO Tim Cook to stop supplying its services to Russia and cut off access to the App Store. 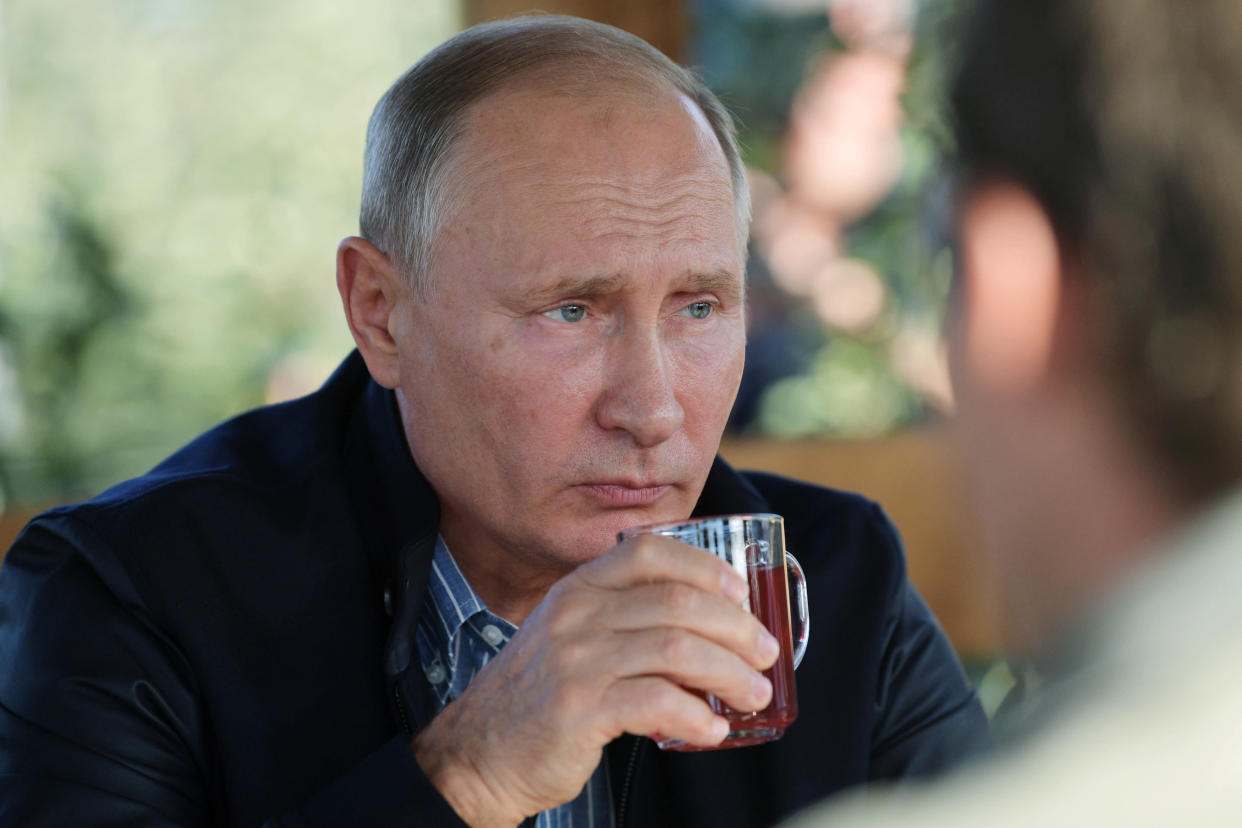 “I appeal to you and I am sure that you will not hear, but also do everything possible to protect Ukraine, Europe, and finally, the entire democratic world from bloody authoritarian aggression — to stop supplying Apple Services and products to the Russian Federation, including blocking access to the App Store!” Fedorov wrote in a letter to the CEO.

Facebook parent Meta also said it’s cracking down on Russian disinformation. On Monday, the social media giant revealed that it removed a coordinated campaign designed to spread Russia-friendly disinformation with some 5,000 followers.

The company also warned users that a hacking group known as Ghostwriter is taking over user accounts to spread Russian propaganda.

“They were targeting and taking over, or attempting to take over, the accounts of prominent individuals in Ukraine,” Nathaniel Gleicher, head of security policy at Meta, told Yahoo Finance.

“Think about journalists, military personnel, and prominent figures like politicians. First, they would compromise [users’] devices and email and then use them to hack all of their social media accounts to try to spread false narratives and disinformation.”

As for Apple, the company says that it will continue to evaluate the situation in Ukraine to determine future steps.

“We join all those around the world who are calling for peace," an Apple spokesperson said.

What happened to Faye Caliman?