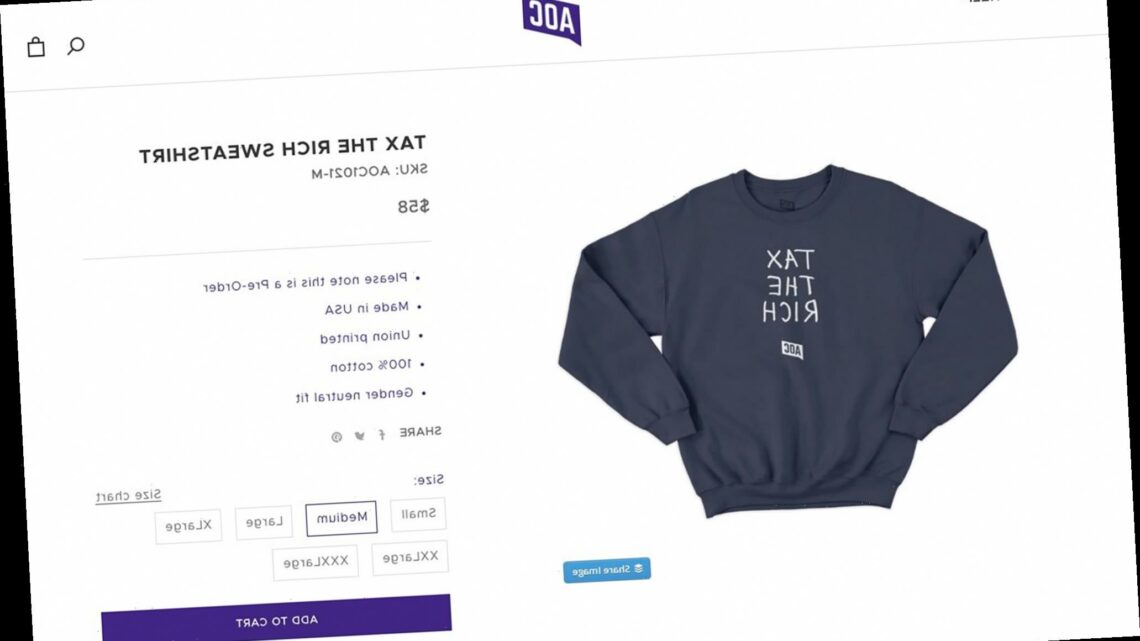 AOC selling $60 ‘tax the rich’ sweatshirt, other merch on her site

‘The Squad’ fires back at Obama over ‘defund the police’ critique

Capitalism isn’t so bad after all!

Firebrand Congresswoman Alexandria Ocasio-Cortez (D-NY) has come up with a new campaign money-maker: sell the rich expensive sweatshirts — about taxing the rich.

The socialist Democratic lawmaker’s website is now selling a bunch of pricey apparel with trendy slogans like “abolish ICE,” “drink water & don’t be racist” and “tax the rich.”

The line of merchandise caught the eye of pundits on Twitter who pointed out the hypocrisy of an anti-capitalism legislator coming up with their clothing line.

“AOC is selling $65 dollar sweatshirts that say “tax the rich” that only rich ppl can afford. Should just say “Tax Me,”” wrote user @MattsIdeaShop on Wednesday with a photo of the “tax the rich” sweater.

“When you’re aiming for socialism but you hit capitalism,” they added.

Another pundit noted that the 31-year-old progressive icon and “Squad” leader was also a member of the wealthy class given her six-figure congressional income.

It’s unclear where the proceeds from sales go but it appears the money will benefit Ocasio-Cortez’s campaign. There is no disclaimer on her website saying the funds go to charity.

It appears the price of the USA-made sweater has since been reduced and is now priced at $58.

It’s a very premature fundraising exercise given the Bronx-born lawmaker only just staved-off a challenge.

A spokesman for AOC did not immediately respond to request for comment.

'The Bachelorette': Tayshia Adams Broke a Major Record in the Franchise
World News