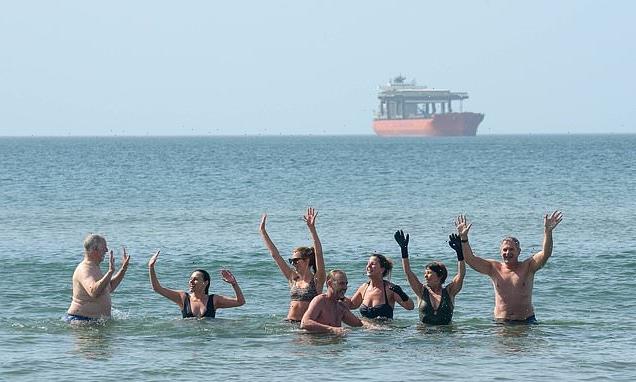 Another day of sunshine as temperatures nudge 24C before heavy rain

Thunderstorms will bring mini-heatwave to an end: Britain is set to enjoy another day of sunshine as temperatures nudge 24C before heavy rain and HAIL hits tonight

A sunshine-filled weekend is going to end on a wet note with showers and a warning of thunderstorms tonight.

Yesterday, Britons basked on one of the hottest days of the year so far, reaching a high of 23.5C (74.3F) in Northolt, west London.

That trend is set to continue today with clouds gradually gathering into the evening.

However, the Met Office warned the warm air is also likely to spark a few showers, some of which will be ‘heavy and thundery’.

‘Overnight these showers will continue to track northwards and will merge into longer of spells of rain which will be heavy and persistent at times.

‘Tomorrow will see a dull start to the day with cloudy skies for most areas and there will be rain across northern Britain which will continue to slowly clear from the south during the day.

‘It will be brighter further south with cloud breaking to reveal sunny spells but showers will be slow to clear during the morning.’ 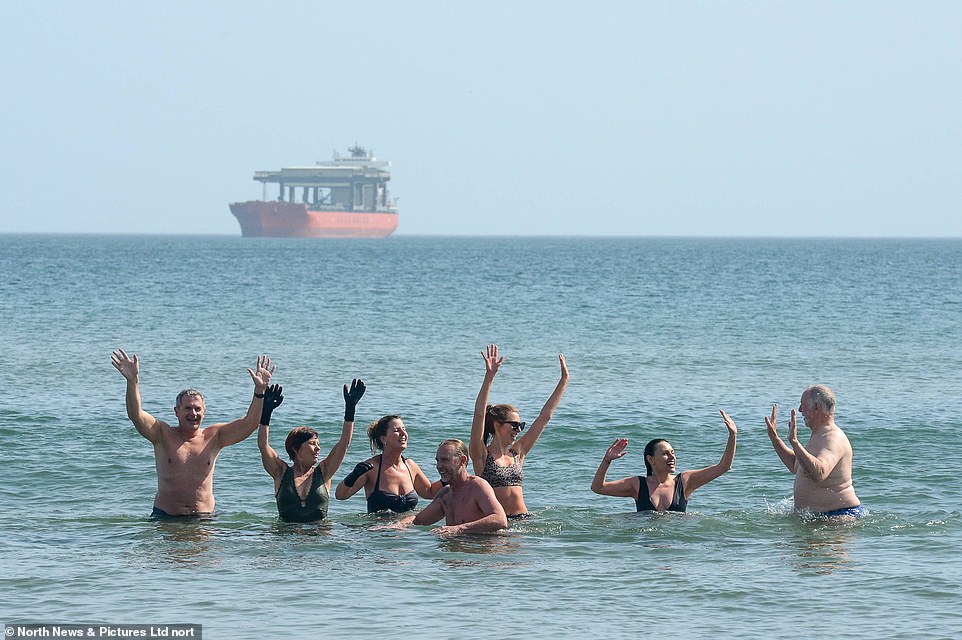 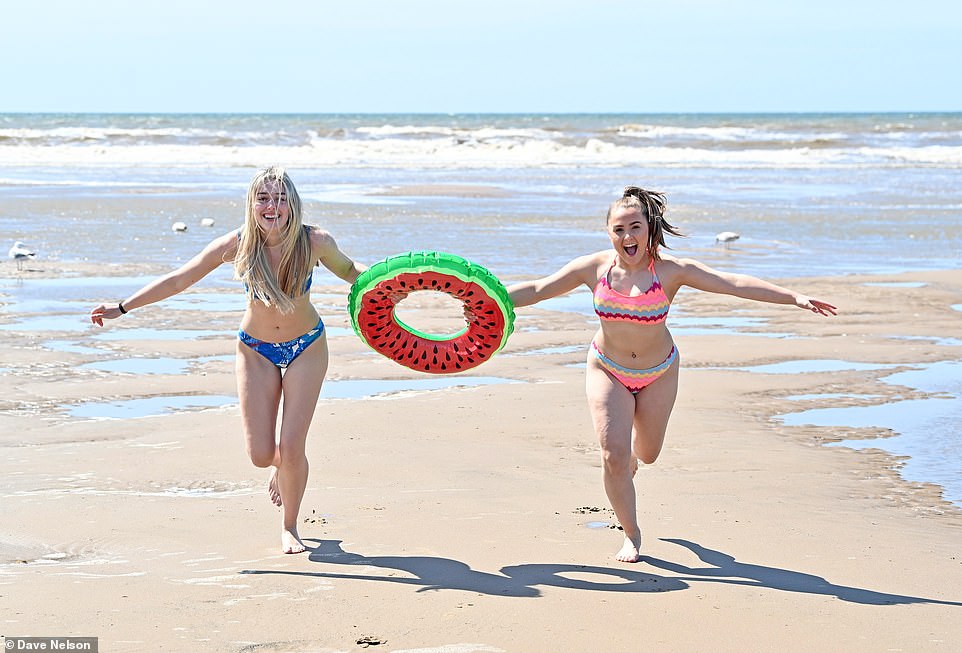 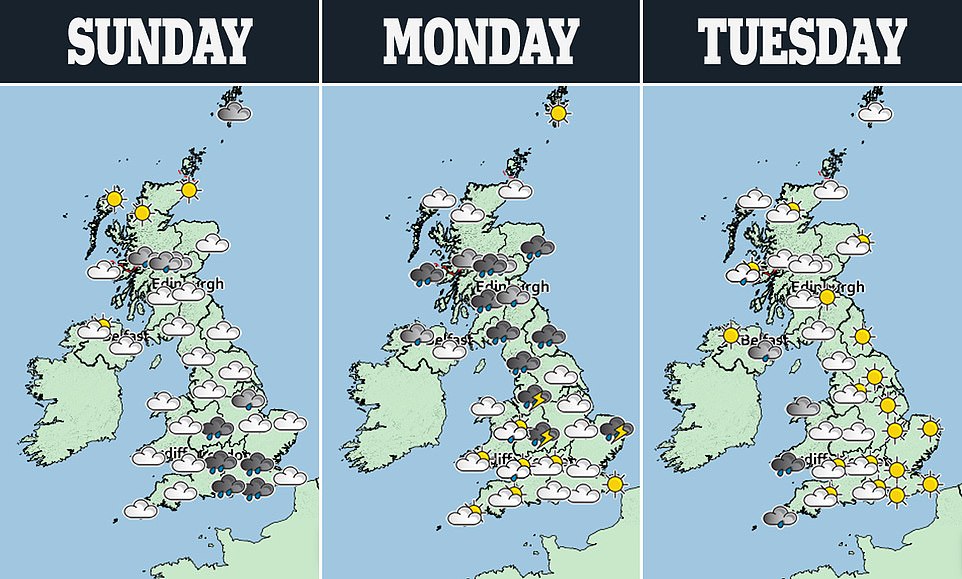 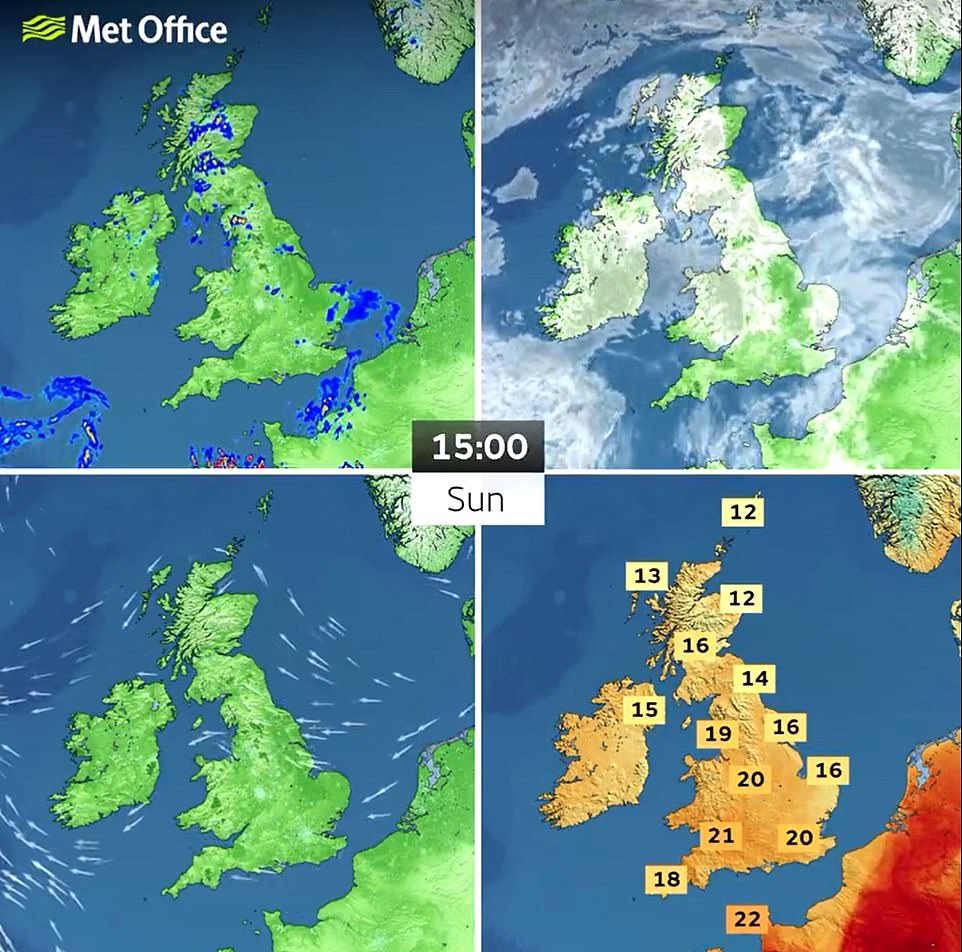 Dry conditions are set to continue into this afternoon, with gradual clouds and scattered showers this evening – some of which may be heavy and thundery 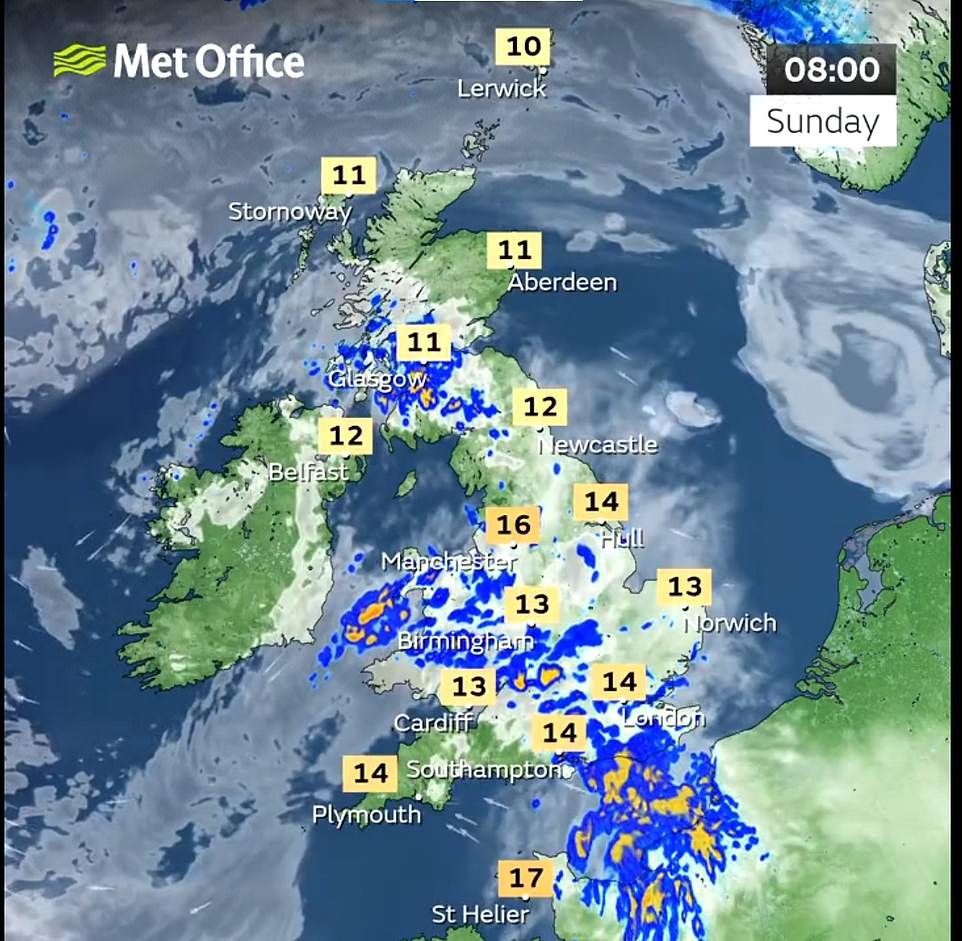 This morning got off to a cloudy start in parts of southern England, Wales and Scotland but it will soon be overtaken by dry weather

Warm air from North Africa is set to bring above-average temperatures for May to most places in the UK throughout next week, but it will be broken up with potentially heavy or thundery showers.

The Met Office said that parts of the South East could potentially reach top temperatures for the week of 25C to 27C and Netweather estimates peak heat at around 4pm on Tuesday, May 17, which is tipped to be the hottest day of the year so far.

Met Office spokesman Richard Miles said ‘at the moment Tuesday looks like being the warmest day of the week’.

Throughout the week, some people will enjoy warm sunny spells but heavy showers are set to move across the whole of the country, particularly in the North and West.

These might be thundery at times in parts of the south, central England and south-west Scotland. 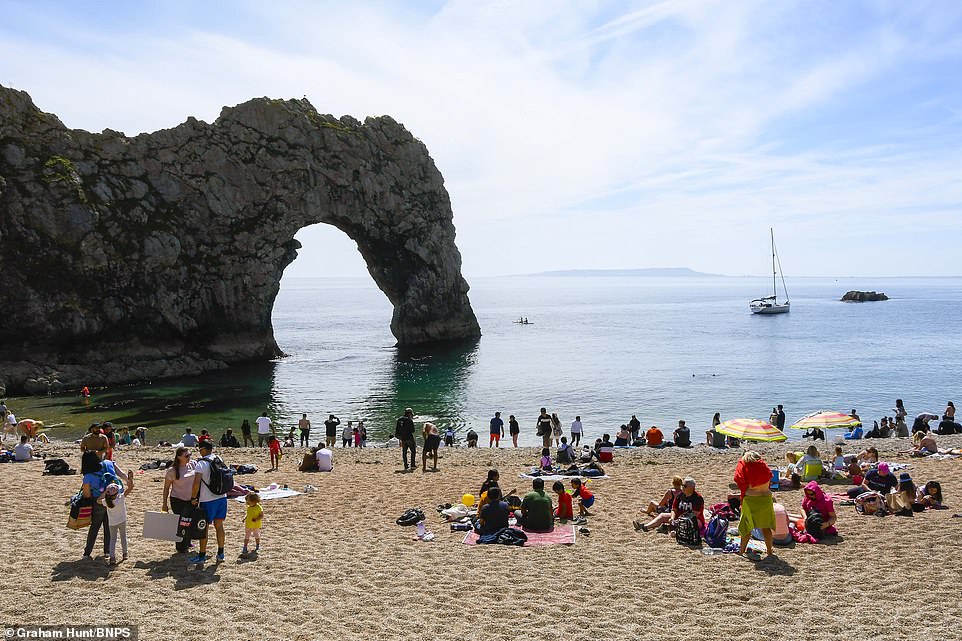 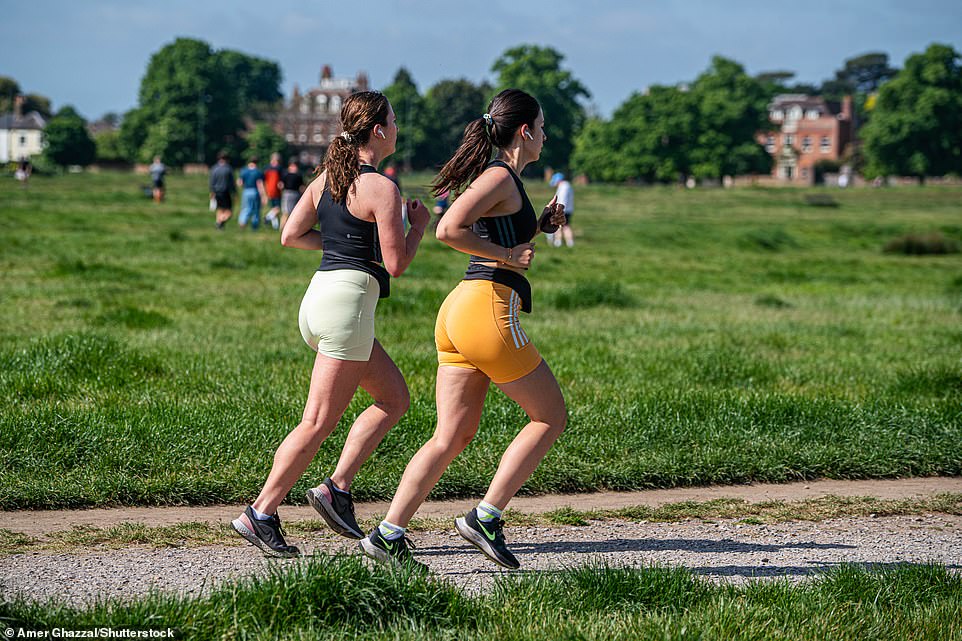 Met Office chief meteorologist Andy Page said: ‘The plume of warm air we have been expecting from the south will bring higher temperatures across the whole country over the next week.

‘However, it looks like the effects from the Atlantic lows will prevent sustained high pressure building from the east.

‘This means that while we might see some warm – and in places very warm – days, overall the next week will feel more like what we would expect of a warm spell in May, with some heavy showers around, rather than hot summery weather.’