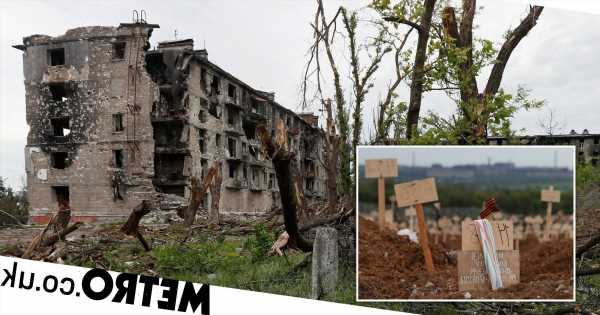 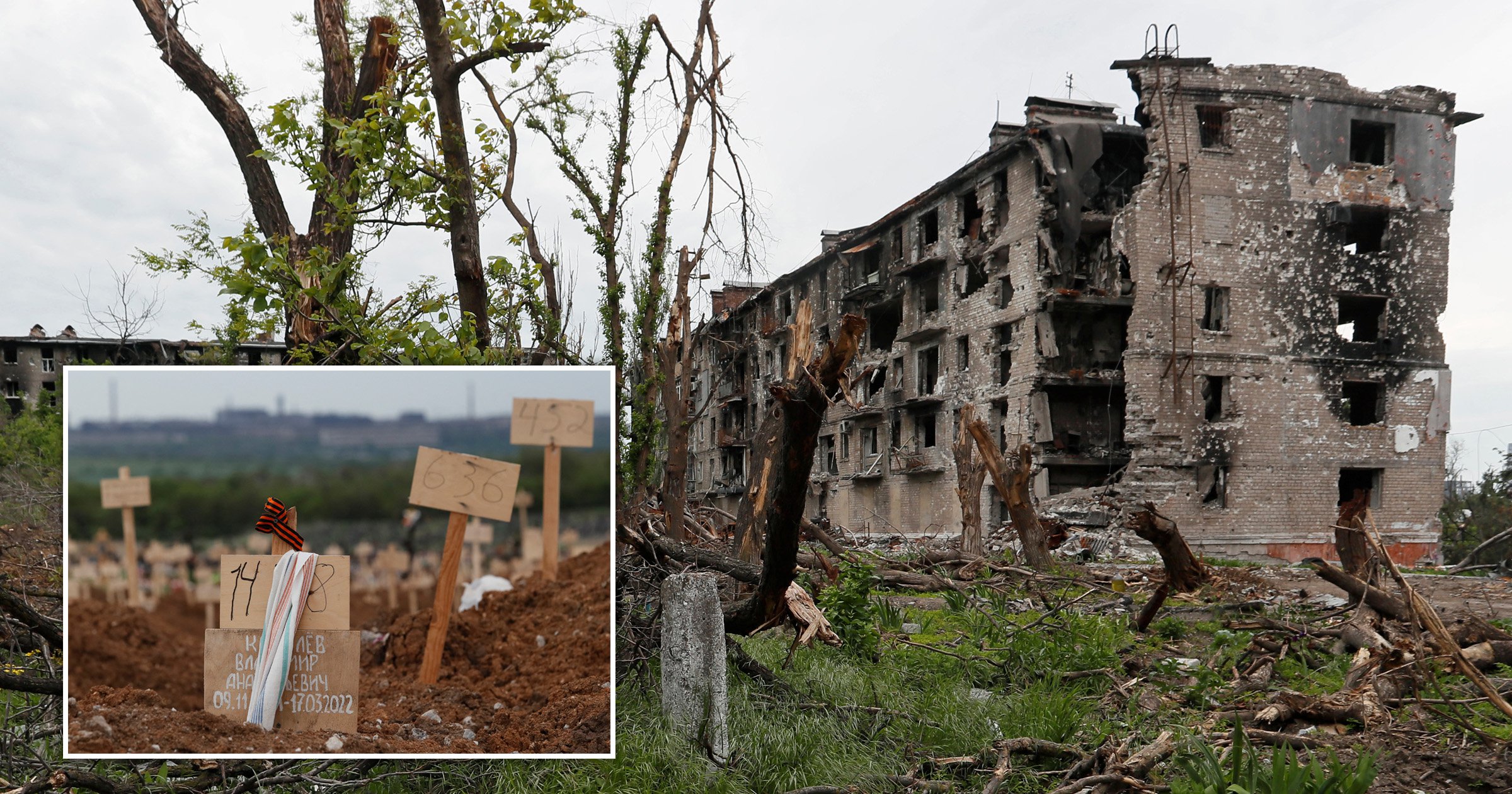 The horrific discovery was made in the basement of a collapsed apartment building, said mayoral adviser Petro Andryushchenko.

The dead were in a state of decomposition, he added.

Mariupol has endured some of the worst suffering of Russia’s invasion of Ukraine, and became a symbol of ­defiance when cornered soldiers put up a months-long last stand at its Azovstal Steelworks.

The Kremlin has now claimed full control of the port city.

It came as Ukraine’s president accused Russia of waging ‘total war’, seeking to inflict as much death as ­possible.

‘There has not been such a war on the European continent for 77 years,’ Volodymyr Zelensky said on the eve of the three-month anniversary of the invasion.

Mr Zelensky pointed to a missile strike that killed 87 people last week in the town of Desna — noting it was one attack of many.

Stiff Ukrainian resistance and Western weapons have stalled Moscow’s advance, and it is now focused on the eastern industrial heartland of the Donbas.

Russia intensified efforts to capture Severodonetsk and nearby cities — the last parts of Luhansk, in the Donbas, yet to fall — according to the UK Ministry of Defence.

It said yesterday Russia has achieved ‘some localised successes’ but added: ‘If the Donbas front line moves further west, this will extend ­Russian lines of communication and likely see its forces face further logistic resupply difficulties.’

In its focus on the region, Moscow has withdrawn some forces from Ukraine’s second-largest city, Kharkiv. There, residents have been seen lining up for rations of essential foods.

In occupied Kherson, a Russian-installed official is to ask Moscow to set up a ‘vitally important’ military base there.

‘It will become a security guarantee,’ Kirill Stremousov said.

Ukraine officials speculated Russia plans an independence referendum there. Mr Stremousov instead said the region will ask Moscow to make it part of Russia and the Kremlin claimed the matter is up to Kherson residents.