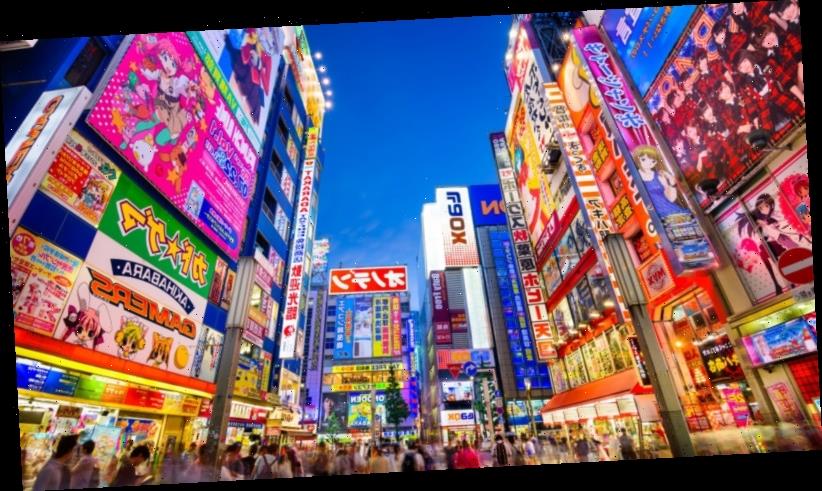 Anime is booming but its creators are living in poverty

Facebook has banned the sharing or viewing of our news articles on its platform. For independent journalism straight from the source, download our app and sign up to our newsletters.

Tokyo: Business has never been better for Japanese anime. And that is exactly why Tetsuya Akutsu is thinking about calling it quits.

When Akutsu became an animator eight years ago, the global anime market — including TV shows, movies and merchandise — was a little more than half of what it would be by 2019, when it hit an estimated $US24 billion ($30 billion). The pandemic boom in video streaming has further accelerated demand at home and abroad, as people binge-watch kid-friendly fare like Pokémon and cyberpunk extravaganzas like Ghost in the Shell.

But little of the windfall has reached Akutsu. Though working nearly every waking hour, he takes home just $US1400 to $US3800 a month as a top animator and an occasional director on some of Japan’s most popular anime franchises. 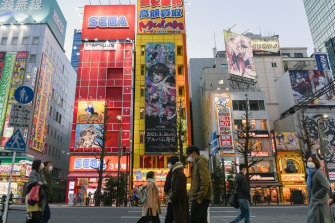 Tokyo’s Akihabara district, a center of anime culture. The industry’s boom has only widened the gap between profits and wages.Credit:Noriko Hayashi/The New York Times

And he is one of the lucky ones. Thousands of lower-rung illustrators do gruelling piecework for as little as $US200 a month. Rather than rewarding them, the industry’s explosive growth has only widened the gap between the profits they help generate and their paltry wages, leaving many to wonder whether they can afford to continue following their passion.

“I want to work in the anime industry for the rest of my life,” Akutsu, 29, said during a telephone interview. But as he prepares to start a family, he feels intense financial pressure to leave. “I know it’s impossible to get married and to raise a child.”

Low wages and abysmal working conditions — hospitalisation from overwork can be a badge of honour in Japan — have confounded the usual laws of the business world. Normally, surging demand would, at least in theory, spur competition for talent, driving up pay for existing workers and attracting new ones. 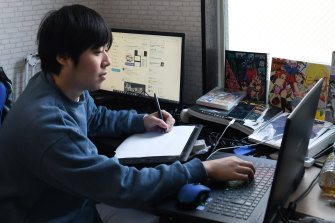 That’s happening to some extent at the business’s highest levels. Median annual earnings for key illustrators and other top-line talent increased to about $US36,000 in 2019 from around $US29,000 in 2015, according to statistics gathered by the Japan Animation Creators Association, a labour organisation.

These animators are known in Japanese as “genga-man”, the term for those who draw what are called key frames. As one of them, Akutsu, a freelancer who bounces around many animation studios, earns enough to eat and to rent a postage stamp of a studio apartment in a Tokyo suburb.

But his wages are a far cry from what animators earn in the United States, where the average pay is $US75,000 a year, according to government data, with senior illustrators often easily clearing six figures.

And it wasn’t so long ago that Akutsu, who declined to comment on the specific pay practices of studios he had worked for, was toiling as a “douga-man”, the entry-level animators who do the frame-by-frame work that transforms a genga man’s illustrations into illusions of seamless motion. These workers earned an average of $US12,000 in 2019, the animation association found, though it cautioned that this figure was based on a limited sample that did not include many of the freelancers who are paid even less. 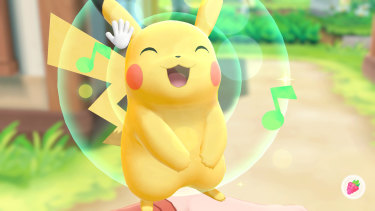 The pandemic has caused an explosion in video streaming of shows like Pokemon.Credit:Pokemon

The problem stems partly from the structure of the industry, which constricts the flow of profits to studios. But studios can get away with the meagre pay in part because there is a nearly limitless pool of young people passionate about anime and dreaming of making a name in the industry, said Simona Stanzani, who has worked in the business as a translator for nearly three decades.

“There are a lot of artists out there who are amazing,” she said, adding that studios “have a lot of cannon fodder — they have no reason to raise wages.”

Vast wealth has flooded the anime market in recent years. Chinese production companies have paid Japanese studios large premiums to produce films for the country’s domestic market. And in December, Sony — whose entertainment division has fallen badly behind in the race to put content online — paid nearly $US1.2 billion to buy anime video site Crunchyroll from AT&T.

Business is so good that nearly every animation studio in Japan is booked solid years in advance. Netflix said the number of households that watched anime on its streaming service in 2020 increased by half over the previous year.

But many studios have been shut out of the bonanza by an outmoded production system that directs nearly all the industry’s profits to so-called production committees.

These committees are ad hoc coalitions of toy manufacturers, comic book publishers and other companies created to finance each project. They typically pay animation studios a set fee and reserve royalties for themselves.

While the system protects the studios from the risk of a flop, it also cuts them out of the windfalls created by hits.

Rather than negotiate higher rates or profit-sharing with the production committees, many studios have continued to squeeze animators, lowering costs by hiring them as freelancers. As a result, production costs for shows, which have long been well below those for projects in the United States, have remained low even as profits rise.

Studios are typically run by “creatives who want to make something really good,” and “they’ll try to bite off way too much and be way too ambitious,” said Justin Sevakis, founder of Anime News Network and chief executive of MediaOCD, a company that produces anime for release in the US.

“By the time they’re done, they have very possibly lost money on the project,” he said. “Everyone knows it’s a problem, but unfortunately it’s so systemic that no one really knows what to do about it.”

The same is true of the punishing nature of the work. Even in a country with a sometimes fatal devotion to the office, the anime industry is notorious for its brutal demands on employees, and animators speak with a perverse sense of pride about such acts of devotion as sleeping at their studios for weeks on end to complete a project.

In the first episode of Shirobako, an anime about young people’s efforts to break into the industry, an illustrator collapses with a fever as a deadline looms. The cliffhanger ending hinges not on her health but on whether the show she is drawing will be finished in time to air.

Jun Sugawara, a computer animator and activist who runs a non-profit that provides young illustrators with affordable housing, began campaigning on their behalf in 2011 after learning about the penurious conditions endured by workers creating his favourite anime.

Animators’ long hours appear to violate Japanese labour regulations, he said, but authorities have taken little interest, even though the government has made anime a central part of its public diplomacy efforts through its Cool Japan program.

“So far, the national and local governments don’t have any effective strategies” for dealing with the issue, Sugawara said. He added that “Cool Japan is a meaningless and irrelevant policy.”

In an interview, an official from the Labour Ministry said the government was aware of the problem but had little recourse unless animators filed a complaint.

A handful have done so. Last year, at least two studios reached settlements with employees over claims that the studios violated labour regulations by failing to pay for overtime work.

In recent years, some of the industry’s larger companies have changed their practices after coming under pressure from regulators and the public, said Joseph Chou, who owns a computer animation studio in Japan.

Netflix has also gotten involved, announcing this month that it will team up with WIT Studio to provide financial support and training to young animators working on content for the studio. Under the program, 10 animators will receive around $US1400 a month for six months.

But many of the smaller studios are barely scraping by and don’t have much room to increase wages, Chou said. “It’s a very low-margin business,” he said. “It’s a very labour-intensive business.” He added that the studios “that manage to adapt are the big ones, the ones that are public.”

Not all studios pay such low wages: Kyoto Animation, the studio that an arsonist attacked in 2019, is known for eschewing freelancers in favour of salaried employees, for example. 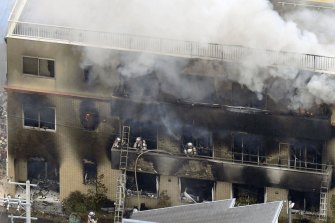 The Kyoto Animation studio was set on fire in 2019.Credit:Kyodo News/AP

But those studios remain outliers. If something is not done soon, Sugawara believes, the industry may one day collapse, as promising young talent drops out to pursue work that can provide a better life.

That was the case for Ryosuke Hirakimoto, who decided to quit the industry after his first child was born. Working in anime had been his lifelong dream, he said, but even after years in the business, he never made more than $38 a day.

“I started to wonder if this lifestyle was enough,” he said during a video call.

Now he works at a nursing home, part of an industry where the high demand for workers in a rapidly ageing society is rewarded with better pay.

“A lot of people just felt that there was value in being able to work on anime that they loved,” Hirakimoto said. “No matter how little they got paid, they were willing to do the work.”

Looking back at his departure, he said, “I don’t regret the decision at all.”