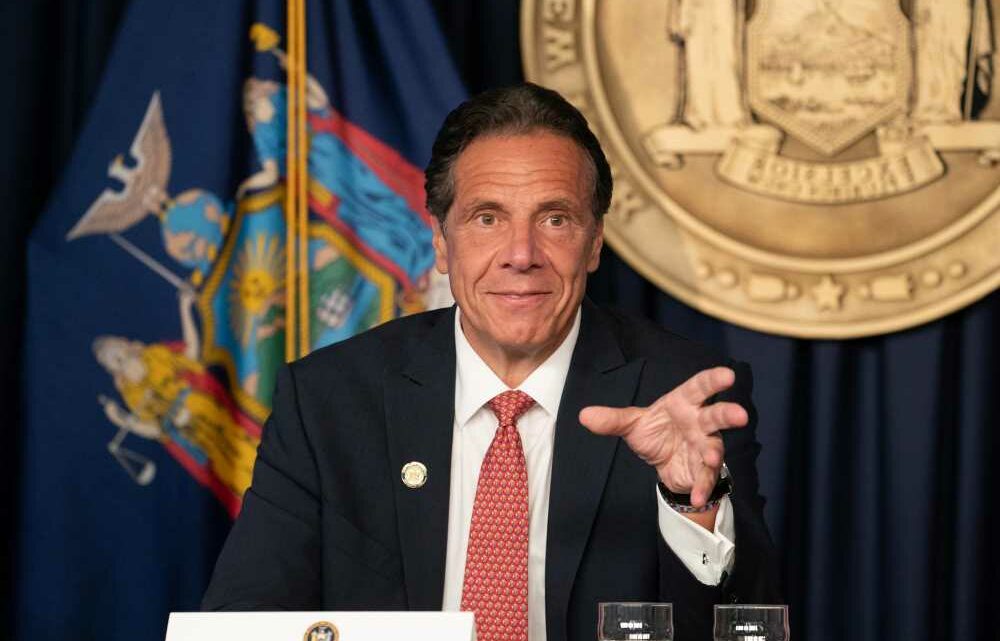 Melissa DeRosa spotted boarding helicopter with Cuomo after his resignation

Gov. Andrew Cuomo always painted himself as New York’s rock — the one guy who could keep the state together, the man holding off the lunacy of the far left, the leader who got us through the depths of COVID. It was largely bunk.

Yes, Cuomo in his first two years put New York on a steadier financial footing, mainly by junking the insane spending plans set out by his predecessors and instituting a cap on property-tax growth in most of the state. And he stepped on Mayor Bill de Blasio’s efforts to kneecap the city’s charter schools and to slap millionaires with yet another tax.

Yet ever since, he’s only led the retreat against the left. By his third term, the radicals had won an utter rout, as he signed on to criminal-justice “reforms” that fueled a monstrous rise in violent crime. New Yorkers are now paying the price with their lives.

He also jettisoned responsible budgeting, letting overall outlays grow 55 percent since taking office (more than twice inflation). Yes, some of that came from Washington (especially during the pandemic), but this year he let state-funded spending grow nearly 8 percent, socking taxpayers with $4 billion in new taxes, despite a $12.5 billion federal handout.

Along the way, he also supercharged his fundraising, in part by merchandizing state spending to benefit donors: He shelled out more than $1 billion on his disastrous SolarCity plant, now owned by Tesla (a k a the Buffalo Billion) — and more still on other AndyLand fiascos (e.g., his failed plan for moviemaking in Syracuse) — paving the way for corruption and other assorted debacles: A number of his allies involved in these schemes, including top aide Joe Percoco, wound up convicted of federal crimes.

When a corruption-fighting panel, the Moreland Commission, threatened to probe him, he closed it down.

His attacks on de Blasio came at the city’s expense. His suck-up to unions — pushing through a $15 statewide minimum wage, for example — hit businesses (and entry-level) workers hard.

His fracking ban deprived ordinary New Yorkers, especially those in the Southern Tier, of a vast economic hope.

He also managed to bungle the Amazon deal, another catalyst for jobs and business.

And he gave up on fighting for charters rather than face down the teacher-union-owned Legislature.

As for COVID: Yes, many found his press conferences reassuring. But his actual leadership — his pointless feuding with de Blasio, deadly kowtowing to hospital lobbyists with his nursing-home order, wildly irresponsible sowing of doubt about the vaccines to score points with Trump-haters — made everything worse.

No one will ever know exactly how many seniors died thanks to his order for nursing homes to accept COVID-infected patients, but some estimates put the figure at more than 1,000. Compounding that horror was his coverup of the numbers, a key part of the Legislature’s impeachment probe.

And all during the COVID nightmare, he actually had the cojones to write a book on “leadership,” earning him a sweet $5.1 million. Where’d he find the time? He used staff help, a clear theft of state resources — and another part of the impeachment probe.

All the while, he was out threatening to destroy those, like Assemblyman Ron Kim (D-Queens), who opposed him — just as he had his team attack the women whose accusations have now brought him down.

It was those devastating sexual-harassment charges, confirmed by state Attorney General Letitia James last week, that broke the camel’s back. He still denies virtually all the allegations of inappropriate behavior, blaming them in his resignation speech on “a flawed political process” (his routine cop-out). But they’re just too numerous and outrageous — touching an aide’s breast and grabbing her behind! — to dismiss.

Cuomo’s denials are understandable: He’s facing criminal charges — and must also face his daughters and his mom. But given the harm he’s done not just to these women but to the state during his 11 years in office, his resignation marks a huge win for New York.

‘You need to move it sharpish!’ James May issues urgent warning to car owner amid flooding