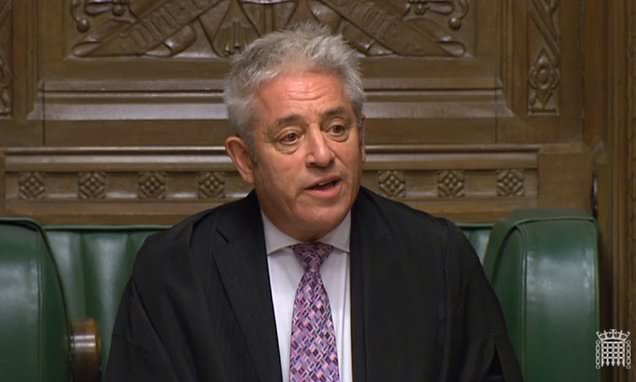 Andrea Leadsom appeared to accuse Speaker John Bercow of sexism last night after he failed to call a single female Tory to take part in a Brexit debate for an hour.

The Cabinet minister was left furious after spotting Mr Bercow allowed 56 minutes of questions of Attorney General Geoffrey Cox before a single Tory woman was called.

MPs were grilling Mr Cox on the Government’s refusal to publish the full legal advice he gave them on Theresa May’s under-fire Brexit deal.

The row risks plunging the country into a constitutional crisis as a minister could be held in contempt of Parliament for the first time ever amid accusations they broke it rules by flouting the outcome of a vote.

Tweeting her anger, Mrs Leadsom wrote: ‘Interesting that not a single female MP on government benches has been called yet. Why?’

The jibe is the latest in a series of tense and bitter clashes between Mrs Leadsom, leader of the Commons, and Mr Bercow, who is in charge of chairing debates. 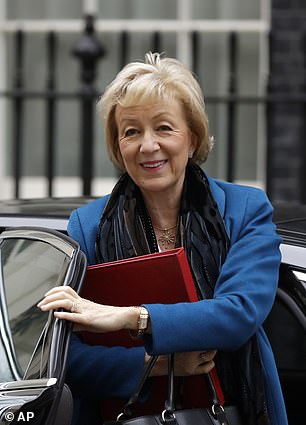 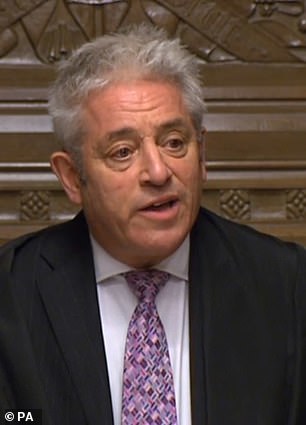 She is the second female minister to suggest Mr Bercow is sexist while chairing debates.

Earlier this year Business Minister Claire Perry wrote to Mr Bercow raising concerns that he looks to have a ‘woman problem’ and urging him to ‘consider his behaviour’.

Mr Bercow and Mrs Leadsom have been embroiled in a string of bitter rows.

In May this year Mr Bercow was accused of calling Mrs Leadsom a ‘stupid woman’ during an off-mic rant in the Commons.

Challenged over his behaviour, he told the Commons he had used the word ‘stupid’ in a ‘muttered aside’ during a row over business scheduling – but he refused to apologise.

And a fortnight ago he gave Mrs Leadsom an extraordinary ticking off in front of other MPs in the Chamber after growing angry that she was not listening to him.

Mr Bercow was answering a question from another MP when he spotted the Cabinet member talking with a colleague on the frontbench. 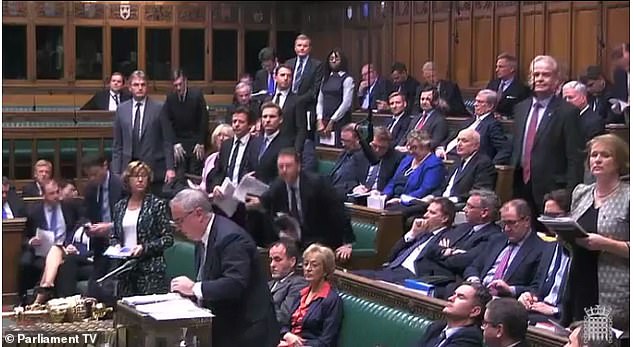 Clearly irritated, he shot the Leader of the Commons a withering look as he demanded that she be quiet while he was speaking.

But Mr Bercow became more rattled when he saw that Mrs Leadsom had not fallen to silence at his command.

As leader of Commons, Mrs Leadsom is in charge of tackling bullying and sexual harassment in the wake of the ‘sexminster’ scandal which rocked Parliament.

Mr Bercow has been personally caught up in the scandal after a number of his former employees accused him of bullying – allegations he strongly denies.

John Wayne's son recalls growing up with 'The Duke': 'He knew he wasn’t going to be around when I was older'