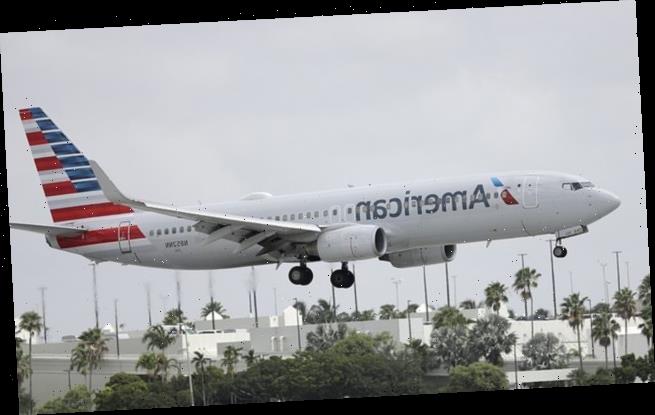 American Airlines is facing backlash among workers after allowing its cabin crew to wear Black Lives Matter pins on their uniforms while on duty.

The nation’s largest commercial jet carrier announced on Sunday that it would be introducing the new policy across its fleet.

But it has already run into fierce opposition among staff with some saying they are ‘completely disgusted’ at the move and claiming that the BLM movement is divisive, promotes violence and is anti-police.

Reaction to the decision has sparked fierce debate online with some passengers even calling for a boycott of the airline. 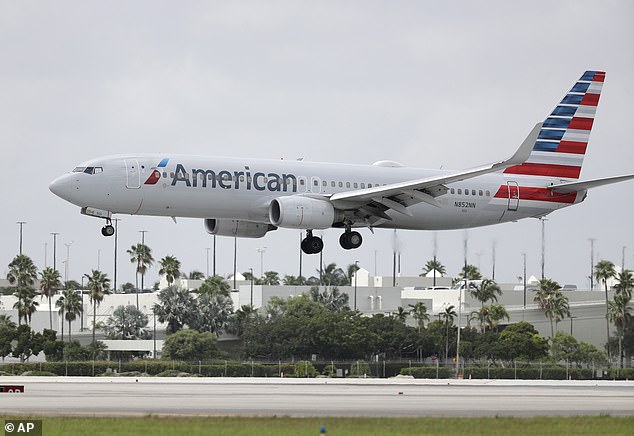 In a company-wide statement introducing the new policy American Airlines wrote: ‘Clearly we live in a time where it is so important to have a dialogue about this important issue of racism in our society and try to find common ground.

‘American is truly committed to having an inclusive culture that is welcoming to all and a reflection of our country and world.

‘This is why American is so committed to creating a more tolerant and diverse team.

‘Through our partnership with American’s office of Diversity, Equity and Inclusion, we are continuing to work through an overall plan for addressing these issues in our workplace.’

It went on to say that a uniform pin, which is set to be designed by the company’s Black Professional Network, was being introduced as a symbolic way of showing support.

But the move has sparked backlash with one veteran flight attendant writing to American Airlines to complain in an email obtained by the New York Post.

It read: ‘I take offense to this. Serious offense. My husband is a LEO (Law Enforcement Officer), as was my deceased father and as far as I’m concerned ALL LIVES MATTER.

‘I am completely disgusted at the fact that we can’t show support for our GOD, our COUNTRY, our LEOs but when it comes to BLM organization (which is controversial in itself), American Airlines says that’s obviously different,’ she wrote.

‘And we can. How is that right? Well, I don’t feel included.’

A second flight attendant, who spoke to Fox News, vowed to start wearing a badge in support of President Donald Trump on duty if others are permitted to wear the BLM pins.

The backlash of the new policy has also spread among American Airline passengers who are now calling for a boycott of the company.

One wrote: ‘Bad move #AmericanAirlines #blm don’t matter #AllLivesMattter support pins for #allcauses. I won’t be flying with you until you change #BoycottAmericanAirlines.’

Another commented: ‘Guess I’ll add #AmericanAirlines to the list of boycotted idiots.’

And a third added: ‘@AmericanAir…will no longer fly on your airlines! BOYCOTT #AmericanAirlines.’

Other social media users were positive about the move as one wrote: ‘Fly American Airlines, a company that openly supports #BlackLivesMatter. Something that is a social issue, not a political one, to all you #MAGA folks out there, btw.’

A second tweeted: ‘People are hating on American Airlines because they allow people to speak their mind? I have no problem with it.

‘It doesn’t change the flight unless you want to b*tch and moan about your differences. Were allowed to have political differences and normal people know that.’

A third said: ‘I literally have never noticed the pins that an employee of American Airlines or any other airline wears but there are apparently people excited about some employees expressing the thought that #BlackLivesMatter.’

A spokeswoman for American Airlines told MailOnline: ‘American Airlines believes in equity and inclusion for all. Our Black team members saw the Black Lives Matter pin being worn at other airlines and companies and asked if they could do the same.

‘In light of the appropriate attention to lives of Black Americans, we will allow team members who wish to wear a Black Lives Matter pin to do so if they choose.

‘Fundamentally, we believe Black Lives Matter is an expression of equality, not a political statement.

‘It doesn’t mean other lives don’t matter, rather that in our society Black lives should matter and be valued the same as others. We are showing our support for our Black colleagues and customers who have experienced discrimination and injustice, not any particular organization.

‘This decision underscores our belief that all people, regardless of race, gender or ethnicity, deserve to be treated with equality and respect.’

American Airlines recently announced that it would be laying of 19,000 workers due to the coronavirus crisis impacting the the travel industry.

The Black Lives Matter protests have spread across the country since the death of George Flloyd in Minneapolis on May 25 after a white police officer knelt on his neck for eight minutes.

What’s In The Travis Scott Meal At McDonald’s? It Puts A Twist On A Classic
World News