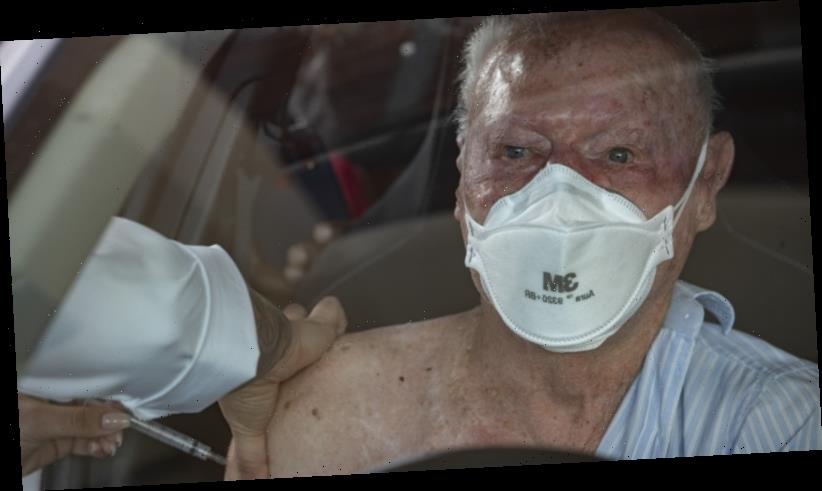 Brasilia: A coronavirus variant identified in the Brazilian Amazon may be three times more contagious but early analysis suggests vaccines are still effective against it, the country’s health minister said, without providing evidence for the claims.

Under pressure as the variant hammers the state’s capital city Manaus with a devastating second wave of infections, Health Minister Eduardo Pazuello sought to reassure Congress members that the surge of recent months was unexpected but coming under control.

He also told a Senate hearing that Brazil would vaccinate half its eligible population by June and the rest by the end of the year — an ambitious target as the country has barely guaranteed doses for half its population of more than 213 million. 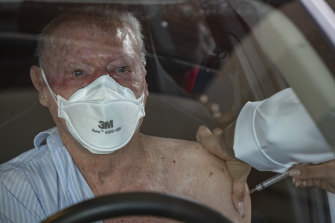 A health worker gives a shot of China’s Sinovac CoronaVac during a priority COVID-19 vaccination program for the elderly at a drive-thru site in Sao Paulo, Brazil.Credit:AP

It began immunisations with vaccines made by China’s Sinovac Biotech and Britain’s AstraZeneca about three weeks ago. Pazuello did not explain how their effectiveness against the Manaus variant was analysed.

“Thank God, we had clear news from the analysis that the vaccines still have an effect against this variant,” Pazuello said. “But it is more contagious. By our analysis, it is three time more contagious.”

The Health Ministry, which has not provided information about any such analysis, did not immediately respond to a request for more information.

The Butantan Institute in Sao Paulo, which has partnered with Sinovac to test and produce the Chinese vaccine, said in a statement that it had begun studies regarding the Manaus variant but would not have a conclusion for two weeks. 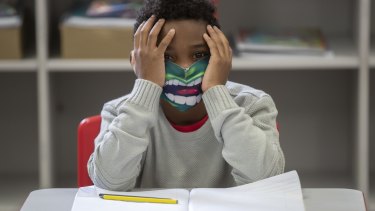 A student wears a mask on the first day back to in-person classes amid the COVID-19 pandemic in Sao Paulo, Brazil. Sao Paulo state government has allowed the schools to resume classes with up to 35 per cent of its students. Credit:AP

The Fiocruz biomedical centre in Rio de Janeiro, which has partnered with AstraZeneca to fill and finish doses of its vaccine developed with Oxford University, said it was studying its efficacy against the Amazon variant, sent samples to Oxford and was awaiting results.

Some health experts believe the variant, which is less vulnerable to some treatments, has caused a dramatic spike in hospitalisations and deaths in Amazon state. Official government data reported by The New York Times showed a death rate of 224 per 100,000 – double the national average.

Outside Brazil, the variant was first detected in Brazilian travellers arriving in Japan in January, according to The Scientist. It has now been found in the Faroe Islands, South Korea, the US and several European countries.

The first two cases were detected in Portugal on Wednesday, broadcaster SIC said, two weeks after all flights to and from the South American nation were suspended.

On Friday AEDT, French Health Minister Olivier Veran said it and the South African strain now accounted for 4 to 5 per cent of all new cases in France, while the British variant accounted for 25 per cent.

It has asked all vaccine makers “to investigate if their vaccine can offer protection against any new variants” such as those identified in the United Kingdom, South Africa and Brazil, and “submit relevant data.”

The EMA has so far authorised three vaccines for use in the 27-nation bloc, made by Pfizer, Moderna and AstraZeneca.

The agency said that there were concerns that some virus mutations “could impact, to different degrees, the ability of the vaccines to protect against infection and disease”.