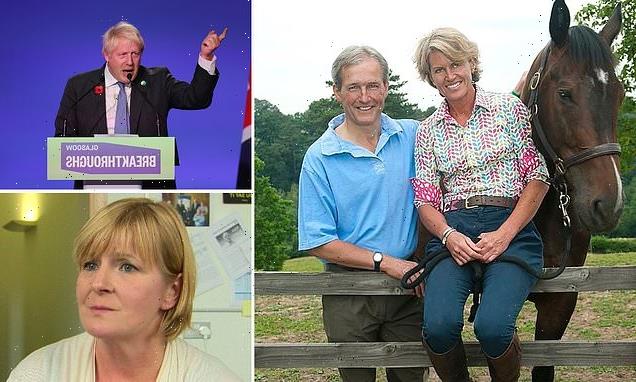 ‘It looks terrible’: Tories under pressure over PM-backed vote TODAY that could block 30-day suspension of Owen Paterson over lobbying scandal and axe the ‘anti-Brexiteer’ standards watchdog

Allies of Owen Paterson have admitted a plan to overhaul the House Of Commons’ standards watchdog after it recommended the former minister be suspended for 30 days for lobbying ‘looks terrible’.

But they insisted there is ‘no alternative’ because the current ‘hopeless’ system ‘doesn’t respect natural justice’.

Sir Bernard Jenkin, a friend of Mr Paterson, said there has been a ‘bad system for years and years and years’ and a crunch vote in the Commons today is an ‘opportunity to fix it’.

North Shropshire Tory MP Mr Paterson was found to have committed an ‘egregious’ breach of standards rules as he lobbied for two companies paying him more than £100,000 per year.

The Parliamentary Commissioner for Standards Kathryn Stone conducted an investigation and the Committee on Standards then recommended Mr Paterson be banned from the Commons for six weeks, which represents 30 sitting days.

The recommendation is due to be voted on by MPs at lunchtime but allies of Mr Paterson have brought forward an amendment which would block the suspension and see his case reviewed.

The plan would see the current Commons Committee on Standards disbanded and replaced with a new body.

It could also force the resignation of Ms Stone who some Tory critics accuse of being biased against Conservative MPs and Brexiteers.

A Government source said last night that the amendment would receive the backing of Boris Johnson if is selected.

Reports suggest that Tory MPs will be be told by Government whips to back the attempt to reform the standards procedures.

Mr Paterson has angrily disputed the findings of the standards report, claiming the investigation was unfairly conducted. 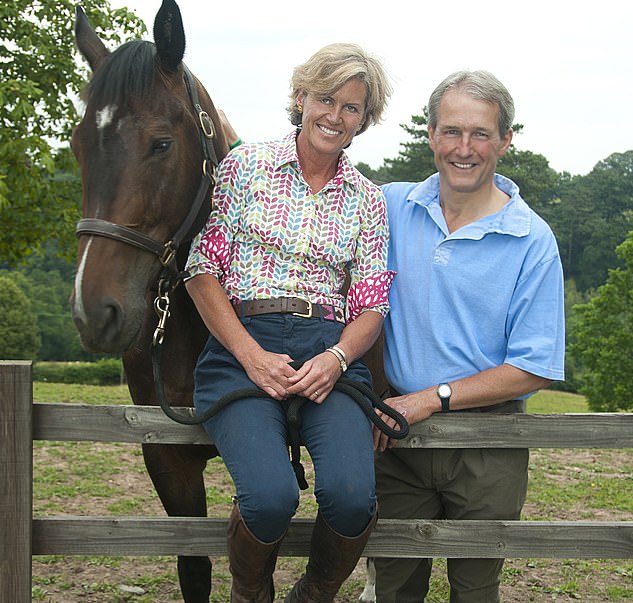 Owen Paterson was found to have committed an ‘egregious’ breach of standards rules as he lobbied for two companies paying him more than £100,000 per year. Mr Paterson, pictured with his late wife Rose, claimed the ‘biased’ way the standards inquiry was carried out was a major factor in her suicide last year 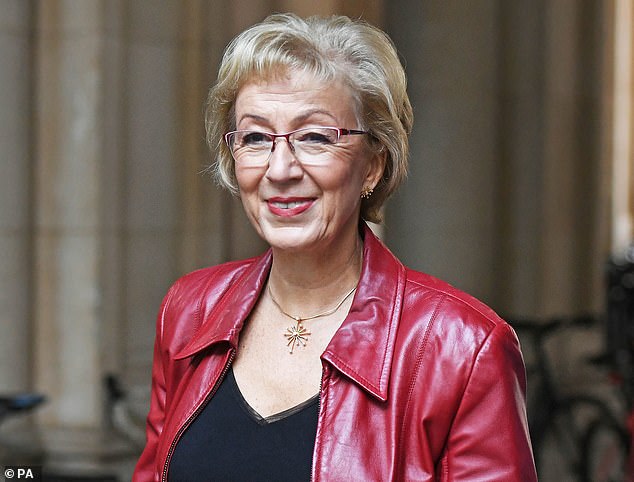 Sir Bernard told BBC Radio 4’s Today programme that there are ‘long standing problems’ with the standards system as he defended the move to reform it.

However, he admitted the circumstances mean it ‘looks terrible’ but he insisted there is ‘no alternative’.

‘We are going to put his case in front of a proper judicial style panel where there can be proper hearing and proper cross-examination of witnesses and natural justice.

‘Our present process doesn’t respect natural justice. No where else in business would that be allowed.’

Sir Bernard said the current process is ‘very unsatisfactory’ because it requires the House of Commons as a whole to ‘give a final opinion on whether this case has been handled properly’.

He added: ‘That is a hopeless system. It looks terrible. I don’t want to be here. But there is no alternative because that is the system we have got.’

Asked if he expects the Government to back the amendment to reform the system, he said that ‘nothing has been decided’.

The main amendment, put forward by Tory former leader of the Commons Dame Andrea Leadsom, would see the creation of a new committee that would examine – among other issues – whether the case against Mr Paterson should be reviewed.

A separate amendment proposed by Tory Julian Lewis said no further action should be taken ‘on compassionate grounds’ and this has been supported by fellow Conservatives William Wragg and Peter Bone, with a total of 13 MPs backing it as of last night.

Mr Paterson has said the manner in which the investigation was carried out had ‘undoubtedly’ played a ‘major role’ in the decision of his wife Rose to take her own life last year.

Commons Leader Jacob Rees-Mogg yesterday expressed sympathy for the MP’s claim that the commissioner did not speak to 17 witnesses who came forward to support him, describing that decision as ‘interesting’. 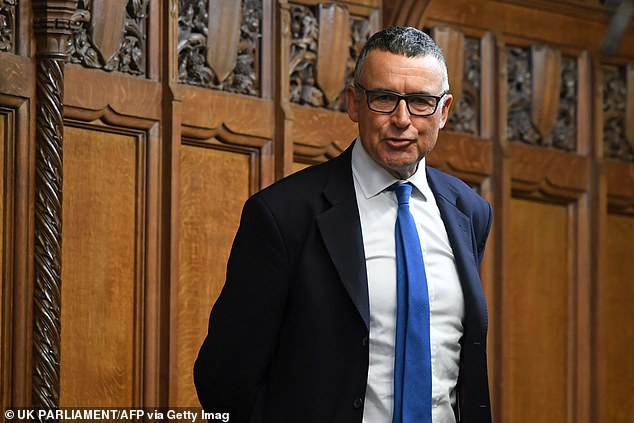 Sir Bernard Jenkin, a friend of Mr Paterson, said there has been a ‘bad system for years and years and years’ and a crunch vote in the Commons today is an ‘opportunity to fix it’. 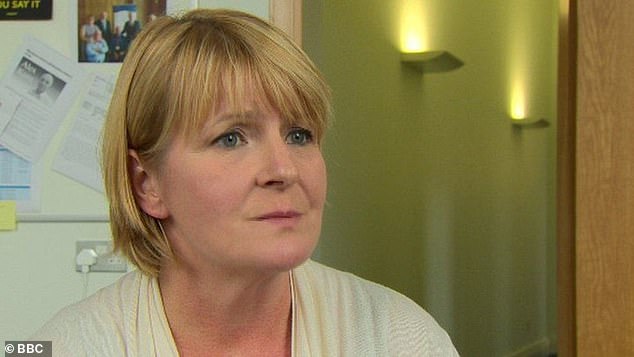 The plan being put forward by MPs would disband the Commons committee on standards and replace it with a new body, and force the resignation of Commissioner Kathryn Stone, who some accuse of being biased against Tories and Brexiteers

Mr Rees-Mogg told his ConservativeHome podcast: ‘It is always very important that systems appear to be fair, and therefore if somebody has witnesses, it would normally appear to be fair that those witnesses should be heard.

‘The commissioner in her report that was adopted… said the witnesses weren’t needed because their evidence they gave wasn’t relevant to the inquiry.

‘And that is an interesting view to come to, because other people might say: ‘How do you know whether it was relevant to the inquiry until you’ve taken their evidence and have found out the precise context of how things were done?’

As part of Dame Andrea’s proposals, MPs on a Conservative-majority committee led by former culture secretary John Whittingdale would examine whether the standards system should mirror that of investigations of misconduct in other workplaces, including the right of representation, the examination of witnesses, and the right of appeal.

It would also look into whether Mr Paterson’s case specifically should be reviewed.

But Labour has warned against trying to overhaul the system.

Thangam Debbonaire, shadow Commons leader, said: ‘Let’s not forget that the cross-party standards committee, including three Tory MPs, endorsed the commissioner’s 30-day sanction for a breach of the rule around paid advocacy.’

She said that ‘the Tories want to jettison the system that has served us well and which has been a vital part of rebuilding public trust after the dark days of Tory sleaze this Government seems determined to return to’.

Mr Rees-Mogg said there was ‘precedence’ for amending a motion to suspend an MP, saying it was last done in 1947.

The decision on whether to select an amendment for a vote lies with Commons Speaker Sir Lindsay Hoyle. 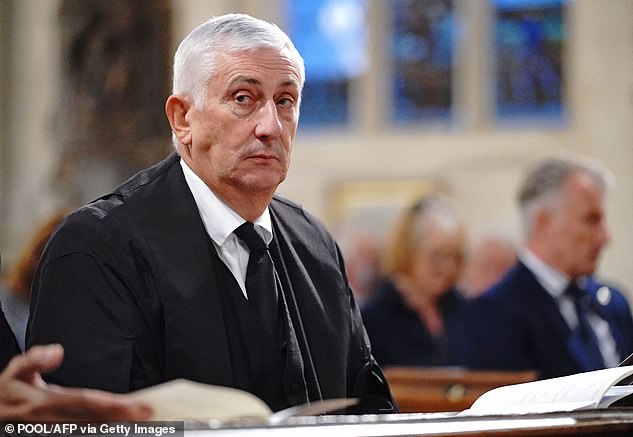 Sir Lindsay’s spokeswoman did not deny a report in The Times that suggested he believes blocking the suspension would bring the House into disrepute.

Ms Stone’s investigation found Mr Paterson repeatedly lobbied on behalf of two companies for which he was acting as a paid consultant – Randox and Lynn’s Country Foods.

But the MP struck back, saying the investigation finding he breached rules on paid advocacy by MPs was a ‘biased process and not fair’.

Committee on Standards chairman Chris Bryant urged MPs to ‘read the report in full, with a fair and open mind’ and warned against voting it down in what would be an unprecedented move in the committee’s roughly 36-year history.

NFL week 9 tips, predictions, free bets and sign up offers: Five bets to look out for this week
World News