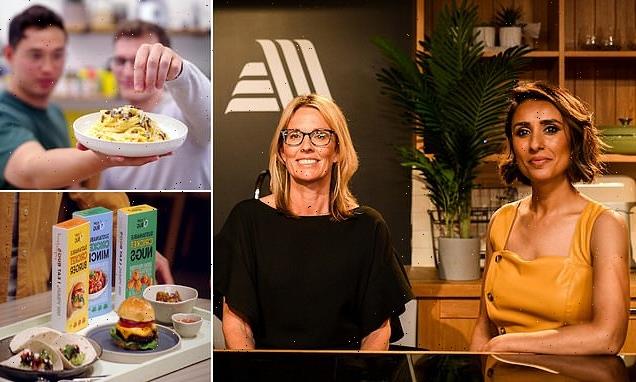 Bugs such as crickets are known to be a cheap and sustainable form of protein.

Now Aldi is weighing up whether to stock products by Yum Bug, which make the insect recipe kits.

Yum Bug founders Aaron Thomas and Leo Taylor, both 28, are competing against other start-ups to get their product on the supermarket’s shelves.

The duo were picked from hundreds of applicant’s to appear on Channel 4’s ‘Aldi’s Next Big Thing’ tomorrow. 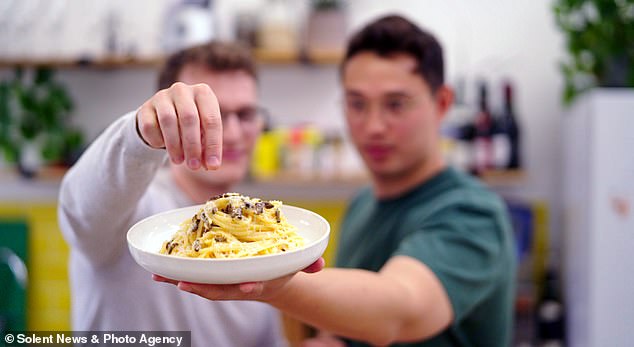 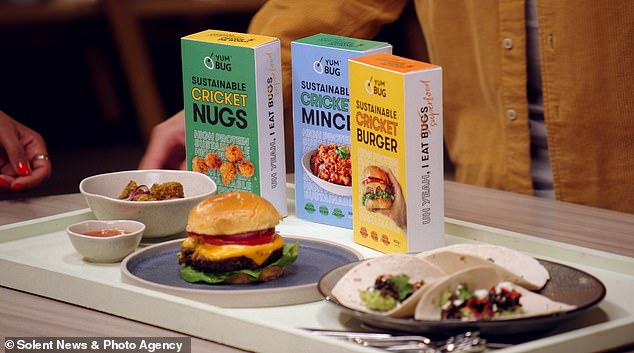 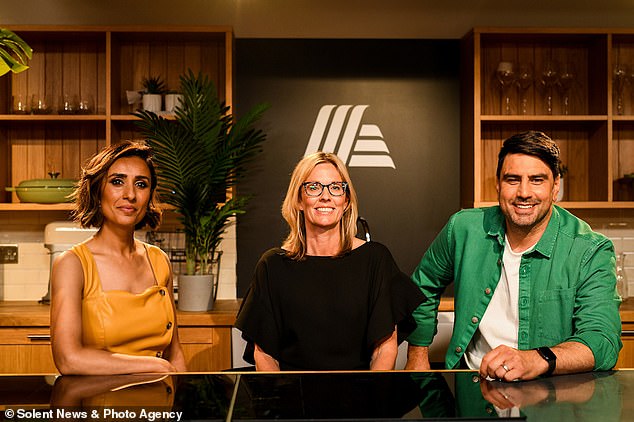 Products are presented to Julie Ashfield, Managing Director of Buying at Aldi UK, who deliberates on factors such as price, packaging, shopper demand, and the ability to scale up, before whittling contestants down to just two.

The finalists are then given four weeks to address any feedback, before presenting improved products to Julie who decides which product will appear as a Specialbuy in over 970 stores.

Mr Thomas, from Islington, London, said: ‘We’re on a mission to change perceptions of insects as food; they’re one of the most sustainable protein sources in the world.

‘Crickets are up to 70 per cent protein, which is three times the amount of protein found in beef. They’ve also got more iron than spinach, more calcium than milk, and the list keeps going. They are an incredible superfood.

‘We want to take bug consumption mainstream. If we’re able to get in front of Aldi’s audience, that would be an amazing opportunity.’

Mr Taylor said: ‘Aaron and I have been cooking with insects for years – it started in 2017 with weekends experimenting out of my parents’ garage, cooking up all sorts of recipes and posting content online.

‘We then sold our first insect recipe boxes out of our bedrooms in lockdown, and that’s really where everything snowballed.’

Aldi says the competition is part of its commitment to locally sourced products. It has pledged to prioritise home-grown suppliers as it works towards spending an additional £3.5 billion a year with British businesses by the end of 2025.

COULD INSECTS BE THE NEXT ‘SUPERFOOD’?

Edible insects have been touted as the next ‘superfood’, with the creepy crawlies packed full of protein, nutrients, potassium, magnesium and three times more fatty acids than omega-3 in salmon.

Insects contain more than twice as much protein per 100g as meat and fish, according to the Food and Agriculture Organisation of the United Nations.

Crickets are the most widely cultivated insects for the human diet across the world and are considered the ‘gateway bug’ for people who choose to eat insects.

They, along with other insects are touted as highly nutritious and much better for the planet – environmentally and financially – than traditional livestock, due to the comparatively efficient rate at which they convert feed into body mass.

The global population is predicted to top nine billion by 2050, putting enormous pressure on the environment, conventional food sources and farming techniques. Insects could help meet demand for food.

Plenty of people in non-Western countries already eat insects regularly. They are very efficient at converting vegetation into edible protein and full of vitamins and minerals.

Previous studies have found that four crickets provide as much calcium as a glass of milk, and dung beetles, by weight, contain more iron than beef.

Farming insects generates one-tenth of the methane produced by farming traditional meat sources, and it uses comparatively little water, making the process better for the environment.