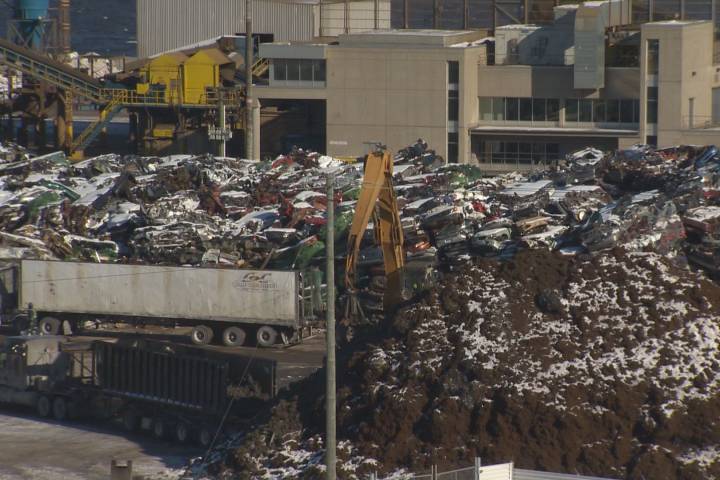 New Brunswick’s Department of Environment and Local Government says the American Iron and Metal Inc. (AIM) facility in Saint John has been given permission to restart operations, effective immediately, as part of a 90-day trial period.

The province says it’s accepted the company’s revised plan, which is dated Dec. 5 and is intended to address explosions and excessive noise.

“As they restart, the company needs to ensure its operations are safe for the environment and for their neighbours,” said Environment Minister Jeff Carr in a press release.

“We will continue to monitor their progress closely to ensure they live up to their commitments.”

The revised plan requires AIM to address the technical issues related to the operation of its industrial shredder as well as other issues in order to eliminate explosions and the impacts of excessive noise and vibration.

Should an explosion occur, the company must immediately cease operations and notify the Department of Environment and Local Government as well as the Saint John Fire Department. AIM won’t be able to resume operations until the issue that caused the explosion has been resolved to the “satisfaction” of both organizations.

“We know there are quite likely objectionable materials on site, as the new and improved protocols were not in place when the material was received. The company will need to ensure it does everything it can to remove those prior to shredding,” said Carr in a press release.

The New Brunswick government had previously ordered AIM to cease all of its operations on Nov. 22 as the result of multiple complaints over explosions and excessive noise in the weeks before the province stepped in.

The company’s metal shredder, which was found to be the source of at least some of the complaints, has caused more than 40 explosions in the past 16 months.

The New Brunswick government ordered AIM to cease all of its operations on Dec. 3 after an “incident” occurred earlier that morning.

The environment department said its intention at the time was to allow AIM to operate under a 90-day trial period beginning on Monday morning.

However, before the department was able to deliver the orders to AIM and officially lift the company’s stop-work order, an “incident” was reported at the facility.

The Port of Saint John described the incident to Global News as an explosion.

—With files from Andrew Cromwell

Who is Richard Osman? Pointless co-host alongside Alexander Armstrong and House of Games presenter
World News