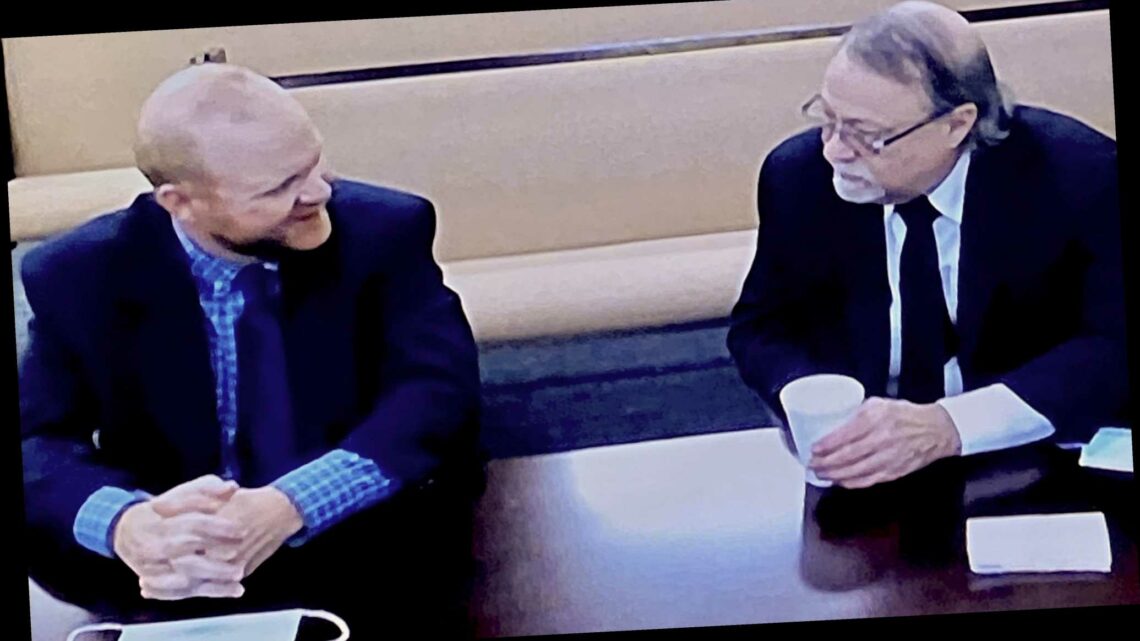 The Georgia man who gunned down Ahmaud Arbery was apparently a bigger fan of racial slurs than previously reported — not only using hate speech to describe his victim but also making racist posts online and in text messages before the killing, prosecutors revealed in court Thursday.

The suspect, Travis McMichael, who is jailed for the slaying along with his father, Gregory McMichael, had sent his friend a text message with a racial slur in 2019, it was revealed.

In 2019, he texted boyhood friend Zachary Langford about “shooting a crackhead c—n with gold teeth with a Hi-Point .45,” the Daily Mail reported. 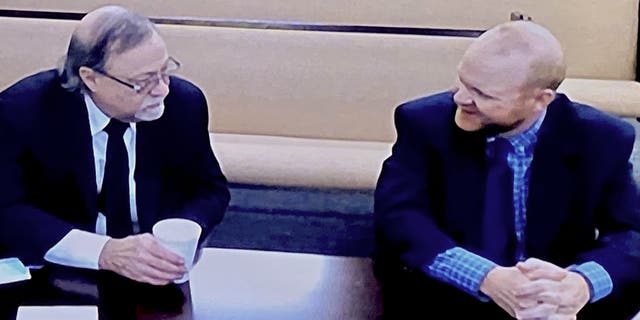 In this image made from video, from left, father and son, Gregory and Travis McMichael, accused in the shooting death of Ahmaud Arbery in Georgia on Feb. 2020, speak to each other via closed circuit tv in the Glynn County Detention center in Brunswick, Ga., on Thursday, Nov. 12, 2020. (AP Photo/Lewis Levine)

When Evans quizzed Langford about the exchange, Langford claimed he believed McMichael was referring to a literal raccoon, not using a racial slur — prompting skepticism from Evans.

“A raccoon with gold teeth and a Hi-Point .45?” Evans retorted.

The prosecutor also pointed to Facebook comment by Travis that used a racial slur for Asian people, according to the report.

Travis commented, “sayonara, ch—k f—ks,” on a photo that Langford had posted last year, according to the report.

The father-and-son duo, who have claimed they pursued Arbery because they thought he was breaking into a house, were in court to argue for bond to be released pending trial. The judge made no determination on whether or not to grant to request Thursday.

Defense attorneys for the suspects have claimed there was no racial motive in the slaying.

In court on Thursday, Langford’s wife claimed Travis had shown remorse after the killing and said he “prayed for Ahmaud’s mother and his family daily.”

Arbery’s mother, Wanda Cooper-Jones, told reporters outside of court that she doesn’t believe they are remorseful at all.

“I live right there in the community,” she said. “Nobody reached out to say, ‘I’m sorry for your loss.′ I don’t think they are remorseful at all.”

Prosecutors have said Arbery was simply out for a jog when he was gunned down by the duo in February.

This report originally appeared in the New York Post.