Home » World News » After labouring the point, Albanese finally gets his story straight 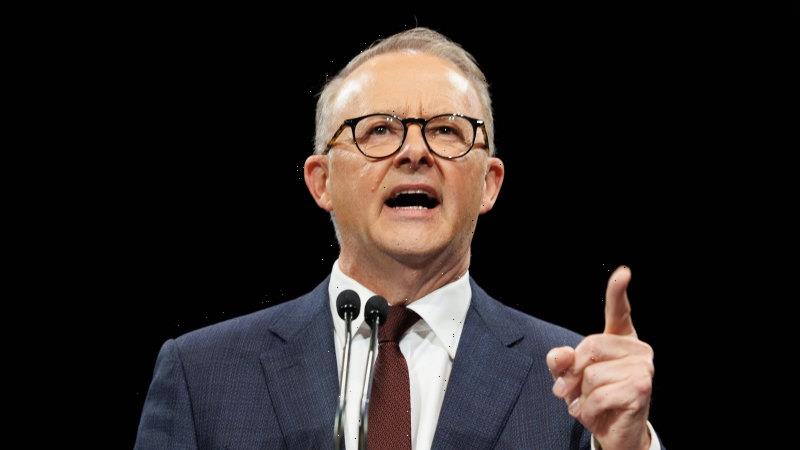 After labouring the point, Albanese finally gets his story straight

A few weeks ago, Anthony Albanese explained why Labor had lost in 2019 – it didn’t have a story to tell. OK, said journalist Deborah Snow, what’s your story then? Albanese said: “It’s about the economy, about national security, more secure work, about social justice, about not leaving people behind or not holding people back. We have significant reforms [in child care and aged care] that will make a positive difference to people’s lives.”

He also had a “plan” that “ties together the threads of cleaner energy leading to lower power prices; that then allows you to have advanced manufacturing and a value-add to the resources that we have…”

There was more, but I’ve punished you enough. 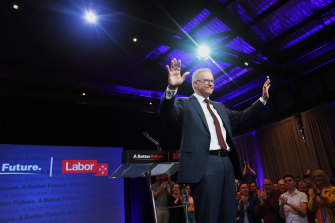 Now, jump to last Tuesday. Albanese was asked whether he would support wages rising by at least 5.1 per cent to keep up with inflation. He answered: “Absolutely”.

Which one told you more about Anthony Albanese? In his answer to Snow, attempting to tell a story, he offered a thousand words and said nothing. But on Tuesday he told perhaps the most important story of his campaign, and did it with a single word.

Not everyone will like it, but there was something true in it, and it was this: Albanese’s instincts are solid, old-fashioned Labor. Should workers whose purchasing power has stalled be allowed to fall further back? There is only one possible Labor answer to that, and Albanese delivered it. The following days saw clarifications, which were important in a technical sense (the government does not set wages anyway). But the important answer had been delivered on the first day. 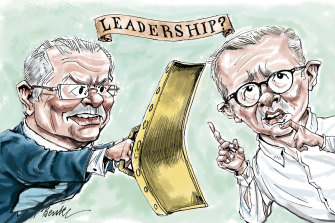 The contrast between Albanese’s two answers is a reminder of how sterile political language has become. In particular, it is a reminder of the way language is often used to avoid clarity – and of how winning it can be when a politician says something clear and concrete. Albanese might not have planned beforehand to promise 5.1 per cent specifically, but without a number his comments would have meant little.

Scott Morrison said something last week that at first appeared clear. He had been a “bulldozer” because that was what the pandemic required – but he would change gears as the country moved into a new phase. The substance of Morrison’s argument, expanded the next day, was that he had to make unpopular decisions in a time of crisis, often without consulting. Getting things done had to take priority. 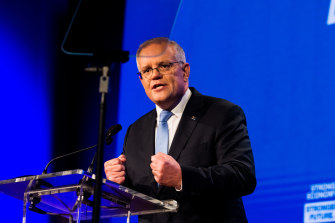 Public debate suddenly converged, as Morrison must have known it would, on whether he could change his “bulldozer” ways – thus affirming his own self-diagnosis. This would have been fine, were that diagnosis not so cynical, self-interested and misleading.

Morrison’s worst moments have come when he has denied there is a problem; or when he has been slow to act; or when he has had all the time in the world to consult but has still, somehow, wound up doing almost nothing. On climate, on vaccines, on bushfires and floods, it was not brutal speed that hurt him but stubborn sloth. Even more ironically, on the occasions he has seemed most like a bulldozer – as in the crisis around sexual violence – it has usually been with the aim of stopping things from getting done.

There was another interesting feature of Morrison’s pledge. In suggesting he had only acted a certain way because of the pandemic, he raised an interesting hypothetical: if the coronavirus had not come along, would he have easily won this election?

Of course, he still might win. But if he loses, then he will become yet another prime minister whose reign has ended quickly, one way or another. Right now, it seems likely Morrison’s prominence during the pandemic hurt him. But it is also possible that this is just what happens to our leaders now: they rise, we see too much of them, we come to hate them. This is one of the most interesting questions of a potential Albanese prime ministership. Can he overcome what seem to be structural factors?

He has one potential advantage. Unlike his predecessors, he has never quite mastered the art of political communication. Morrison’s “bulldozer” answer told a story, one that sought to paper over reality with a swathe of more convincing words. Albanese, as you can tell from his answer to Snow, does not have that ability.

Which is not to say he does not try. To date, both leaders have used their political language for a similar purpose: to avoid committing to specific action. Last week, though, their experiences diverged.

If Morrison suffers a big swing against him, it will be because his task, of recasting inaction as action, became impossible: at some point reality cannot be overcome by even the best wordsmith.

Albanese, meanwhile, seemed suddenly capable of turning the national narrative his way, not because he had discovered new eloquence but because, conversely, perhaps accidentally, he had rejected ambiguity and obfuscation in favour of that single word, “absolutely” – an expression of his instincts tied to something specific and tangible.

Whichever leader wins, we must hope they exit this campaign with the combination of these lessons: that in this age of too many vague words, clear and specific beliefs can still reach people. And that what a government does or does not do can still tell a far more powerful story than the words its leader uses.

But then, politicians being politicians, it is at least equally likely that whoever wins will take away a different lesson: that their studied speech and strategies won out, and they should keep it up.

Pep Guardiola's rollercoaster of emotions as he goes from despair, to equaliser joy before agony at Mahrez penalty miss