Home » World News » After Emilia Clarke was ‘guilted’ into getting naked for Game of Thrones, why is only female nudity essential to plots? – The Sun 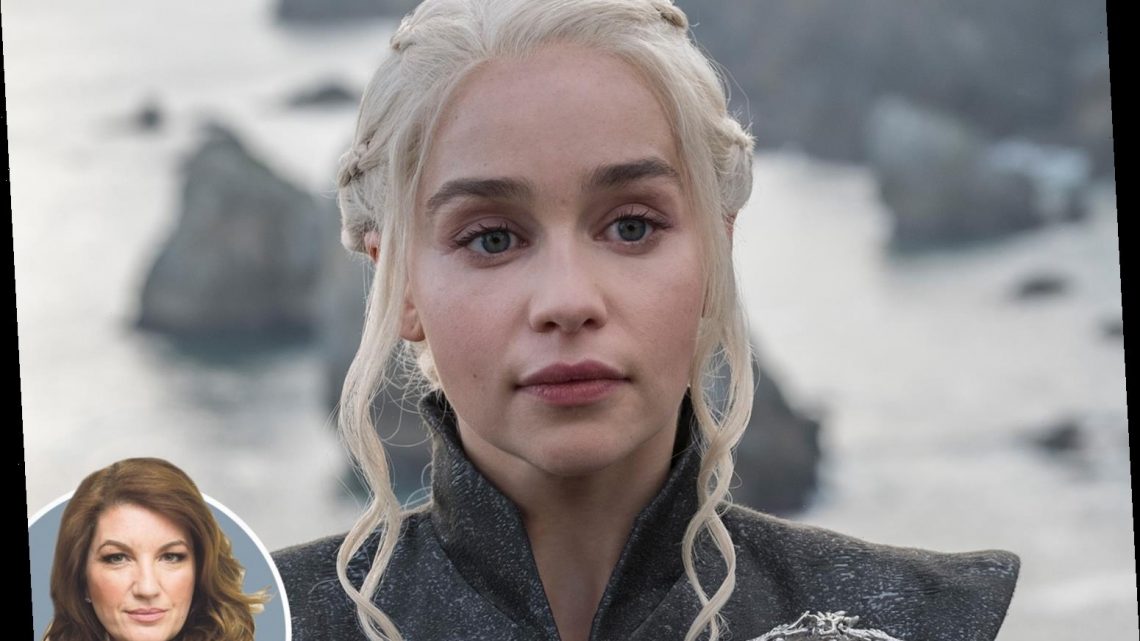 After Emilia Clarke was ‘guilted’ into getting naked for Game of Thrones, why is only female nudity essential to plots? – The Sun

SEEING the leading lady naked – or even the more minor female characters in a film or telly show – is so commonplace, most of us barely even blink when it happens.

And most of us have probably never even considered the behind-the-scenes pressure that might have been put on those actresses to take their clothes off. 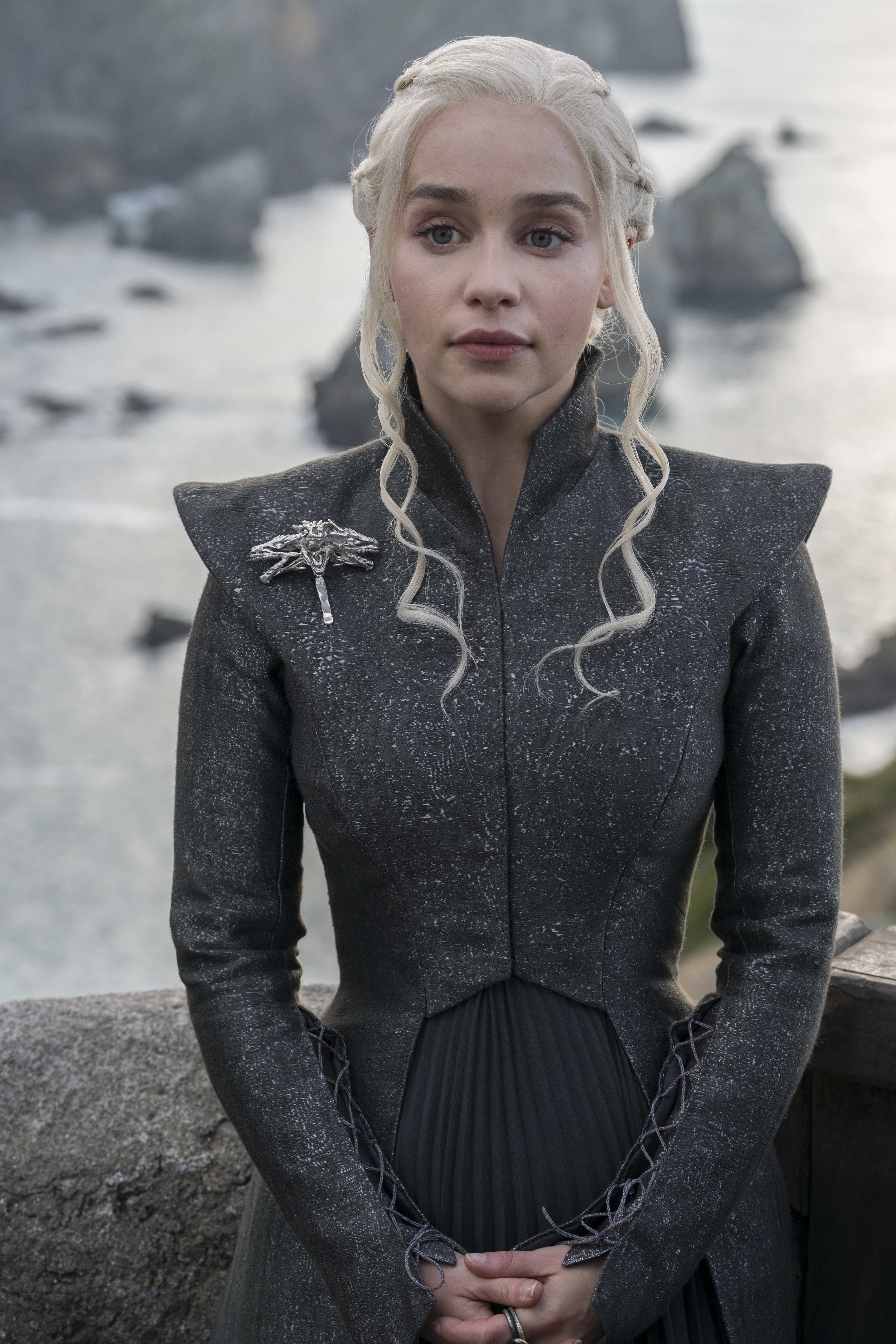 So hearing Emilia Clarke explaining how she was “persuaded” into agreeing to the nude scenes in Game Of Thrones — when she really didn’t want to — made rather uncomfortable reading.

She was only 23 and a complete unknown when she was cast as Daenerys Targaryen.

She said on a podcast this week: “I took the job and then they sent me the scripts and I was reading them, and I was like, ‘Oh, there’s the catch!’ ”

When she raised objections to her nudity, she was told she would “disappoint fans”. Does that not sound a bit like, you know, manipulation?

“But I’d come fresh from drama school and I approached it as a job — if it’s in the script then it’s clearly needed,” she said, describing herself as having “imposter syndrome, times a million”.

As a result, she couldn’t voice her concerns. So she agreed. But she was in tears before shooting certain “terrifying” nude scenes.

Of course she cried. After all, the idea that you’d be disappointing fans by not getting your kit off surely implies that you are valued primarily for your naked body, right? And no one really wants to think that that is the best they’ve got to offer.

BE BRAVE, SAY NO

You can picture it, can’t you? This young, inexperienced actress being told she has to take her clothes off and parade around naked in front of an entire cast and crew, while somewhere in the background was a male crew member with a big smile on his face. It’s grim.

By the way, I take issue with the concept that nudity can be essential. You know why? Because it’s almost always women who appear naked — while men always seem to have an artfully arrayed blanket, loincloth or fur rug protecting their modesty.

So when people say nudity is “artistic” and “essential to the script”, I think that’s just BS. Nudity attracts more viewers. End of.

Of course, some people will say that Emilia agreed to take her clothes off — that she was happy to do it when she was a “nobody” making her way in the business, that she wasn’t forced, and that, only now she has made millions, has she changed her mind.

But the point is that she was made to feel that she HAD to do it to get the part.

And her story is reminiscent of the many young women who have said they felt they “had” to get on the casting couch in order to work with Harvey Weinstein.

There are so many things about Emilia’s account that feel wrong.

GO WITH YOUR GUT

Her feeling she had no choice about being naked on camera if she wanted the job, the pressure she was put under and her feeling scared to make any demands at all because she was only 23.

Unfortunately, her experience mirrors that of so many women who don’t feel entitled to speak their mind and refuse to do things they don’t want to do — whether out of the feeling of needing to “please” or gratitude for having a job.

But there is something about this story that gives me hope. Emilia, who is now 33, has found her voice. She is ten years older, very successful and, as a result, she feels able to be more demanding.

“I’m a lot more savvy with what I’m comfortable with, and what I am OK with doing,” she said.

I’d really like to use this opportunity to encourage all women to listen to their guts, to try to be brave enough to say no to things that feel wrong, and to speak up about what they want and what they think is right. But also, let’s dare to feel hopeful.

While this story is depressing, and not particularly shocking, I think this kind of thing is less likely to happen now, in the post-#MeToo era.

I think that, FINALLY, things are changing. And thank goodness for that. 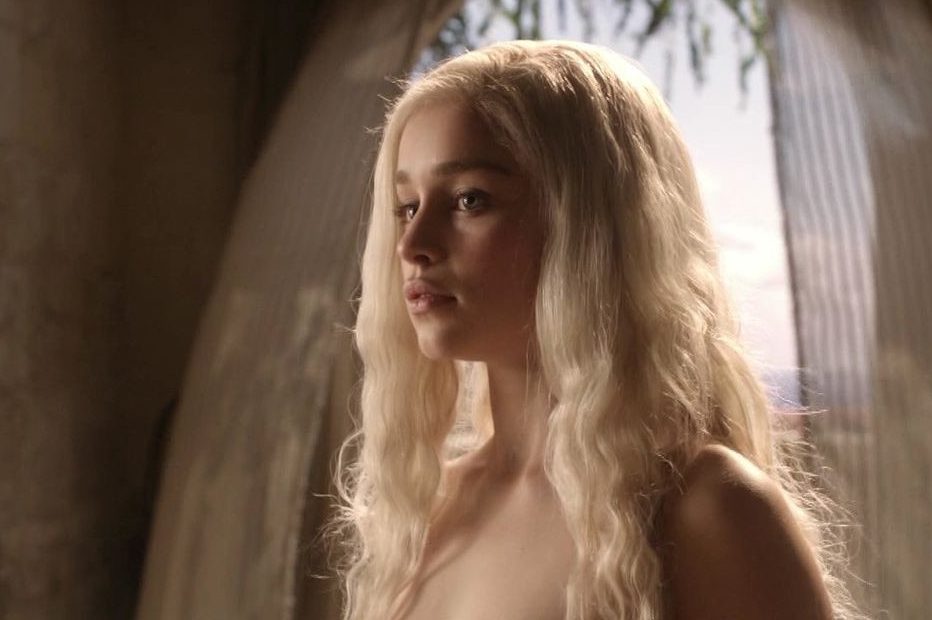 I KNOW men are under increasing pressure to look like they work out.

But surely there’s a better way to achieve that than by pumping three litres of petroleum jelly into each arm. 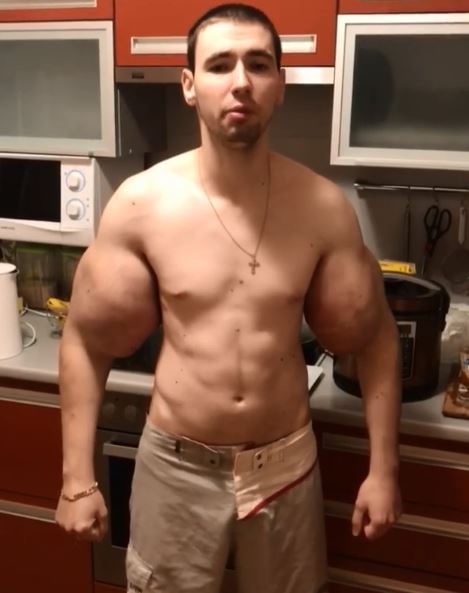 That is what 23-year-old Kirill Tereshin – the Russian ex-soldier nicknamed “Popeye” for his huge biceps – did.

He had 3lb of dead muscle removed by surgeons, and was warned he could die or face amputation if he did not get rid of the petroleum jelly.

I guess this is a reminder either of the pressure on men to look like He-Man, or that some people out there really are this stupid.

No one cares, Megan

IT never fails to amaze me the degree to which some reality stars think we are all fascinated by the minutiae of their lives.

Take Megan Barton Hanson, the 25-year-old former Love Island contestant, who is busying herself with candid confessions about her love life after rekindling her romance with Brit singer Chelcee Grimes.

“I’d say I prefer dating girls, it’s more romantic and cutesy. I can’t ever see myself getting back with a guy.

Thanks for sharing that Megan Barton Hanson. I hate to tell you this, but no one really cares.

HAS anyone else seen the trailer for the new movie of Cats, featuring Taylor Swift as Bombalurina?

The film uses CGI technology to transform an undeniably A-list cast including Judi Dench and Jennifer Hudson into, well, cats. 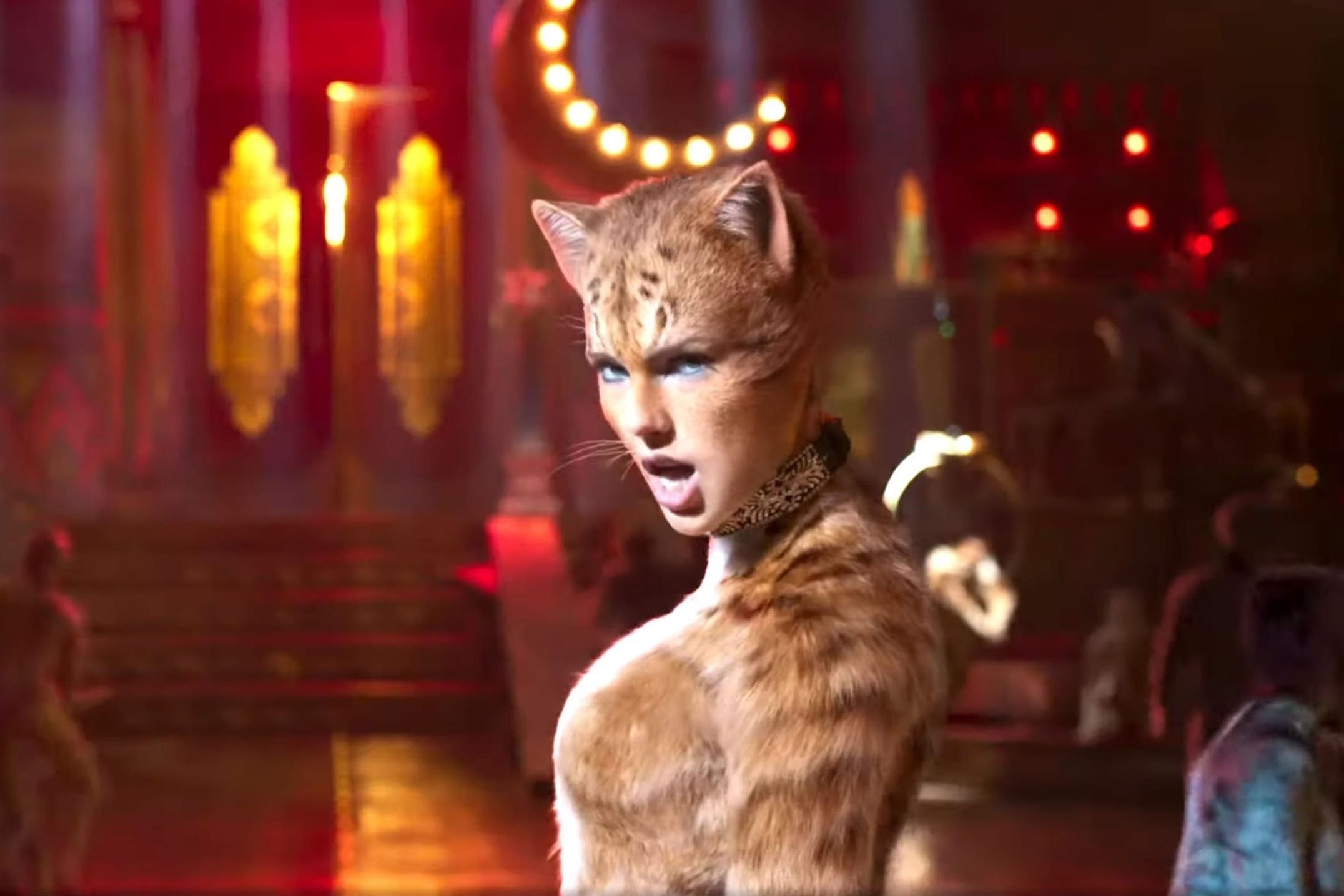 Watching it made me feel like sometimes technology is a bit too good. In fact, the resulting human-cat hybrid is downright creepy.

Perhaps part of the issue, though, is that I don’t really get why they are making the movie in the first place. But then again, I am a dog person.

I HAD to laugh, watching the video of Jennifer Garner spending 25 minutes looking for her car after forgetting where she parked it.

She was brave enough to share footage of herself wandering aimlessly around a car park looking for her ride after she forgot where she had left it on Wednesday.

And when she finally found it, she joked about how “rude” it is to move someone’s car without them knowing it.

Don’t you just love it when celebrities do things that make you realise they really are just like us?

Andrew's facing up to shame

THE full-blown crisis at the Palace, otherwise known as Prince Andrew, is set to continue with the Queen having to step in and strip him of all his royal duties.

For a man who has spent his whole life never having to answer to anyone, it’s bound to have come as a shock to be told what he can, or more pointedly can’t, do. 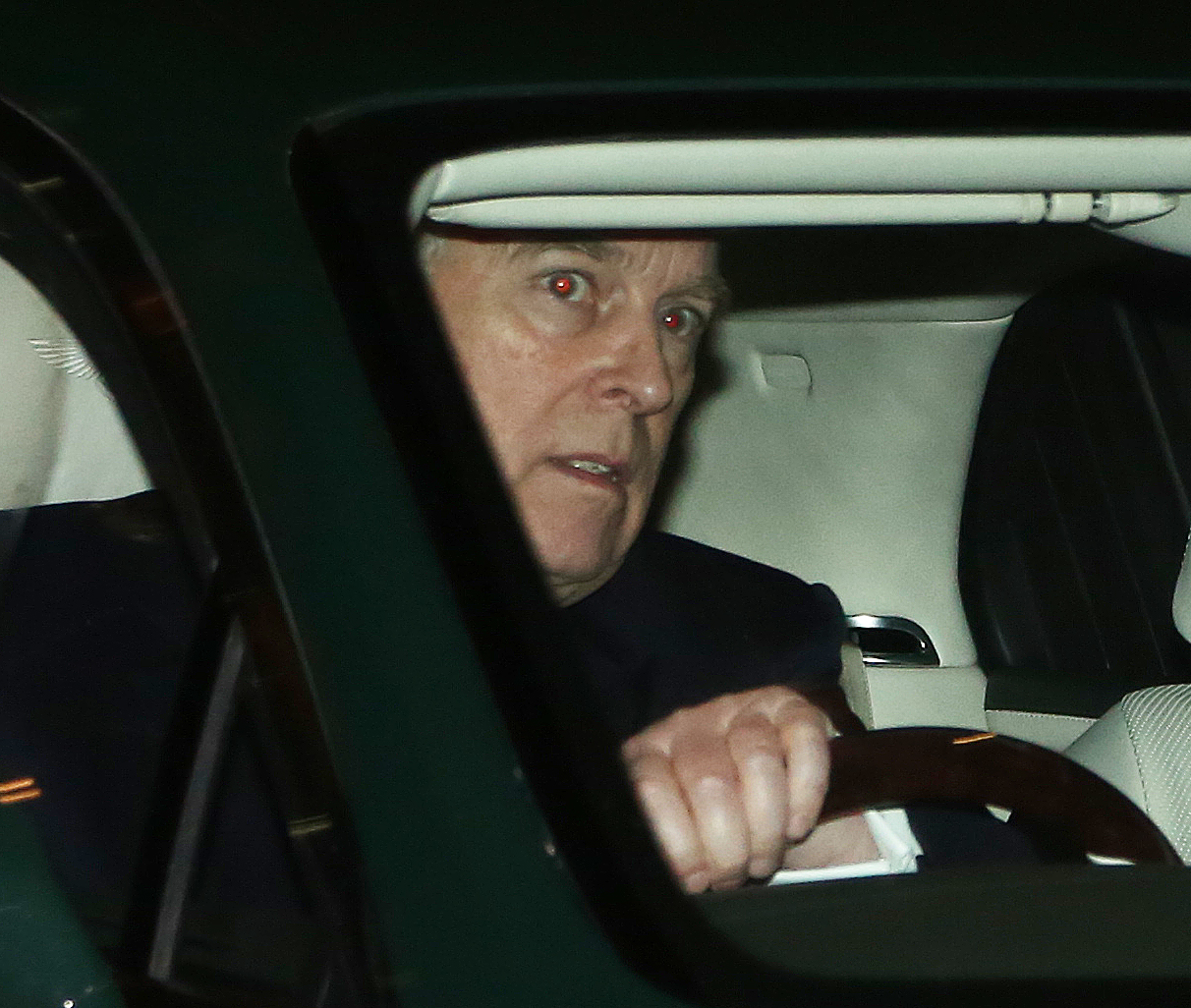 Looking at his expression as he drove away from the Palace having had an audience with the Queen, we didn’t need to know what had been said to him, his face told the full story.

He obviously has had it spelled out clearly to him. And talking about his face, he genuinely looks like he has aged 20 years in a week. Shame can do that to you.

So much pressure to deliver

I HONESTLY wasn’t sure whether to laugh or cry, reading about former Love Island contestant Hannah Elizabeth having a blow-dry and makeover for the birth of her son Reggie two weeks ago.

“I wasn’t going to meet my son looking rough, was I?” she said on Instagram, adding: “Yes, haters, I did have make-up on after giving birth. Actually, I had had a curly blow, pins, curls, the lot.” 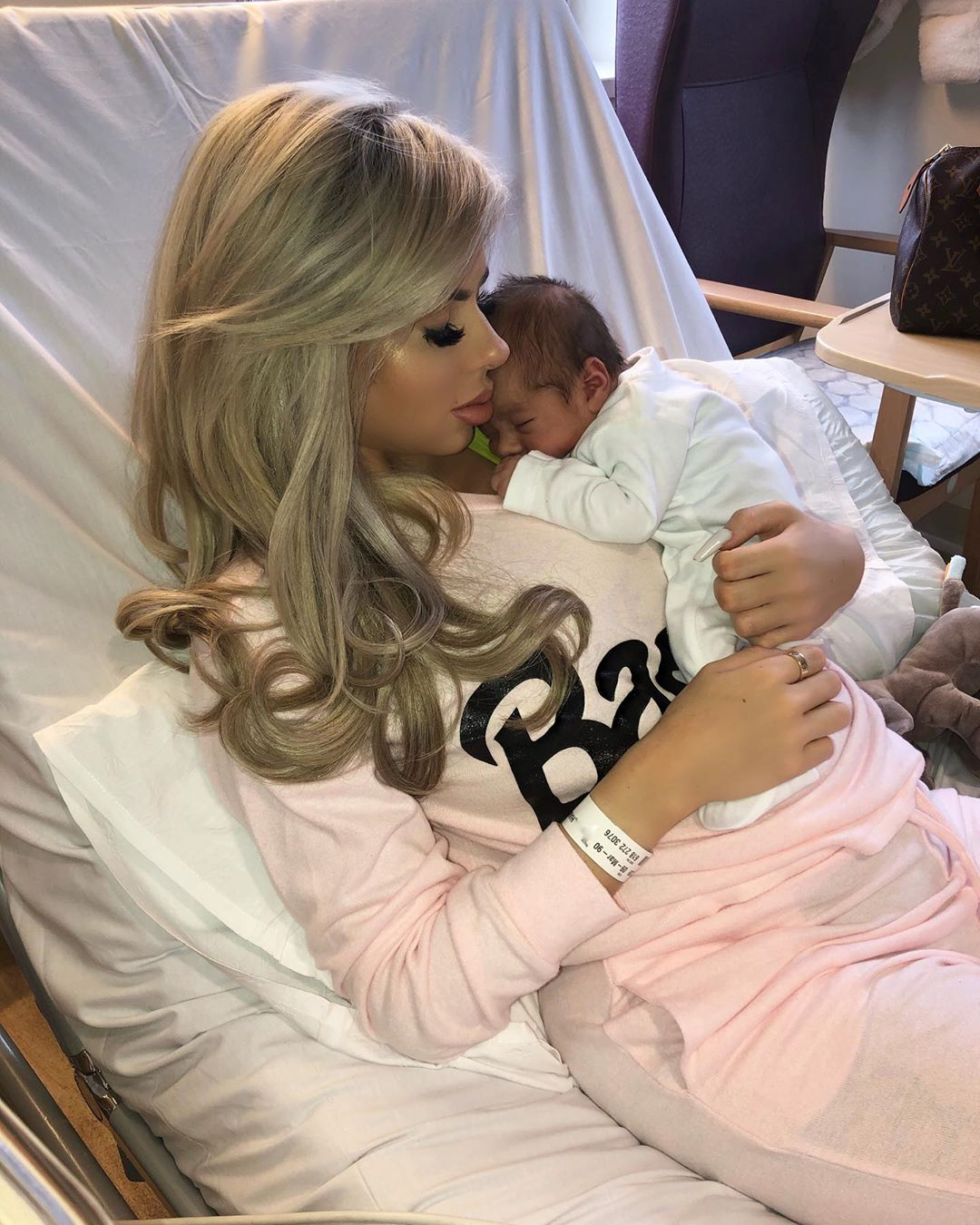 I guess she was feeling defensive because she was under attack for focusing on her appearance, as well as her baby.

The problem is, with all the pressure on new mums to look like they’ve never even been pregnant, who can blame her for doing so?

My view is, each to their own. Hannah should be able to feel free to do exactly what she wants. But I have to say the last thing on my mind after I had given birth was my hair or my lashes.

And the very idea of posting a picture on Instagram within even a few weeks of giving birth, truth be told, would have been unthinkable.

But that is just the point. There is no comparison between when I gave birth and now, because there was no such thing as social media 23 years ago.

So when we roll our eyes about the women who wear lipstick in labour, I guess we have to seriously check our privilege because that pressure to look “fabulous” within moments of becoming a mum simply didn’t exist back then. And thank God it didn’t.

WATCHING the news over the past couple of weeks, I’ve really been feeling for businesswoman Pam Webb.

She runs the luxury Truffle Lodge spa in Fishlake, near Doncaster, and was devastated to find that it was not covered by her insurance after it was flooded out.

She had been looking forward to a fabulous Christmas with all the facilities fully booked. Then the rains came and closed her spa down for the foreseeable future.

She said she only then discovered a flooding exemption had been added to her policy without her realising – meaning she will receive no compensation.

That’s the thing about insurance, it’s a great idea until you need to claim and realise there is “small print”.