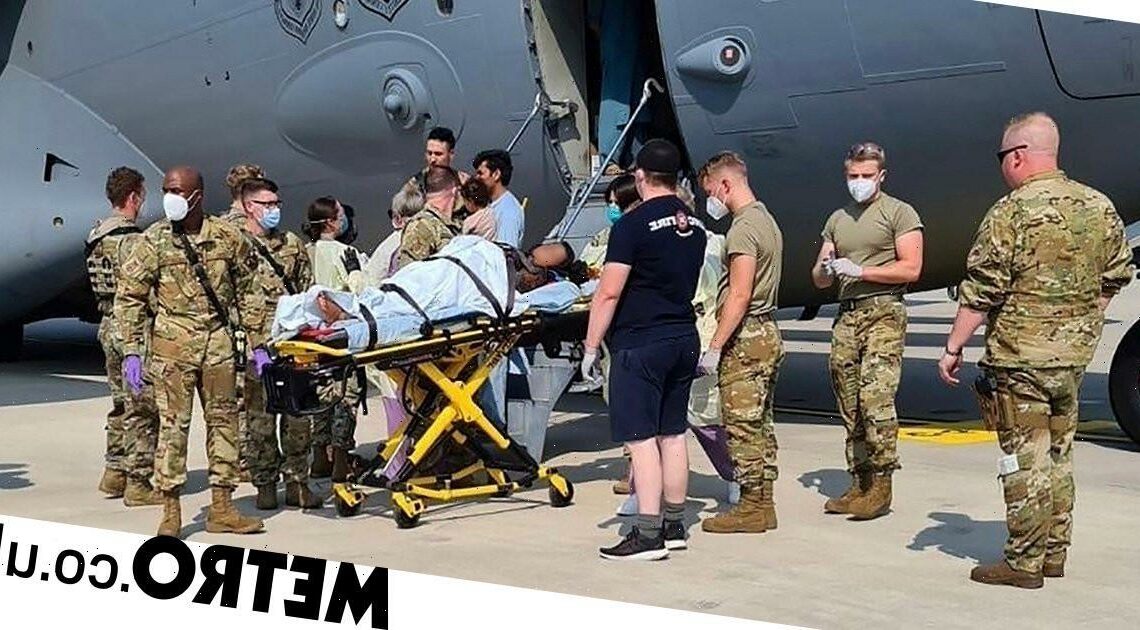 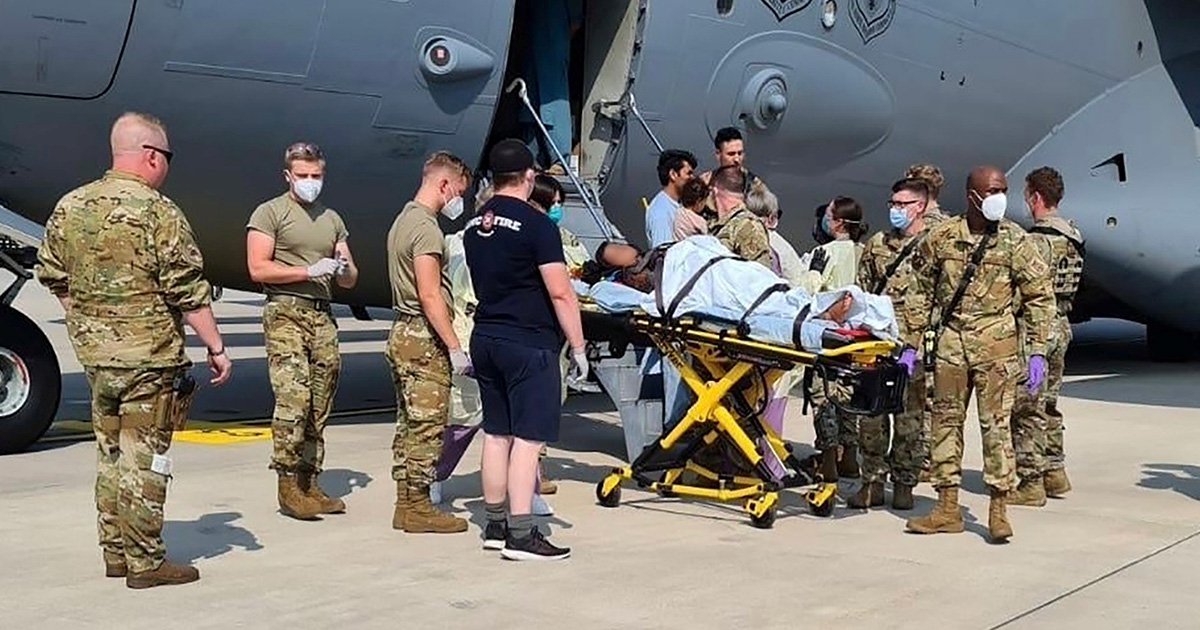 An Afghan woman being evacuated from Kabul airport has given birth after going into labour on a military plane.

The US military has confirmed the pregnant woman was on board an air force C-17 being used in the airlift operation when her baby started to arrive.

She was being taken to Ramstein Air Base in Germany, which is being used as a transit post for evacuees.

The US military’s Air Mobility Command tweeted that the mother began experiencing complications during the flight on Saturday.

It said: ‘The aircraft commander decided to descend in altitude to increase air pressure in the aircraft, which helped stabilise and save the mother’s life.’

US military doctors boarded the plane and delivered the baby in the aircraft’s cargo bay when it landed at the base.

According to the spokesperson, ‘the baby girl and mother were transported to a nearby medical facility and are in good condition’.

The news is a rare hopeful story emerging from what is an increasingly desperate and deadly situation.

This morning, the Ministry of Defence confirmed that seven more people have lost their lives around Hamid Karzai International Airport.

Tens of thousands of people fleeing the Taliban are trying to get to the gates of the airport, the last functioning route out of the country, resulting in horrific crushes.

On Saturday, the US embassy told its citizens to stay away from the airport unless instructed to travel amid reports security forces are increasingly concerned about the threat from Isis.

While there haven’t been any confirmed attacks yet, an anonymous US official told the Associated Press news agency they are concerned the airport could become a target.

Aircraft have been seen firing flares ahead of take-off, a technique used to confuse heat-seeking missiles, and others have made rapid combat-style landings to reach the relative safety of the airstrip more quickly.

Commenting on the most recent deaths, a Ministry of Defence spokesperson said: ‘Our sincere thoughts are with the families of the seven Afghan civilians who have sadly died in crowds in Kabul.

‘Conditions on the ground remain extremely challenging but we are doing everything we can to manage the situation as safely and securely as possible.’