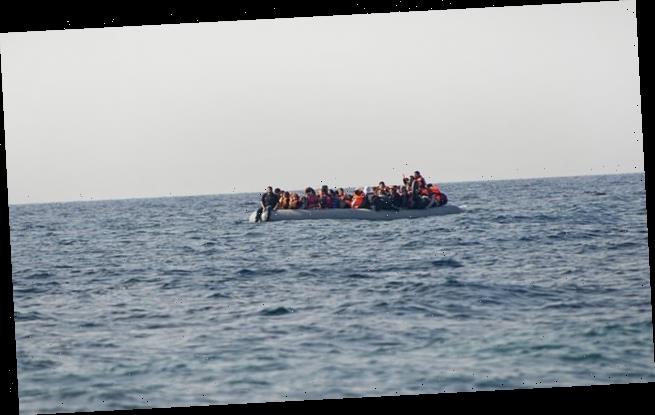 An Afghan man has been charged with endangering his son’s life after the six-year-old died while trying to reach the Greek island of Samos by boat.

The 25-year-old father faces up to 10 years in prison if found guilty of the charge, which one NGO described as a ‘direct attack on the right to seek asylum’.

The father and son were among 25 people who boarded a boat in Turkey, hoping to claim asylum in Europe, The Guardian reported.

However the vessel – believed to be a dinghy – reportedly capsized in the Aegean Sea.

The child’s body was later found on the shores of Samos. His cause of death has not been confirmed.

The six-year-old was discovered next to a pregnant woman who had survived and later gave birth.

The Greek coastguard were informed of the incident in the early hours of Sunday but did not find any passengers at the scene, a spokesperson told The Guardian, adding that all the passengers were later found along the shore.

It is not clear how many were found alive. 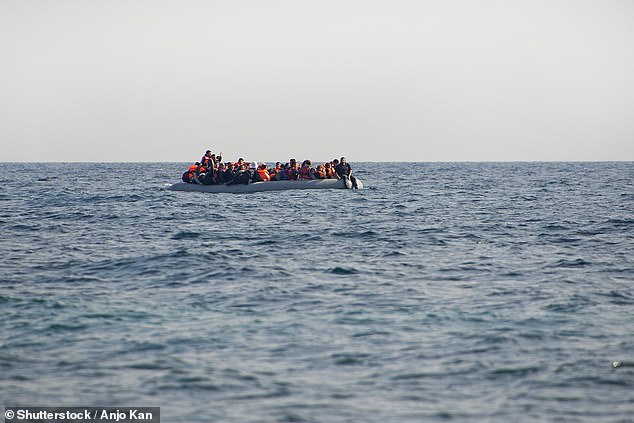 An Afghan father has been charged with endangering his son’s life after the six-year-old died while they attempted to reach Greece by boat. Pictured: Asylum seekers arriving to a Greek island on a rubber dinghy in 2016 [File photo]

A 23-year-old man believed to have been in charge of the boat has been arrested, while the boy’s father is now in quarantine, as per rules for all asylum seekers arriving in Greece.

His lawyer hopes he will soon be tested for coronavirus and released so that he can organise a funeral for his son.

The lawyer, Dimitris Choulis said it took authorities hours to mount a rescue mission for those on the boat.

‘My concern about this case is not only the delay on the rescue mission,’ he told The Guardian.

‘[But also] there is a bigger concern that these charges are going to be used as one more obstacle to any asylum seeker to actually come here to apply for asylum.

‘If [asylum seekers] know that if you get into a boat with your family you will be criminally charged because you put them in danger, then we create more obstacles for people to arrive here.’ 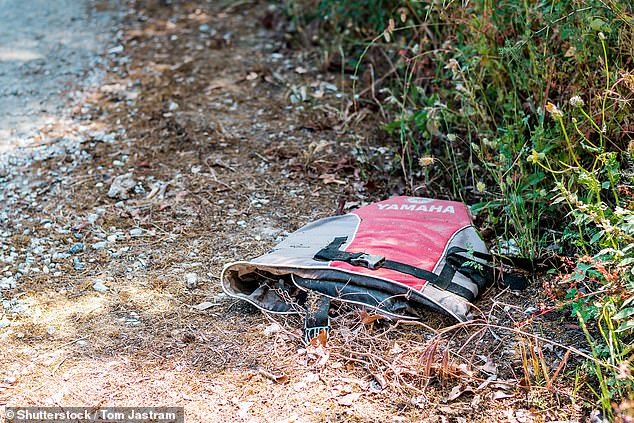 The 25-year-old father faces up to 10 years in prison if found guilty of endangering his son’s life. He is one of at least 9,306 asylum seekers to reach Greece by boat this year, according to figures from the UN refugee agency. Pictured: A broken life jacket on a beach on the Greek island of Samos in 2019 [File photo]

Another lawyer and director of HIAS Greece, which provides free legal advice to asylum seekers, said the criminal charges against the father were unheard of outside of refugee camps.

‘In other cases of shipwrecks that have happened since 2015, including those resulting in deaths, we never witnessed criminal charges being pressed on asylum seekers during their entrance in the country,’ he told The Guardian.

‘We have witnessed such charges pressed for the same reasons at refugee camps in the country before, but never before in an entry point. So this clearly signifies a shift of approach.’

NGOs have also criticised the legal action, with Josie Naughton, CEO of refugee charity Choose Love, telling The Guardian that the charge ‘clearly reflects the failure of European migration and asylum policy.’

‘With the failure to establish safe and legal routes for seeking safety in Europe, politicians are knowingly forcing people to take dangerous journeys by sea.

‘These charges against a grieving father are unjust and a direct attack on the right to seek asylum. The European Union urgently needs to find a humane, rights-based solution,’ she said.

Last month, an 37-year-old Iranian skipper of a boat which capsized in the Channel killing a family of five was charged with aggravated manslaughter in the UK. 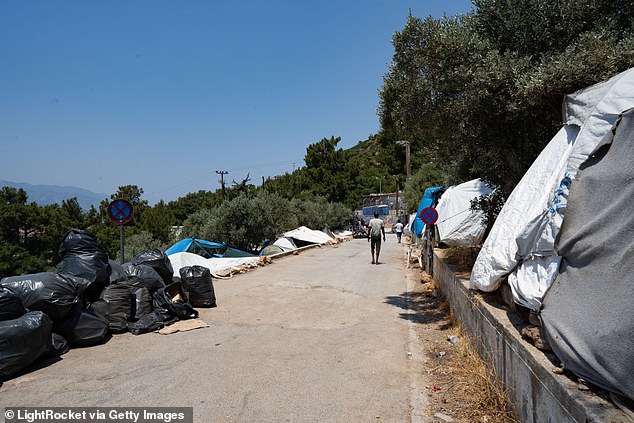 Piles of rubbish and tents are seen on a hillside outside the official refugee camp in Samos, Greece in 2019. Asylum seekers arriving to Greece now have to quarantine as part of measures to curb the spread of the coronavirus [File photo]

Thousands of asylum seekers arrive to Greece each year by boat, with 9,306 reaching the country by sea this year, according to data from the UN’s refugee agency (UNHCR).

The total is down considerably from the 856,723 people who arrived at the height of Europe’s refugee crisis in 2015.

The majority who made the perilous journey so far this year were Afghan and Syrian, while other Middle Eastern and African countries were also represented in large numbers.

Many leave from Turkey or Libya in overcrowded, unseaworthy vessels, often falling under the influence of people traffickers.

Last year, 70 asylum seekers died while attempting sea crossing to Greece, according to the UNHCR. Data for this year is not yet available.