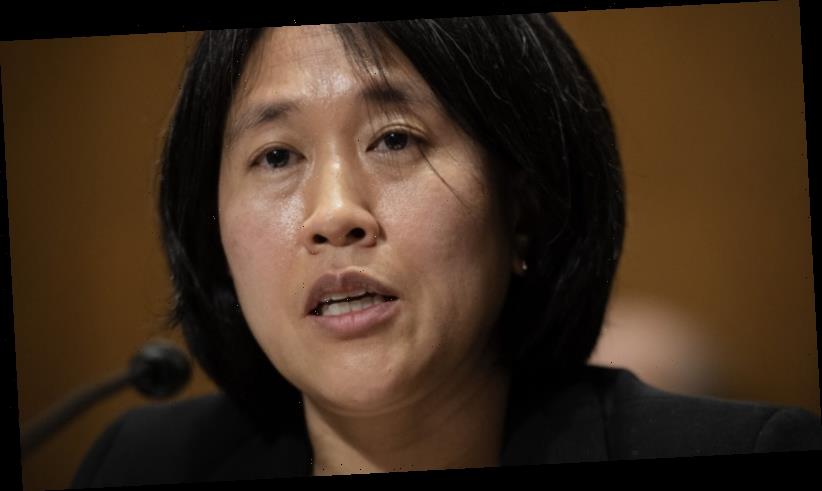 ‘A revolution’ in Washington as ‘free trade’ is no longer king

Washington: For decades, the principle of “free trade” inspired a kind of religious reverence among most American politicians. Lawmakers, diplomats and presidents justified their policies through the pursuit of freer trade, which, like the spread of democracy and market capitalism, was presumed to be a universal and worthy goal.

But as the Biden administration establishes itself in Washington, that longstanding gospel is no longer the prevailing view. 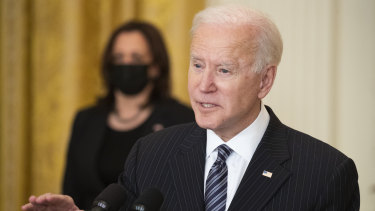 The US President is expected to “Biden-ise” Trump’s America First trade policy.Credit:Bloomberg

Political parties on both the right and left have shifted away from the conventional view that the primary goal of trade policy should be speeding flows of goods and services to lift economic growth. Instead, more politicians have zeroed in on the downsides of past trade deals, which greatly benefited some American workers but stripped others of their jobs.

President Donald Trump embraced this rethinking on trade by threatening to scrap old deals that he said had sent jobs overseas and renegotiate new ones. His signature pacts, including with Canada, Mexico and China, ended up raising some barriers to trade rather than lowering them, including leaving hefty tariffs in place on Chinese products and more restrictions on auto imports into North America.

The Biden administration appears poised to adopt a similar approach, with top officials like Katherine Tai, the nominee to run the Office of the US Trade Representative, promising to focus more on ensuring that trade deals protect the rights and interests of American workers, rather than exporters or consumers.

Tai, who speaks fluent Chinese, has received broad support from former colleagues in Congress, both Democrats and Republicans and on Wednesday she was confirmed by the Senate with a vote of 98-0.

President Joe Biden and his advisers have promised to review the impact that past trade policies have had on economic and racial inequality, and put negotiating new trade deals on the back burner while they focus on improving the domestic economy.

And they have not yet made any moves to scale back Trump’s hefty tariffs on foreign products, saying that they are reviewing them, but that tariffs are a legitimate trade policy tool.

In her hearing before the Senate Finance Committee on February 25, Tai emphasised that she would help usher in a break with past policies that would “pit one of our segments of our workers and our economy against another.”

While Tai reassured senators that she would work with them to promote exports from their districts, she called for a policy that would focus more on how trade affects Americans as workers and wage earners.

When asked by Senator Patrick Toomey, a Republican, a noted free trader, whether the goal of a trade agreement between two modern, developed economies should be the elimination of tariffs and trade barriers, Tai declined to agree, saying she would want to consider such agreements on a case-by-case basis.

“Maybe if you’d asked me this question five or 10 years ago, I would have been inclined to say yes,” Tai responded. But after the events of the past few years — including the pandemic, the Trump administration’s trade wars and a failed effort by the Obama administration to negotiate a Pacific trade deal —“I think that our trade policies need to be nuanced, and need to take into account all the lessons that we have learned, many of them very painful, from our most recent history,” she said.

In his first major foreign policy speech on March 3, Secretary of State Antony J. Blinken also said that the calculus on free trade had changed.

“Some of us previously argued for free trade agreements because we believed Americans would broadly share in the economic gains,” he said. “But we didn’t do enough to understand who would be negatively affected and what would be needed to adequately offset their pain.”

“Our approach now will be different,” Blinken said. 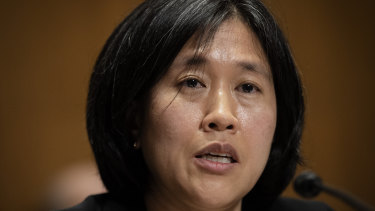 Clyde Prestowitz, a US negotiator in the Reagan administration, called the administration’s statements on trade “a revolution.” While Robert E. Lighthizer, Trump’s trade representative, also parted with the conventional wisdom on trade, he was seen as an exception, a former steel industry lawyer steeped in protectionism, Prestowitz said.

“Now here is Ms Tai, with a mostly government official career behind her, talking without making any of the formerly necessary gestures toward the sanctity and multitudinous bounties of free trade,” Prestowitz said. “The conventional wisdom on trade no longer has an iron grip on policymakers and thinkers.”

Like Tai and Lighthizer, many past presidents and trade officials emphasised fair trade and the idea of holding foreign countries accountable for breaking trade rules. But many also paid homage to the conventional wisdom that free trade itself was a worthy goal because it could help lift the economic fortunes of all countries and enhance global stability by linking economies.

That idea reached the height of its popularity under the presidencies of George H.W. Bush, Bill Clinton and George W. Bush, where the United States negotiated the North American Free Trade Agreement, led the talks that gave the World Trade Organisation its modern format, granted China permanent normal trading relations, and sealed a series of trade agreements with countries in Latin America, Africa and the Middle East.

President Barack Obama initially put less emphasis on free trade deals, instead focusing on the financial crisis and the Affordable Care Act. But in his second term, his administration pushed to sign the Trans-Pacific Partnership, which came under criticism from progressive Democrats for exposing American workers to foreign competition. The deal never won sufficient support in Congress.

For Democrats, the downfall of that deal was a turning point, propelling them toward their new consensus on trade. Some, like Dani Rodrik, a professor of political economy at Harvard, argue that recent trade deals have largely not been about cutting tariffs or trade barriers at all, and instead were focused on locking in advantages for pharmaceutical companies and international banks.

David Autor, an economist at the Massachusetts Institute of Technology, said that economic theory had never claimed that trade makes everybody better off — it had said that trade would raise overall economic output, but lead to gains and losses for different groups.

But economists and politicians alike underestimated how jarring some of those losses could be. Autor’s influential research shows that expanded trade with China led to the loss of 2.4 million American jobs between 1999 and 2011. China’s growing dominance of a variety of global industries, often accomplished through hefty government subsidies, also weakened the argument that the United States could succeed through free markets alone.

Today, “people are much more sensitive to the idea that trade can have very, very disruptive effects,” Autor said. “There’s no amount of everyday low prices at Walmart that is going to make up for unemployment.”

But Autor said that while the old consensus was “simplistic and harmful,” turning away from the ideal of free trade held dangers too. “Once you open this terrain, lots of terrible policies and expensive subsidies can all march in under the banner of the protection of the American worker,” he said.

Some have argued that the approach could forgo important economic gains.

William Reinsch, the Scholl Chair in International Business at the Centre for Strategic and International Studies, wrote that Americans had come to understand that the argument that “a rising tide would lift all boats” is not always correct.

“A rising tide does not lift all boats; it only lifts some boats, and for a long time, workers’ boats have been stuck in the muck while the owners’ yachts flow free,” he wrote. However, Reinsch added, “no tide lifts no boats. In economic terms, if we forgo the expansion of trade, we do not get the benefits trade provides, and there is nothing to distribute.”

It remains to be seen how much the Biden administration will adhere to the Trump administration’s more protectionist policies — like keeping the tariffs on foreign metals and products from China.

In an interview in January, Lighthizer said that the Trump administration had reoriented trade policy away from the interests of multinational businesses and the Chamber of Commerce and toward working-class people and manufacturing, goals that Democrats also support. He said the Biden administration would try to make trade policy look like their own, but ultimately “stay pretty close.”

“The goal is creating communities and families of working people, rather than promoting corporate profits,” Lighthizer said.

“I think the outlines of what we’ve done will stay. They will try to Biden-ise it, make it their own, which they should do, but I’d be surprised if they back away from the great outline of what we’ve done and how we’ve changed the policy.”

Tai has acknowledged some similarities between the Biden and Trump administration’s goals, but emphasised the difference in their tactics.

In her confirmation hearing, she said that she shared the Trump administration’s goal of bringing supply chains back to America, but that the prior administration’s policies had created “a lot of disruption and consternation.”

Who's in the cast for series 11 of Taskmaster?