Home » World News » A New Hampshire woman accused of drug possession and stalking posed as a prosecutor to dismiss her own charges, officials say

A New Hampshire woman accused of drug possession and stalking posed as a prosecutor to dismiss her own charges, officials say 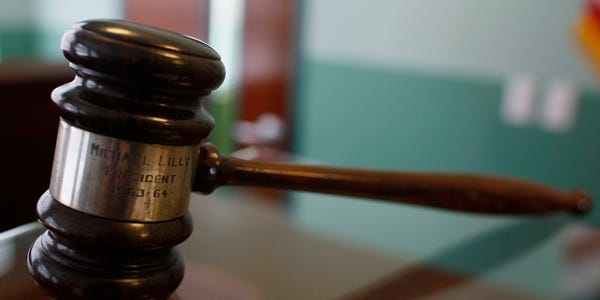 A woman in New Hampshire who was accused of drug possession and stalking posed as a prosecutor in order to drop her own charges, according to authorities.

Lisa Landon, 33, is accused of submitting fake documents in three separate court cases from November and December 2019, using New Hampshire's online court document filing system in an attempt to have the charges in each case dropped, the New Hampshire Union Leader reported Tuesday.

Landon, from Littleton, also filed a falsified decision purported to be from a retired New Hampshire Superior Court Judge, which called for filing fees in a case to be dropped, prosecutors said in newly released indictments reported by the Union Leader.

It's unclear exactly how Landon was able to access the court filing system while posing as a prosecutor.

The alleged scheme was revealed by a state medical examiner, who was scheduled to perform a competency exam on Landon and reached out to Hillsborough County prosecutors asking about the new court documents dropping charges.

"The file purported to contain a nolle prosequi (drop the charges) filed by Assistant County Attorney Patrice Casian, but it quickly became evident to the State that the document, as well as other documents in the file, had been filed fraudulently," Superior Court Judge David Anderson wrote in a ruling on the case seen by the Union Leader.

Landon has been charged with six counts of falsifying evidence and one charge of false personation.