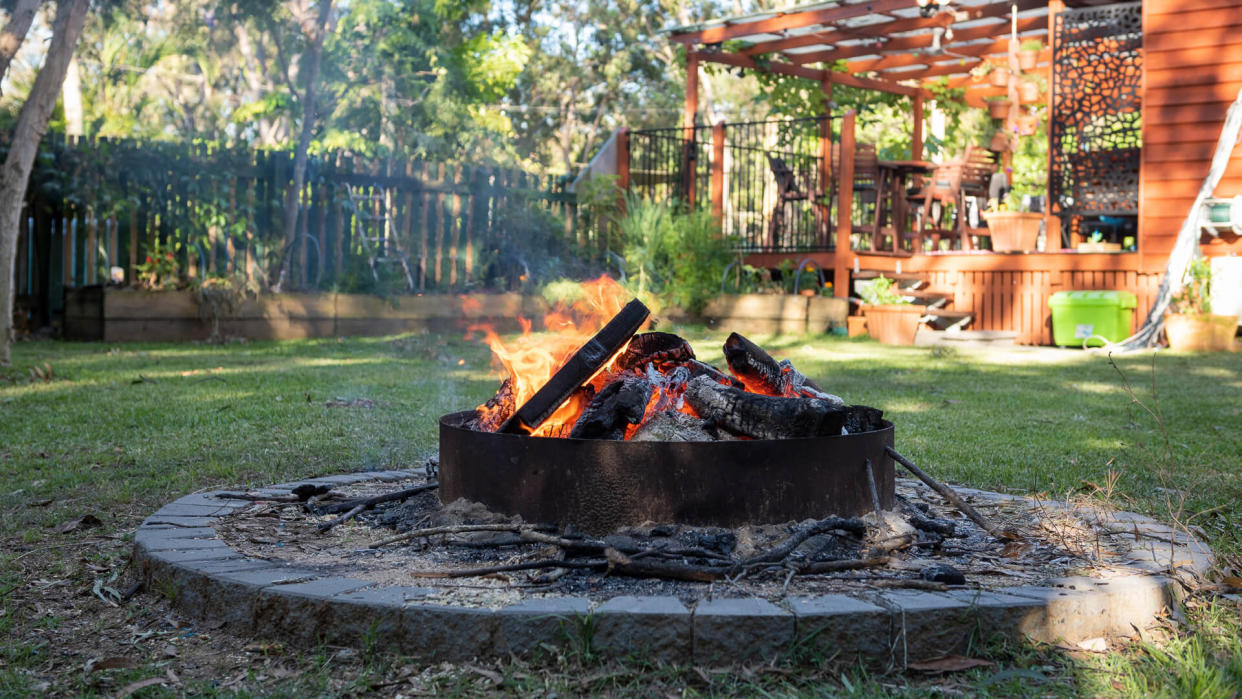 The homebuying process is long, stressful, complicated, frustrating and expensive.

Filling a new house up with stuff is supposed to be the fun part, but from kitchen appliances and home furnishings to backyard amenities and homeware, buyer’s remorse can quickly ruin the party.

Explore: GOBankingRates’ Best Credit Cards for 2023
See: 5 Things You Must Do When Your Savings Reach $50,000

In 2014, the Los Angeles Times reported that the average household contains 300,000 things — from children’s toys to paper clips to ironing boards — and it’s only gotten easier to have more stuff shipped to your door since then.

Most of those 300,000 things go unnoticed in day-to-day life, but a few common items continue to make homeowners wish they could go back in time over and over again.

To help you avoid falling into the same trap with the same ill-advised purchases, GOBankingRates asked the experts to reveal the things they most often see homeowners buy, only to wish they hadn’t. If any of these items are on your list, think twice before you click “buy.” 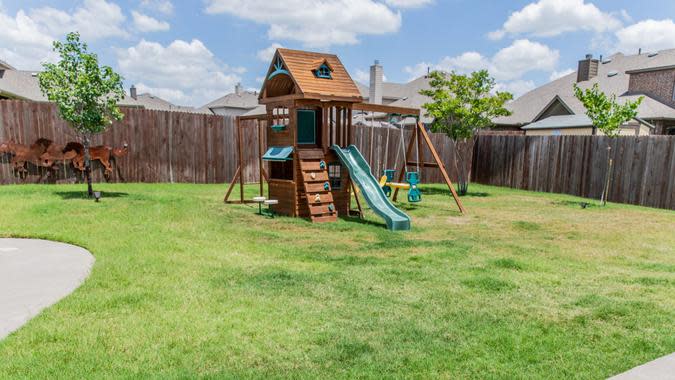 Kids Playground Equipment
If you buy a home with a backyard, it’s easy to imagine your children playing the day away on a swing set or climbing castle — the envy of all the other neighborhood children. In most cases, the novelty wears off fast, though, and unmaintained playground equipment quickly becomes an eyesore — an expensive eyesore.”These can run from $2,000 to $15,000 or more and are often left completely unused by the children after the first week,” said Dennis Shirshikov, strategist at Awning, a real estate company for investors. “Homeowners then either try to resell them for a fraction of the cost or hold out hope and let them slowly rot in their backyard.”Take Our Poll: Do You Think You Will Be Able To Retire at Age 65? 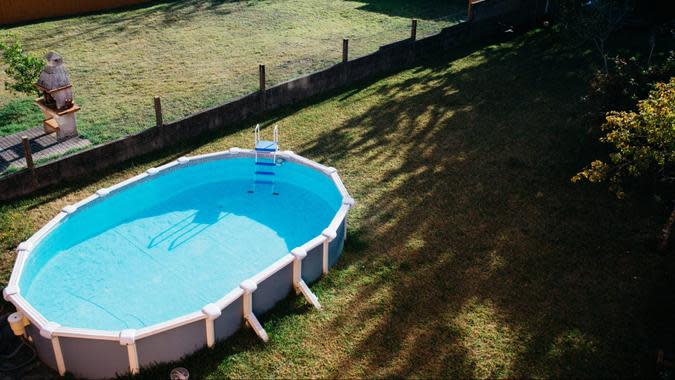 Above-Ground Pools
Like playground equipment, above-ground pools gobble up a huge part of the yard without a lot of ROI. They’re hard to care for, typically only used for one season, the kids lose interest quickly and they’re ugly if you don’t keep them in tip-top shape.”Above-ground pools require a large amount of maintenance, must be taken down in the winter, are often very cold, and are mostly left unused after the first week,” said Shirshikov. 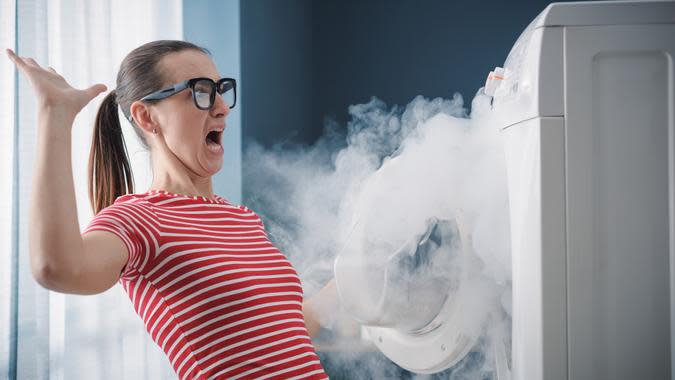 Cheap Stuff
The best things that any homeowner can buy are the ones they’ll never have to buy again. It’s natural to want to fill up a new house with stuff — even if it’s budget junk that doesn’t last — but unless it’s an immediate necessity, it’s better to save for a lifetime version of the same thing.”For a home to look good in the long run, you must invest in high-quality things,” said Judi Kutner, real estate agent and the head writer of Apartment Notes. “Low-quality will often break or damage over time, requiring new expenses.”Kutner mentioned major items like doors and flooring, but it’s not just the big stuff. Every snow shovel, every set of knives, every wall clock that you have to replace after a year or two is money down the drain. Most people, of course, are on a budget, but if you bought a home and you can’t afford homeware, you probably spent more than you can afford on your house. 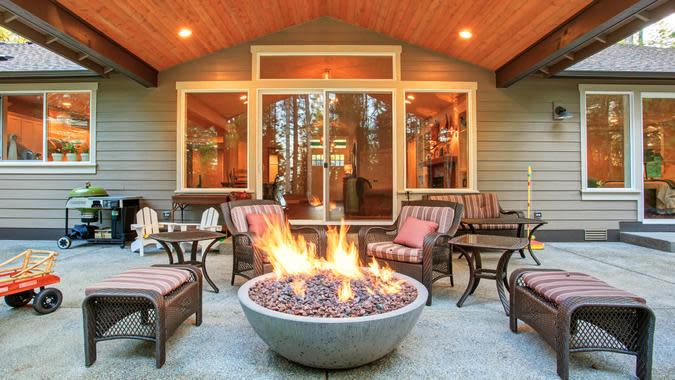 Outdoor Heaters
During the pandemic, Bill Samuel, a full-time residential real estate developer and founder of Blue Ladder Development, saw a significant increase in money spent on outdoor living spaces — firepits, televisions, outdoor kitchens, etc. In northern climates, outdoor heaters were a common upgrade to extend the season.”However, in most cases, the local building department will require the heaters to be installed at a specific height in the outdoor living space,” said Samuel. “The required installation height makes the heaters ineffective since the heat produced rises up out of the space. This is definitely a costly upgrade that I have seen many homeowners in the northern area regret.” 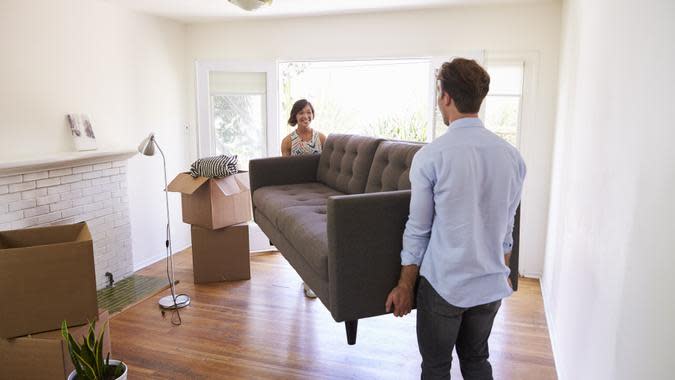 Oversized Furniture
Furniture shopping is one of the great joys for new homeowners. Who doesn’t love standing in the store and imagining themselves plopping down in that big recliner to watch the game or sprawled out on the giant L-shaped couch for movie night?But then you get it home.”One of the most regrettable expenses for any homeowner is large and expensive furniture that doesn’t fit the home, whether it’s the physical dimensions or the overall design,” said Ryan Fitzgerald, a Realtor Magazine “30 under 30” award winner and the owner of UpHomes. “To avoid having to return or try to sell large furniture pieces, ensure to measure out each room in the home and have a general idea of how you are going to design it before making any big purchases.”

High-End Major Appliances
Luxury appliances like refrigerators with glass doors and Wi-Fi can cost thousands of dollars — even five figures. But they mostly last the same decade or so as those that cost a few hundred bucks. The same goes for restaurant-style ovens, ultra-luxe dishwashers and the rest.”Many times, new homeowners, especially first-time homeowners, overindulge on appliances, only to realize they really didn’t need to spend that much on them,” said “Think like a REALTOR” author Jason Gelios of Community Choice Realty in Southeast Michigan. 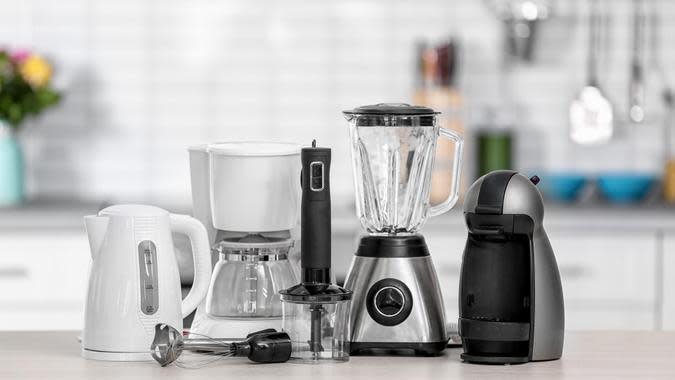 Too Many Small Appliances
It’s not just the big-ticket appliances that can drain your wallet. You can spend nearly as much by building a collection of rarely used Instant Pots, rotisserie ovens, rice cookers, ice-cream makers and every other small appliance that Amazon puts on sale every few weeks.”There are lots of offerings of different solutions for cooking out there such as air fryers, Thermomix, slow cookers or pasta makers that people purchase to equip their kitchen as best as they can,” said Damian Serwin, investment banking analyst and co-founder of Why Budgeting. “However, in reality, a lot of these appliances end up being unused and sit in the cupboard for years.”More From GOBankingRates6 Shakeups to Social Security Expected in the New Year
Get Top Holiday Shopping and Savings Tips
The 10 Best Rewards Credit Cards for 2023
7 Ways To Know You’re Ready To Start Investing