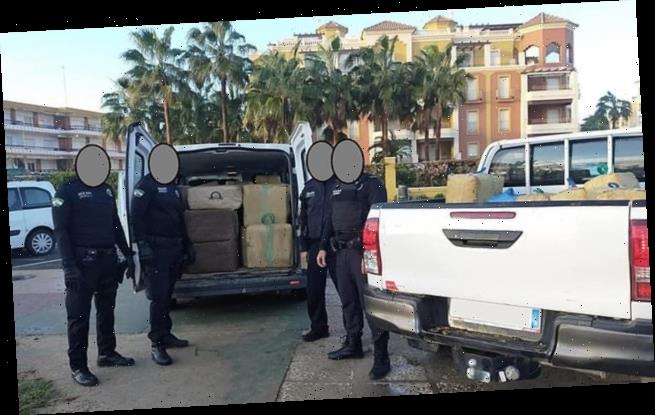 Three tons of cannabis have washed up in Spain after a speed-boat ferrying the £14million cargo ran aground in Storm Barbara.

Nearly 90 bales of cannabis resin washed up on Isla Canela beach near Ayamonte close to Spain’s south-west border with Portugal. Police had to use several vehicles to move them.

A high-speed vessel that had run aground was also seized so forensic experts could go over it for clues.

Officers recovered the drugs on Wednesday after heavy rain and gale-force winds swept through the area, bringing down trees and sinking boats anchored in pleasure ports. 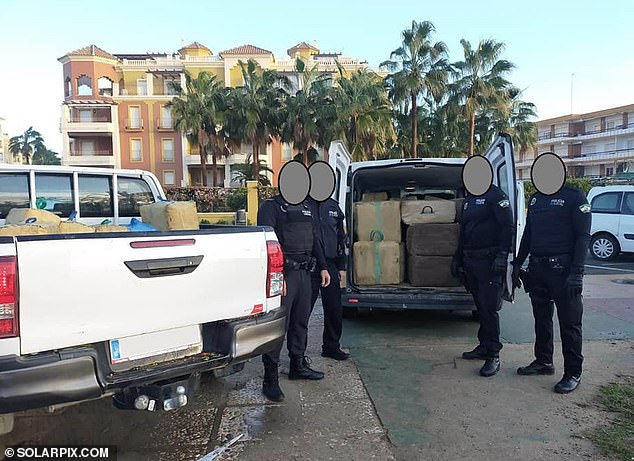 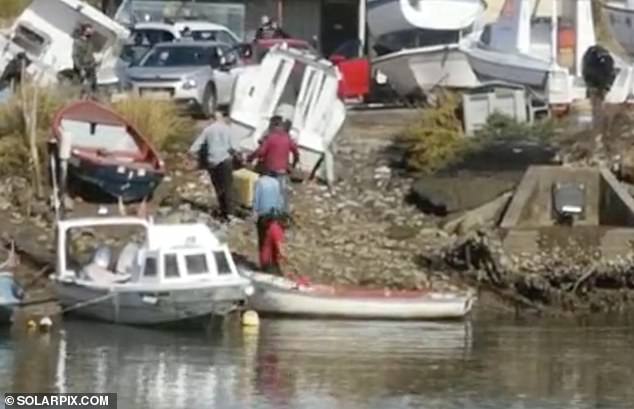 Detectives from another police force, the Civil Guard, have now launched an investigation. A few other bales are understood to have been fished out of an arm of the Guadiana River known as the Estero de Canela by locals.

‘The number of bales they recovered totals 86.

‘Civil Guard detectives are investigating. A narco boat with four engines has also been recovered.

‘We’d like to congratulate the officers for their work.’

At the start of February 80 tightly-wrapped bales of cannabis resin weighing the same amount washed up on a beach in Gibraltar in bad weather.

A 36ft high-speed inflatable dinghy was also found on Camp Bay in Gibraltar with extra fuel canisters and food.

The Gibraltar find was valued at the time at £14 million, although one well-placed police source said today the drugs recovered in Spain could have a street value of more than £18million depending on how they were sold. 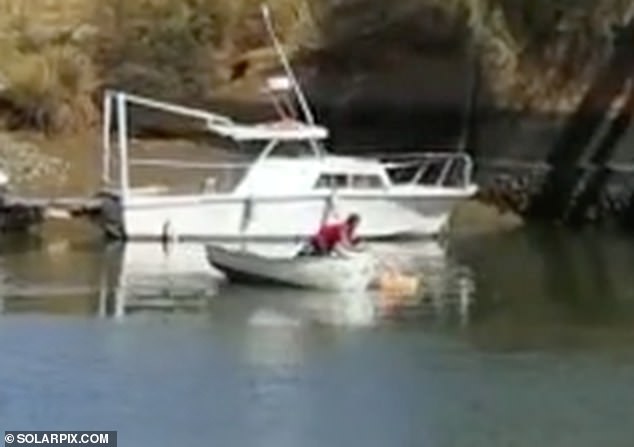 On a number of occasions the drug drops have taken place in broad daylight in front of astonished tourists.

Storm Barbara brought bad weather to Portugal, Spain and France as well as the UK.

In Britain homes and cars were left underwater.

The Civil Guard could not be reached for official comment this afernoon but no arrests are yet thought to have taken place.

The residential tourist area of Isla Canela is separated from the Portuguese Algarve by the Guadiana River.

As well as several miles of white sandy beaches, it is home to apartments, hotels, shopping areas and its own marina and golf course.

CategoryWorld News
Tags3 Cannabis I of tons Up washes