3 things to know about the debt-ceiling farce

The most tiresome issue in American politics is back, thanks to Republicans who regained control of the House of Representatives in the 2022 midterm elections.

For the next six months or so, you’ll be hearing about the debt-ceiling standoff that could torpedo the U.S. economy. This isn’t some natural phenomenon or market abnormality we have no choice but to deal with. It’s a manmade construct that once served a purpose but has now become a mechanism for abuse of the majority by a radical minority.

Since 1917, Congress has set a limit on the amount of money the federal government is allowed to borrow. Federal spending and the borrowing that finances some of it normally rise over time, so Congress has to increase the borrowing limit every couple of years. This used to happen routinely, without fanfare. But during the last 25 years, Republicans have grown increasingly militant and used their votes on a debt-ceiling extension as leverage for other political demands.

For several months, Treasury can use “extraordinary measures” to shuffle money around and pay the nation’s bills, including interest payments on government securities, Social Security and Medicare disbursements, and countless other obligations. The real crunch will come sometime near early summer, when the Treasury exhausts those extraordinary measures. At that point, it would only be able to cover bills using incoming tax revenue, which would leave some of them unpaid. Economists think even a small default on U.S. government obligations would trigger a financial earthquake.

Here are three basic things you need to know about this needless drama.

1. It’s nothing but a political stunt. Always has been. Always will be. Republicans paint themselves as fiscal hawks disgusted by bloated government and the $31 trillion national debt. They’ll demand spending cuts as a condition of voting for a higher borrowing limit. And they’re not wrong about the gross mismatch between the amount Washington spends and takes in through federal revenue, which generated a $1.4 trillion deficit in 2022.

But Republicans simply aren’t serious about closing the deficit or reducing the national debt. If they were, they’d support a robust Internal Revenue Service that collects all the taxes Americans legally owe and try to close the “tax gap” of as much as $1 trillion per year. Instead, Republicans who controlled one or both houses of Congress underfunded the IRS for a decade, leaving it unable to police the complex and perhaps fraudulent tax returns of wealthy filers like Donald Trump. Last year the Democratically controlled Congress approved an additional $80 billion in IRS funding during the next 10 years, to make up for years of funding cuts. One demand of House Republicans now is to cancel that new funding.

If Republicans really wanted to lower federal deficits, they’d propose spending cuts where most of the money is. But you won’t hear that from them this year. The three biggest spending categories are Social Security, defense and Medicare, which account for nearly 50% of all federal spending. Republicans typically view defense as off-limits. There are occasional murmurs about cutting Social Security and Medicare, but these are popular programs and only a handful of Republicans are willing to risk voter wrath. What Republicans do want to cut is Medicaid, which mostly serves the needy, along with the much-smaller budgets for so-called discretionary programs such as transportation, education, housing, and myriad other things. Those programs are peanuts, in terms of where you could find real savings if you were serious about it.

Democrats, for their part, play their own political game with the debt ceiling, which is mainly to step aside and let Republicans demonstrate their recklessness. Democrats could have extended the debt ceiling through the end of 2024 during the lame-deck session after the midterms, when they still controlled Congress. They didn’t, probably because they thought Republican threats to break the government in 2023 would turn voters off. They’re probably right about that. Right on cue, President Biden has begun calling Republican debt-ceiling deniers “fiscally demented.” Democratic self-righteousness is part of the usual script. 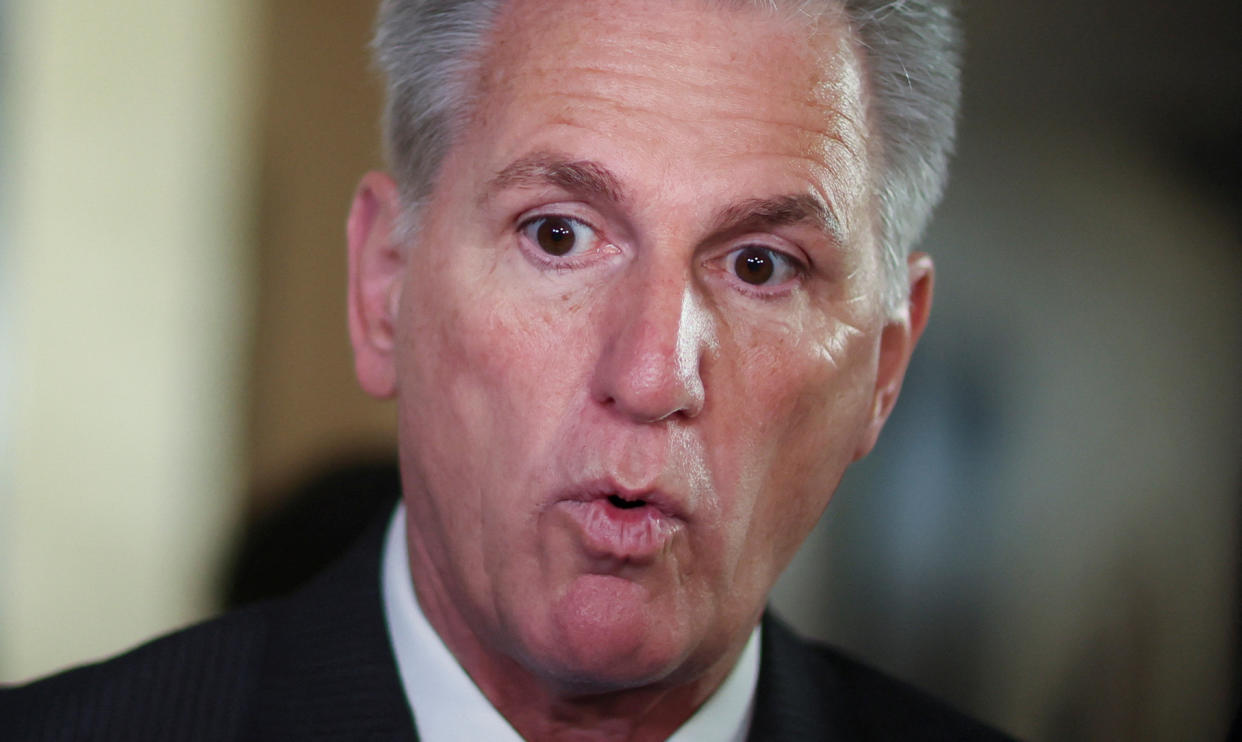 2. Congress will raise the debt ceiling in the end. It always does, allowing ever more borrowing.

3. But the process of getting there could cause real damage. The worst-case example of this occurred in 2011, when Congress approved a debt-ceiling extension just hours before the Treasury would have been unable to make some payments. That followed months of wrangling similar to what’s likely to ensue this spring. The near-default prompted Standard & Poor’s to cut the U.S. credit rating by one notch, for the first time ever.

Stocks began to swoon about 10 days before the default date that summer. Then they tanked following the S&P downgrade. By mid August, the S&P 500 index had fallen by 17% from its July peak. It took six months for the market to regain those losses.

Republicans are indicating they might be willing to replay 2011 in 2023, which will probably cause some market anxiety until Congress resolves the issue. “Raising the federal debt ceiling later this year will require bipartisan compromise, most likely involving measures to reduce the budget deficit modestly,” Capital Economics advised in a January 17 analysis. “But a deal probably won’t be reached until the last minute, raising the risk that the deadline to lift the ceiling is inadvertently missed.” Why cultivate calm when you could sow chaos?

Click here for politics news related to business and money

Download the Yahoo Finance app for Apple or Android

Should the Cowboys cut Brett Maher after one really bad day?
World News