Tired of Wall Street talking heads pounding fears of recession into your overloaded brain day after day this month? So am I.

There are valid reasons why some folks on the Street are calling for a recession later this year or early next year. Models being toyed around with by pros are outputting increasing recession risk. Interest rates are headed higher (maybe much higher, as we learned last week from Fed chief Jerome Powell and in this interview between San Francisco Fed president Mary Daly and our Brian Cheung), inflation is hot, and corporate earnings growth is slowing.

I dig those financial modelers and their analysis. I used to be in their shoes — it's a hard, thankless job. But all in all, it just feels goofy to hear recession calls picking up in pace.

First, a few personal anecdotes to see what I mean:

My local mall was mobbed this past weekend (and the weekends before). Think about it: People filled up on $5 a gallon gas to visit a mall selling goods that are 10% or more costly than this time last year (except at Gap's Old Navy). 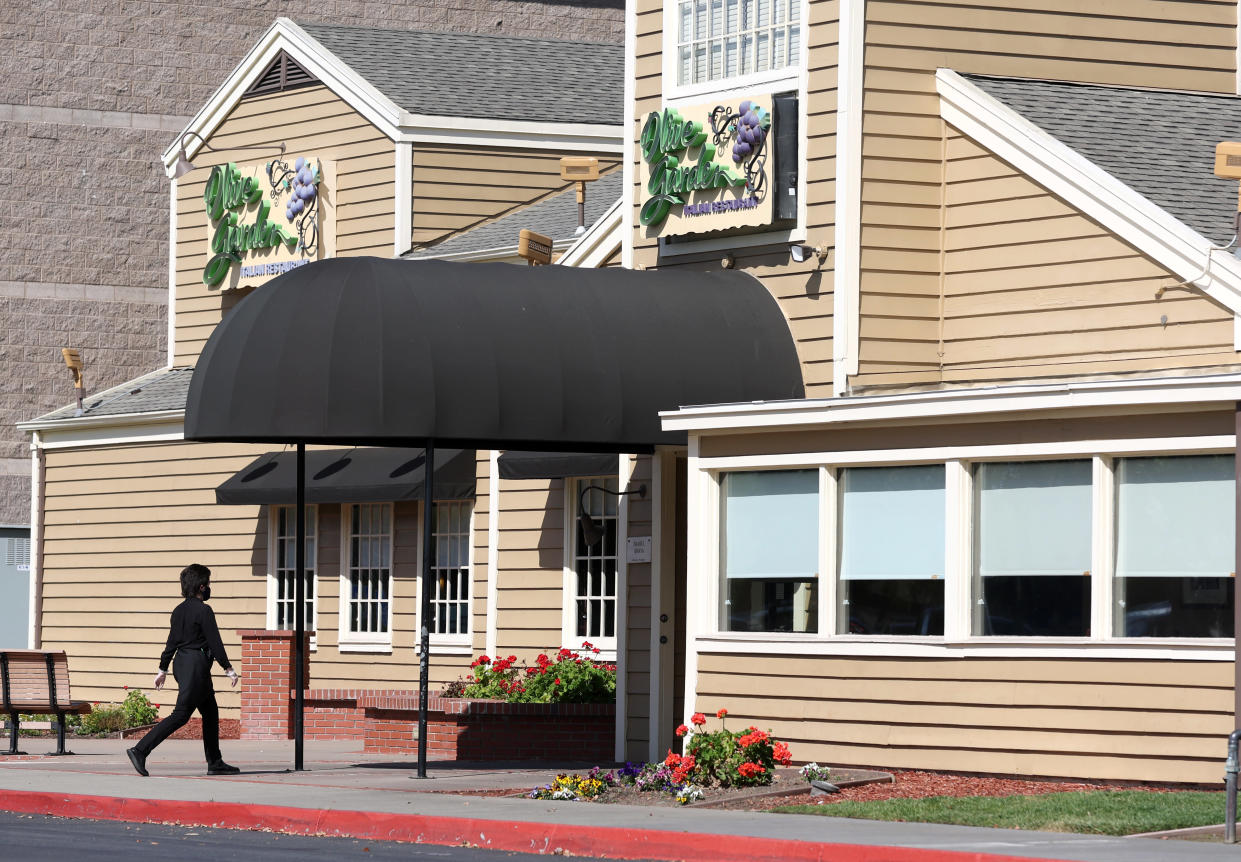 I also waited in line at the Starbucks by my office for 19 minutes for two iced coffees last week — not because I messed up the order on the app – because the place was jam packed. On Saturday evening I drove past the local Olive Garden, and it was crowded too.

Small signs from the road but very much fitting with what I am hearing in my convos with executives and other contacts in business.

To that end, here are three more indications that recession talk is overblown.

American Express has a big quarter

If the economy was grinding to a halt, American Express wouldn't have put up a 30% increase in network volumes in the first quarter. And this fits squarely with what we saw from banks such as JP Morgan and Bank of America in the quarter — strong spending on debit and credit cards.

Amex also reiterated its full year sales growth outlook of 18% to 20%, something I don't think management would have done if the economy was beginning to tank.

"We'll see how the Fed does in sort of controlling that [inflation] with interest rate hikes as we go, but right now, I'm not seeing it [a recession]," American Express chairman and CEO Stephen Squeri told me in an interview. Squeri added travel spending remains strong, with corporate spending gaining steam as companies get back on the road.

Speaking of travel, earnings from the major airlines were impressive, led by Delta (DAL) and JetBlue (JBLU). Meanwhile, shares of hotel giants Marriott (MAR) and Hilton (HLT) are near record highs.

This summer is shaping up to be a boom time for the travel industry, which doesn't happen if the economy was teetering on the brink of disaster. Booking Holdings CEO Glenn Fogel appeared to agree with that when Julie Hyman and yours truly talked to him last week.

Consumer products heavyweights Procter and Gamble (PG) and Kimberly-Clark (KMB) had noteworthy sales strength in the first quarter. Why? Because each company is proving successful in passing along higher prices to shoppers.

Consumers continue to navigate to premium products instead of trading down to cheaper alternatives (see private label), P&G CEO Jon Moeller told me.

On that note, Happy Trading!

Strategist call of the day: 22V Research founder Dennis DeBusschere bringing the fire on this one: "The next 4/5 months will be extremely volatile as we move through the most intense part of the tightening cycle. We maintain that we are in a violently flat market and the range of roughly 4200 on the low side and 4600 on the high side until there is more clarity on 1) the trend rate of GDP will be once the Fed has slowed growth/inflation and 2) if a recession becomes more obvious or not. Recession risk is above normal, but still not a base case. Once we are closer to the Fed declaring mission accomplished and, a spike in recession risk is avoided, investors will have a generational opportunity to own Cyclicals."

To the data: Continuing the no recession theme of this newsletter, consider this stat from FactSet: About 79% of S&P 500 companies have reported a positive EPS surprise for the first quarter, which is above the five-year average of 77%.

Oh, Elon: I don't think Elon is helping his case on buying Twitter with tweets like the one below (though the WSJ reports Twitter may be more open to a deal with Musk), but Elon is going to be Elon no matter what. The tweet comes amid leaked texts that Elon rejected working Microsoft founder Bill Gates on philanthropic areas due to Gates holding a short position on Tesla. (These two notoriously don't like one another.)

in case u need to lose a boner fast pic.twitter.com/fcHiaXKCJi

From around the business news web: Good in-depth read on the downfall of CNN+ by John Koblin, Michael M. Grynbaum and Benjamin Mullin over at the New York Times. The WSJ's Stephen Kalin digs into the waning wealth of some members of the Saudi royals and the tough times when you have to sell-off 200-foot yachts. CNN's Kate Bennett looks at the crystal glassware shortage at the White House.

Today's newsletter is by Brian Sozzi, an editor-at-large and anchor at Yahoo Finance. Follow Sozzi on Twitter @BrianSozzi and on LinkedIn.

What to watch on Monday