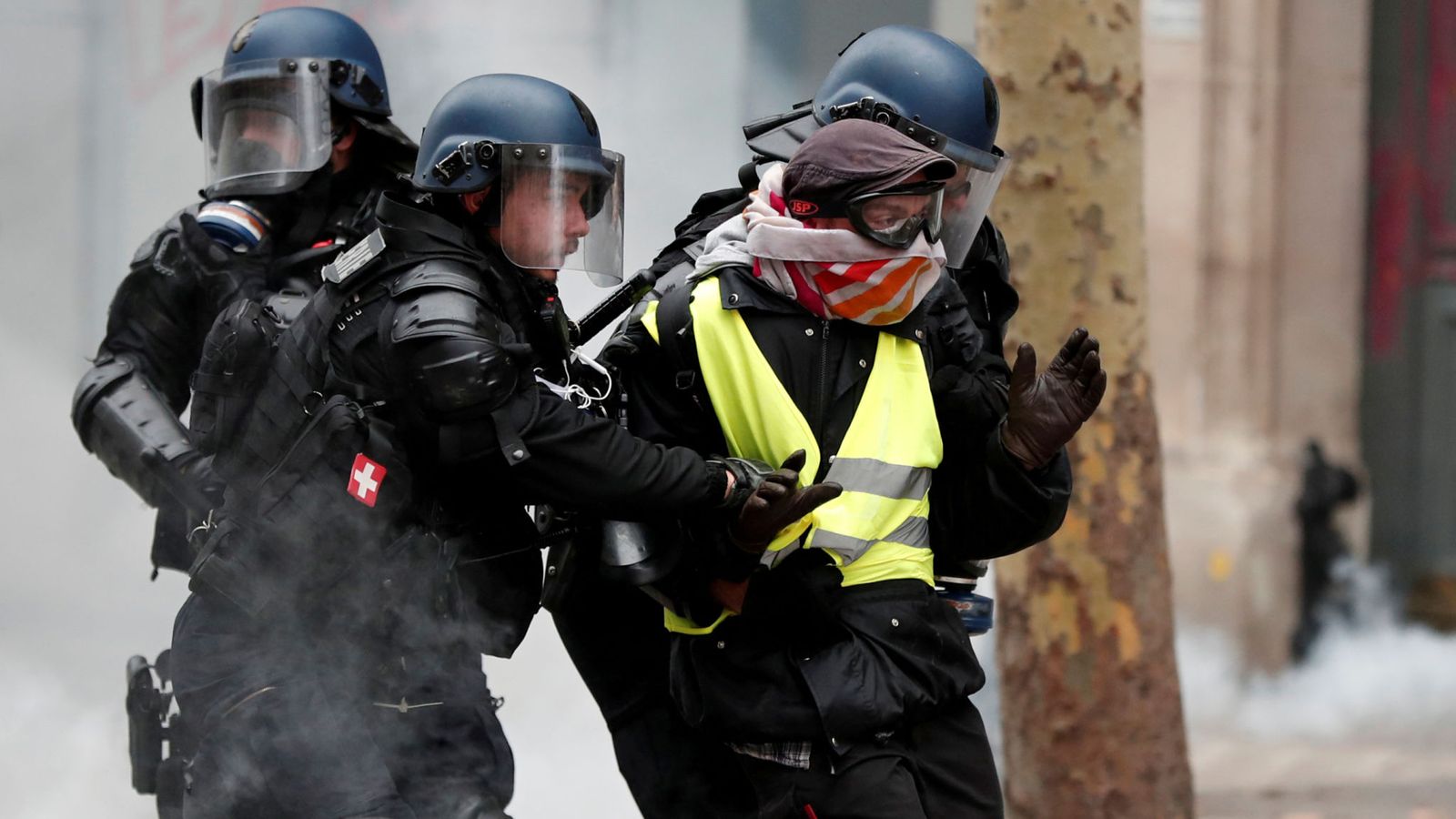 Of the 1,723 detained on Saturday, 1,220 were ordered to be held in custody, according to the interior ministry. 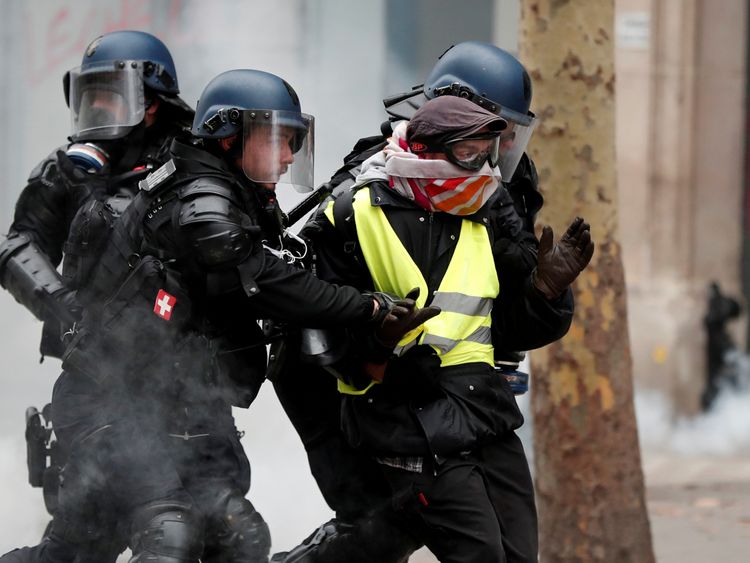 It followed a nationwide security crackdown with some 89,000 police officers on the streets, including 8,000 in Paris alone, aimed at preventing a repeat of the previous weekend’s rioting.

Parts of Paris were placed in lockdown, with tourist attractions including the Eiffel Tower and the Louvre closed and shops along the Champs-Elysees boarded up.

Despite the security clampdown clashes broke out in several cities across the country, including Marseille, Bordeaux and Lyon and Toulouse, during a fourth weekend of protests against rising living costs and the embattled French President Emmanuel Macron.

Paris again saw the worst of the of the violence as protesters, wearing their distinctive yellow safety jackets, set fire to cars, burned barricades and smashed windows.

Police, backed up by armoured vehicles, responded with tear gas and water cannon. Baton-wielding snatch squads were also in operation.

More than half of those injured – 71 – were in the capital, seven of them police officers.

Official estimates put the number taking part in Saturday’s protests at 136,000 people, including 10,000 in Paris.

“With fewer barricades, there was much more dispersion, so many more places were impacted by violence,” he said.

High winds and torrential rain overnight hampered the effort to clean up tear gas canisters and debris left from protesters’ fires and looting.

President Emmanuel Macron broke his silence to tweet appreciation for the police, but pressure is mounting on him to respond to people’s grievances.

He praised “the courage and exceptional professionalism” of the security forces.

A French government spokesman has said Mr Macron is due to make major announcements in the coming week.

Four people have been killed since the protests began in mid-November.

The latest protests drew the attention of US President Donald Trump, who said they were a reflection of the failure of the Paris Agreement on climate change.

He also claimed that protesters were shouting “We want Trump” – something widely discredited among French media.

UK PM May can stay on if parliament rejects Brexit deal: Brexit minister