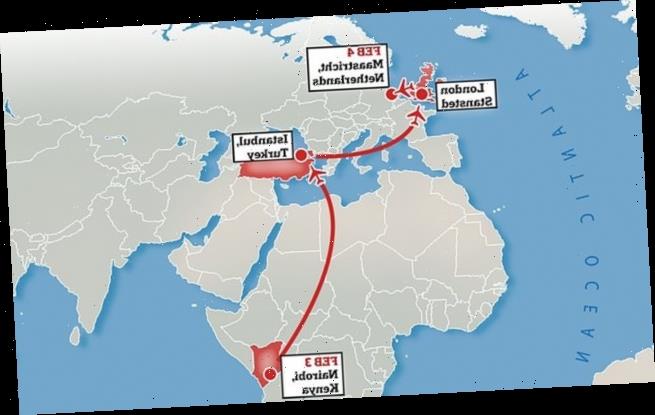 The ‘miracle’ 4,800-mile journey of a Kenyan teenager who survived sub-zero temperatures clinging to the landing gear of a jet as it criss-crossed the globe at up to 38,000ft was revealed today.

The 16-year-old was discovered lying on the tarmac after landing at Maastricht Aachen airport 24 hours after he smuggled himself on to the freight plane at Jomo Kenyatta International (JKI) airport in Nairobi.

He was inside the Turkish Airlines A330 aircraft as took off on February 3, during stops in Istanbul, Turkey, and at London Stansted, before landing in the Netherlands the following day, Thursday February 4.

Dutch Police have said the boy, who hasn’t been named, is ‘tremendously lucky’ to be alive having only needed treatment for mild hypothermia when he was found a week ago. Most would have frozen to death or suffocated.

‘For us, it is a miracle,’ Marvin Engh, a spokesman for the Dutch police said, according to The Times, adding: ‘Usually when someone stows away like this, they die because of the cold or a lack of oxygen’. 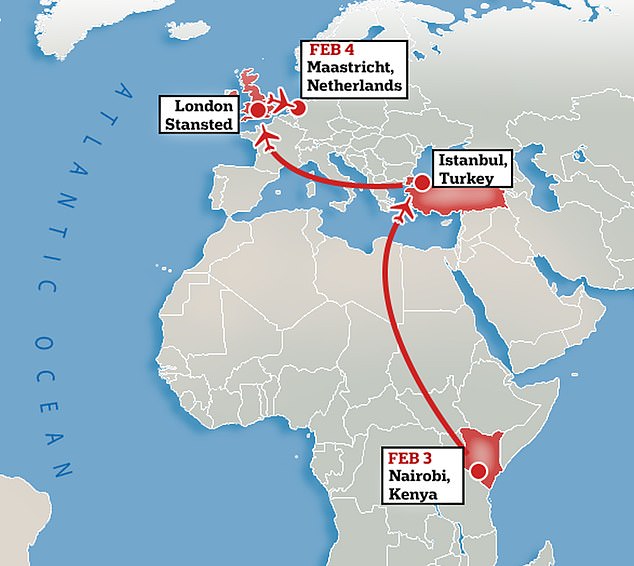 This is the extraordinary, and perilous journey, made by Kenyan stowaway who is recovering well after being being found in the Netherlands 24 hours after leaving Kenya and travelling via Turkey and the UK

Leaves Istanbul at 4.57am

Lands at London Stansted at 8.29am

Leaves London Stansted at 10.45am

Lands at Maastricht at 12.08pm

Police have said that the stowaway is conscious in hospital and has told them that he is Kenyan, is 16 and an asylum seeker. He had no ID documents or a passport.

His family is being traced and any links to people trafficking gangs investigated, detectives have said.

Stowaways who cling to the landing gear and hide inside the plane are more likely to die than live, experts say.

If they are not crushed when the wheels retract inside, the sub-zero temperatures mean they are likely to freeze to death because temperatures high the atmosphere can sink to -60C.

At 18,000ft the body begins to be starved of oxygen, leading to shaking, loss of eyesight and then unconsciousness. At 35,000ft the lungs collapse and the body could freeze solid.

Bodies are often found in the plane’s undercarriage, but in some cases people have died and fallen out either into the sea.

And in 2019 a stowaway fell from a Kenya Airways jet heading to Heathrow and was found on the smashed patio of a Clapham garden.

‘He had tremendous luck to get through this,’ a spokesman for Maastricht Aachen Airport told netherlandsnewslive last week. ‘Stowaways on aeroplanes are rare, and most people sadly don’t survive the journey’, he said. 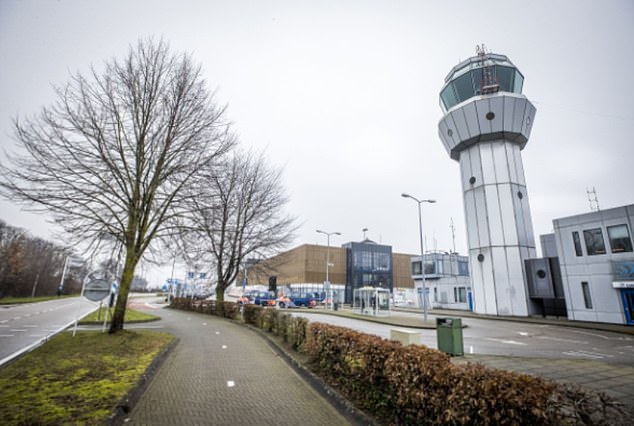 But there are incredible stories of survival.

In 2015 a stowaway from Mozambique was found clinging to the undercarriage of a jumbo jet when it landed in London from Johannesburg.

Tragically his companion died, falling from the plane after freezing to death and landing on a west London car park roof as the jet descended.

The flight in question is thought to have been a Turkish Airlines cargo flight operated by an Airbus A330.

Dutch aviation publication Luchtvaart Nieuws reported the only flight to land from London at Maastricht last Thursday was TK6305, operated by a Turkish Airlines Airbus A330-200 freighter. It had been to Istanbul after starting in Kenya.

Mum-of-nine reveals her homeschooled kids have never tried Coke, don't own a TV and have no idea who Spider-Man is
World News 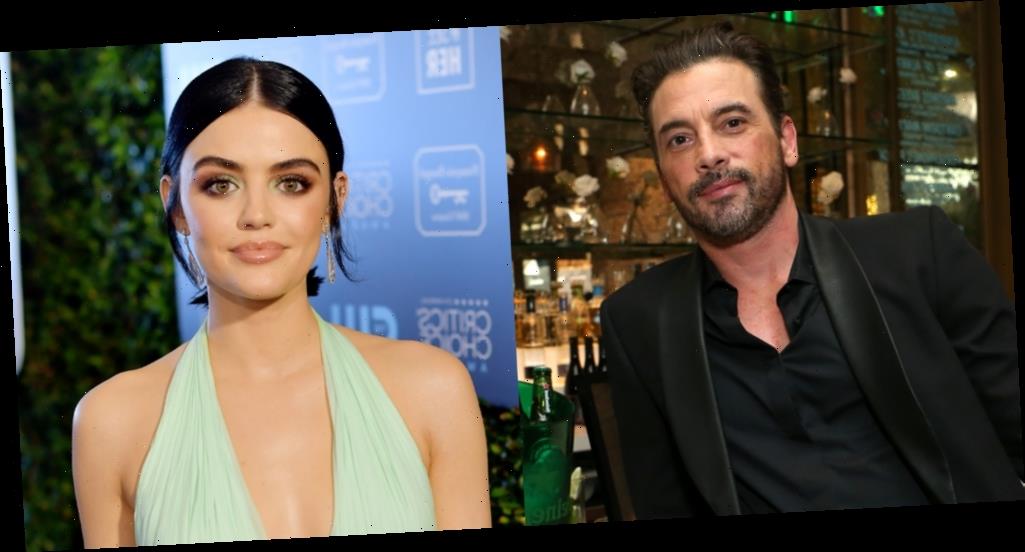