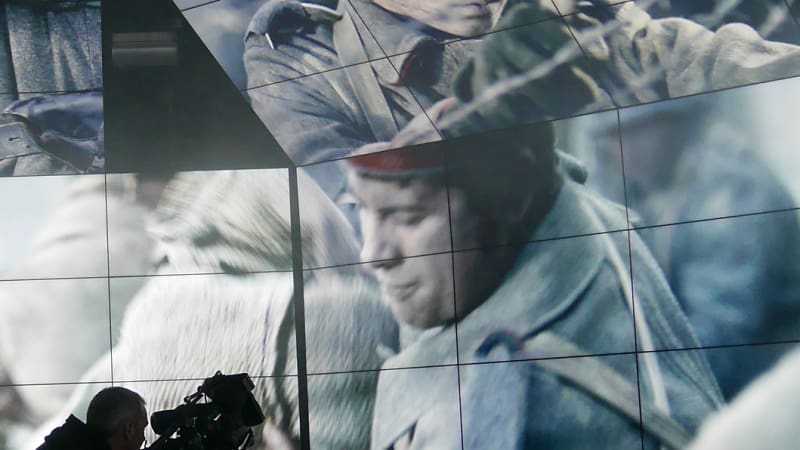 Paris: Australia’s brand new World War I commemorative centre in northern France is threatening to become a $100 million white elephant, with visitor numbers far below those promised when the project was given the green light by the Abbott government. 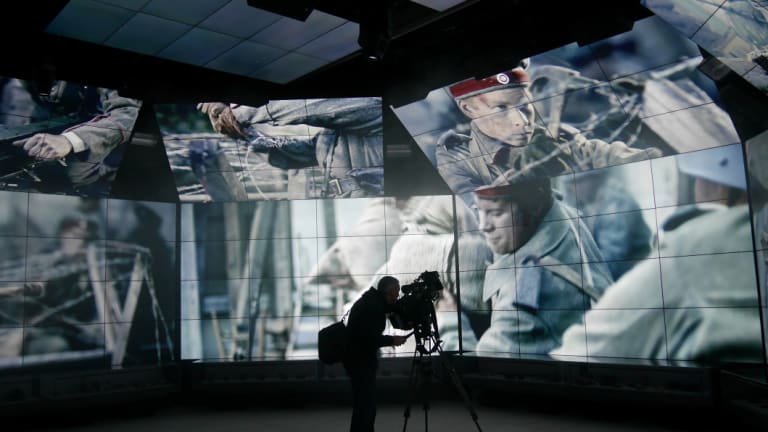 Sir John Monash Centre, set on the grounds of the Villers-Bretonneux Military Cemetery in northern France, tells the story of Australia’s involvement on the Western Front battlefields during World War I. Credit:Nick Miller

Despite opening in the year of the centenary of the end of the war amid widespread publicity and benefiting from the centenaries of key Australian victories on the Western Front, the centre is on track to miss its visitor target for the first year by tens of thousands.

When the Sir John Monash Commemorative Centre plans were announced in 2015, the government justified the high cost by promising it would lead to a big increase in visitors to the Australian National Memorial on the Somme.

It is the most expensive museum built in France in decades. In addition to the $100 million building costs, it is budgeted to cost around $2.6 million a year to run.

Even before it opened in April this year it attracted criticism from academics and historians. One called it an “over-the-top multimedia temple”. 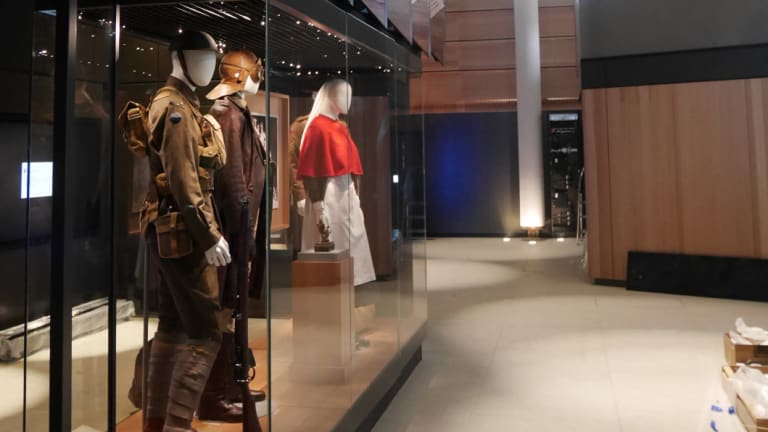 Visitor data obtained by the Sydney Morning Herald and The Age through Freedom of Information reveals that just over 4000 visitors came through the gates of the centre in October.

In 2015 the Department of Veterans Affairs predicted more than twice that number when it was defending the project in a submission to a parliamentary committee.

The centre also badly missed its visitor targets in July and September, two of the other three months for which the DVA published visitor predictions in 2015. 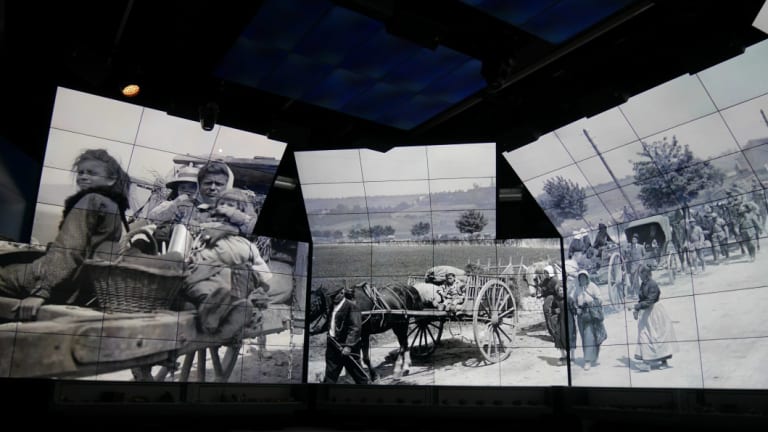 A multimedia temple? The Sir John Monash Centre, set on the grounds of the Villers-Bretonneux Military Cemetery.Credit:Nick Miller

The DVA then described its predictions as “informed by highly reliable information” compiled by “commemorative specialists”.

However the predictions were likely put together before Paris experienced the Charlie Hebdo and Bataclan terror attacks, in January and November 2015.

The same specialists predicted the new centre would attract 110,000 visitors per year.

However from its opening in mid April to the end of October the centre had received only 37,734 visitors – calculated by the number of log-ons to the centre’s Wi-Fi from smartphones.

At an average of 5800 per month, this would translate to about 70,000 visitors per year – less than two-thirds the number promised.

The centre may not achieve even this figure, as the number so far came over the summer months and covered all but one of the major World War I centenaries, including the site’s biggest drawcard: the Anzac Day dawn ceremony.

Also, it will be closed from mid December to mid January.

The centre does not have turnstiles or record exact visitor numbers.

But the smartphone data is considered a good approximation, as the attraction is designed around an app that delivers commentary and extra information about the exhibits and displays, which are mostly digital and interactive. Signs at the site encourage visitors to log onto the network and download the app.

The DVA estimated that around 10 per cent of visitors did not connect their smartphone to the centre’s IT system. Taking this into account the number of visitors would still fall well below the department’s promises.

The DVA’s 2015 projections promised even more visits in 2019 compared with the centenary year – despite confirming that 2018 would be a year of “heightened interest”.

In 2015 the Parliamentary Standing Committee on Public Works approved the project based on the sole submission from the DVA.

The DVA said one of the aims of the centre was “to promote and facilitate increasing visitation” to the National Memorial at Villers-Bretonneux and to other World War I sites significant to Australia.

“Visitation to the [memorial] as a result of the establishment of the [centre] is expected to increase substantially,” it told the committee.

The committee expressed concern over the centre’s design, particularly its “heavy reliance on multimedia”.

It also queried why it was “markedly more expensive than other memorials”.

The DVA told the committee the building needed to be “sufficiently compelling in character [to] change patterns of visitation to the battlefield … [it] comes at a significant cost but it is our belief that that very significant point of distinction is going to draw a new audience to this very important site”.

Additional data provided as part of the FOI request by the DVA showed that Australians make up just under half of the visitors who booked a visit (a booking is not essential and almost half of visitors choose not to make one).

Of other nationalities, about three quarters were French and a quarter from the UK.

The Department of Veteran Affairs and the Australian War Memorial have been contacted for comment.

The centre sits behind the Australian National Memorial on the outskirts of the village of Villers-Bretonneux, known for the first tank-v-tank battle in history between the Germans and British, and the Australian counter-attack that secured the town for the French at the cost of nearly 2500 Australian lives.

The site of the memorial was chosen in the 1930s, on the hill above a military cemetery holding 2000 graves of which almost 800 are Australian.

Boxing Day homeware sale: the best deals to look out for on December 26
World News