Home » TV & Movies » Yule laugh: A comedy binge to see one through the summer TV drought 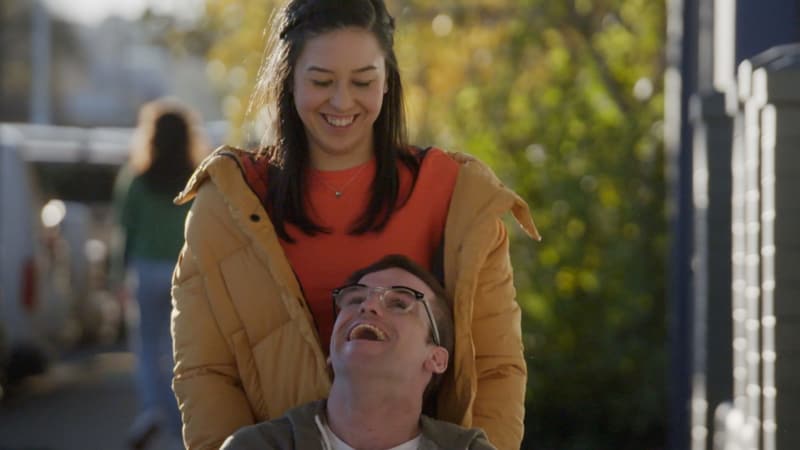 Yule laugh: A comedy binge to see one through the summer TV drought

ABC iview has embraced the holiday spirit, curating several different binge-watching streams; the Comedy Binge, continuing for two months, features a mix of some of the best local, international and new series.

Among the new programs are a slew of pilots curated as part of the ABC's Fresh Blood initiative, and The Angus Project is the standout. 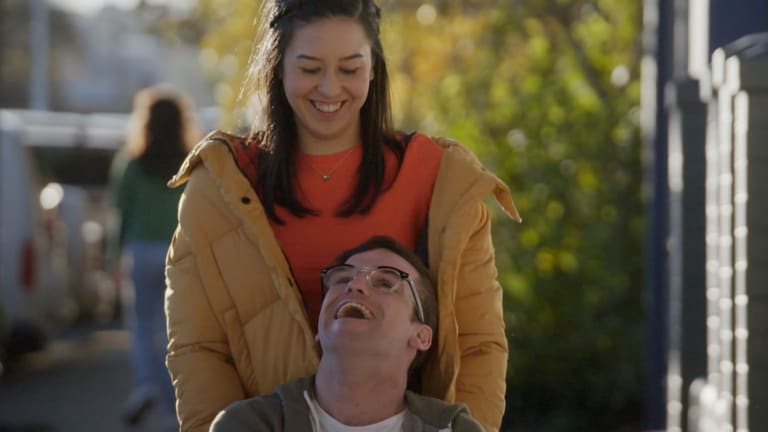 Oyama is Thompson's best mate and carer – as she was in real life when the pair went to university together – although much of her caring consists of helping Angus score drugs, mix drinks and cheat on essays. Inspired to create a comedy that reflected their real lives, the pair hopes to change the narrative around disability.

It's also a bit of a love letter to regional Australia, the kind of setting we rarely represented on screen.

In the half-hour pilot, Angus, an aspiring sports journalist who writes pieces for the dodgy local paper, edited by jaded hack Ron (Rob Sitch) tries to get an interview with visiting Paralympian Wizza (Adam Bowes). To land the interview, though, Angus and Nina must go on a bizarre quest to procure horse adrenaline, with the help of their drug dealer mate Kane (Sammy J).

As well as being groundbreaking for its use of disabled actors, The Angus Project is, crucially, very funny; it shares its sensibilities with the absurdness of Spaced and Peep Show, and Oyama and Thompson cite Broad City and High Maintenance as influences.

The Binge also features full series of some of the best comedies in recent years. Ahead of the much anticipated fourth and final season of Catastrophe next year, catch up on the first three series of the program that changed the concept of parenthood comedy; similarly, you can catch locally made series The Letdown, a dark comedy about the side of being a new mum rarely presented in popular culture. Other local highlights include Luke Mcgregor and Celia Pacquola's quirky small-town comedy Rosehaven, Indigenous sketch comedy Black Comedy, Get Krack!n, Squinters and Back In Very Small Business, which returned earlier this year after a decade, bleaker than ever.

One of the more low-key series, British comedy This Country is another highlight. A mockumentary in the tradition of Rob Brydon and Julia Davis's brilliant Human Remains (which pre-dated The Office, often considered the pioneer of the genre), it's presented as a BBC fly-on-the-wall series about life for young people in modern rural Britain, exploring isolation and marginalisation. The cameras follow cousins Kerry and Kurtan Mucklowe (played by the creators and real-life brother and sister Daisy May and Charlie Cooper), in their early 20s (we presume) and dissatisfied with their lots in life in their Cotswolds village, unable to see – like the best comedy characters – their frustrations are largely self inflicted.

Quietly funny and razor-sharp, it's one of the best mockumentary comedies in years.

WWE SmackDown results: Asuka beats down Becky Lynch and Charlotte… but can she do it at TLC?
World News