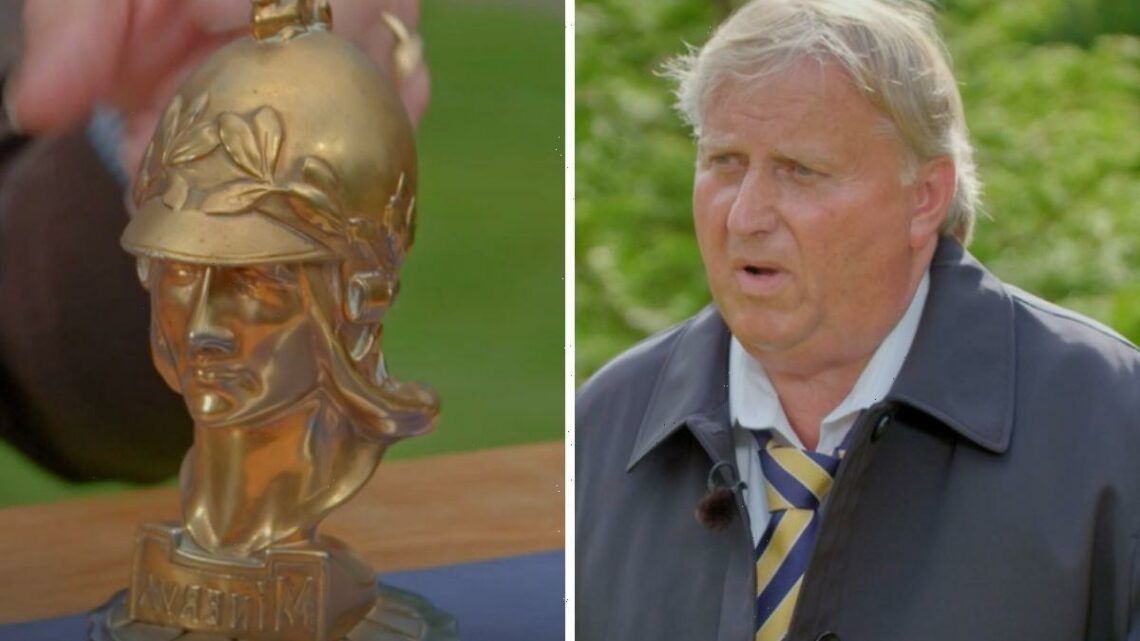 During a recent episode of Antiques Roadshow, BBC host Fiona Bruce took viewers to the Royal Botanic Garden Edinburgh. The experts inspected several interesting items including the likes of a Korean painting, a unique walking stick and a curious rocking horse. However, it was a set of unique car mascots that caught the eye of expert Marc Allum.

Before Marc began to inspect the guest’s items, he pointed out that he’d seen him before on Antiques Roadshow.

“It’s good to see you back again,” the expert began before turning his attention to the car mascots.

“Even though you’ve been here a couple of times with us, you’ve done us the pleasure of bringing a couple of really great little objects.

“And of course, these are two car mascots, and I have to ask you, I mean, as you’ve got car mascots, are you a bit of a car man?”

The guest admitted cars were his weakness, as he explained he loves to pair his cars with a mascot.

Picking up one of the mascots, Marc explained: “What I’m going to ask you is… we’ve got this particular mascot here, which is an automaton car mascot with flapping wings.

“This particular model was made by Flying Car Mascots Limited at Piccadilly and it dates from the 1930s.

“Put this on the front of your car, and its wings start flapping.”

Marc proceeded to inspect the other mascot, which is when he pointed out it was very prestigious.

“Now for those that don’t know, Minerva were a very prestigious Belgian car company.

“They made cars at the luxury end of the market, and it seems obvious for a company called Minerva that they should have a mascot for their luxury automobiles in the form of the goddess, Minerva.”

When asked where he got the item from, the guest told Marc he picked it up at an antique shop.

However, despite the mascot being designed to place on top of a car, the guest admitted he used it as a paperweight.

“She’s a beautifully made mascot,” the expert complimented before explaining it was made in Belgium in 1925.

“You haven’t got a car to put this one on, have you?” he asked as the guest replied: “Unfortunately, no!”

Discussing the value of both car mascots, Marc predicted: “I mean the automaton mascot, they generally make around about £400 to £600 at auction.

“You’re joking,” the guest said in shock. “I don’t believe that. Thank you, very much indeed.”