Home » TV & Movies » You Season 3 release date and cast latest: When is it coming out on Netflix? 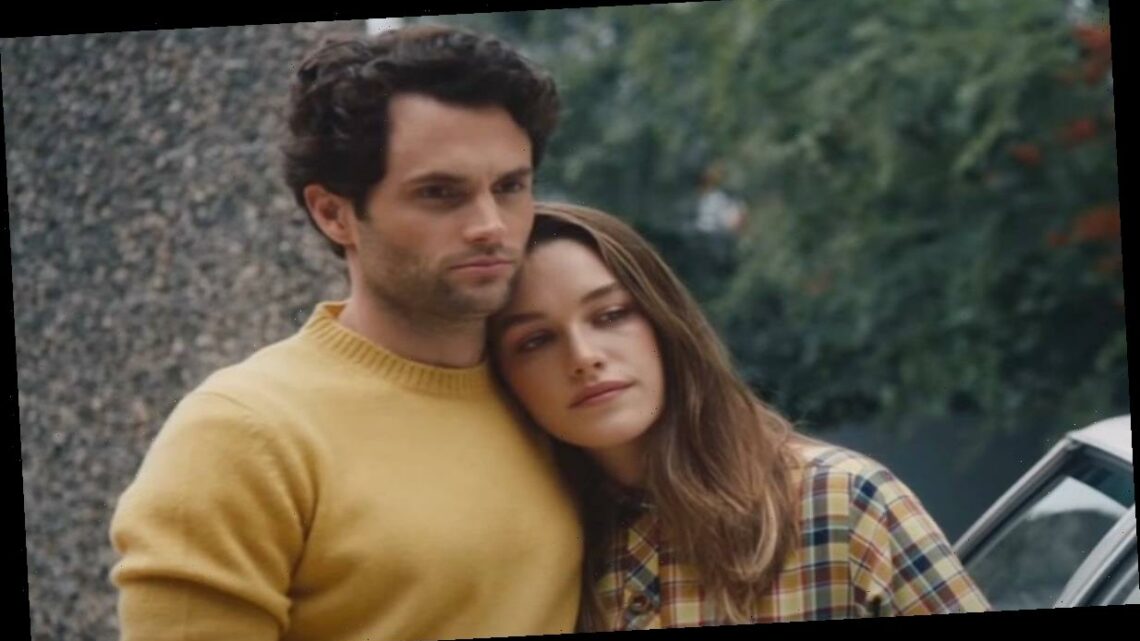 You Season 3 release date and cast latest: When is it coming out on Netflix?

You is one of the most popular series on Netflix, so it was hardly surprising that it scored a quick renewal for Season 3.

As a testament to the series’ popularity, the green light for the third season came less than a month after Season 2 premiered on December 26 last year. Fans should expect Season 3 of You in 2021, depending on the production schedule.

You Season 2 is based on the book “Hidden Bodies” by Caroline Kepnes. In the second season, Joe Goldberg moves from New York to Los Angeles to escape his from his ex-girlfriend Candace, who knows what he did to Beck.

Joe attempts to start a new life with a new name. However, he falls back into his old ways as he obsesses over a new woman named Love Quinn, who turns out to be just a psychotic as him.

The finale sets up You Season 3 with Joe seemingly taken a love interest in a neighbor while settling into family life with Love Quinn. Here is everything we know about Season 3 of You including the cast, release date, and plot.

You Season 3 release date: When is it coming out on Netflix?

Although Netflix is yet to confirm the official release date, a 10-episode season is expected to premiere in 2021. The production schedule will give a more accurate prediction of when Netflix will release the series.

With the COVID-19 lockdown complicating film and television production, You Season 3 will likely begin filming later this year. A 10-episode season typically takes five months to produce. Therefore, fans should expect a November or December 2021 release date for You Season 3.

As for the social media of the You cast, there are no signs that production has begun.

What to expect in You Season 3: Penn Badgely breaks down the plot

As the finale suggests, Joe is not about to stop his psychopathic tendencies as he has eyed up one of his neighbors while settling in his new family home. However, Love Quinn is just as murderous and manipulative as Joe which brings an exciting new element to the Netflix thriller series.

Speaking with TVLine, Badgley spilled the beans on what fans can expect to happen between Love and Joe, “They’re not soulmates. He’s afraid of her at the end. Basically, it’s set up for Season 3 in a way where they would be each other’s arch-nemesis.”

In another plot twist for the third season, Love is pregnant with Joe’s child. In the second season, Quinn managed to stop Joe from killing her when she revealed that she is pregnant. As for Joe’s ability as a father, Badgley revealed his thoughts on fatherhood potential changing his character.

“Does he have it in him, in that he’s a human being? Is it possible? And if there’s anything that can change a person, it’s parenthood. But I don’t know that Joe can or should change. I certainly don’t know if he will change.”

You creator Sera Gamble revealed in an interview with The Hollywood Reporter that the concept of the series was sold as “a new love obsession and a new world,” in which “Season one is Beck in New York, and season two is Love in L.A.” However, in Season 3 of You, Joe moves to the suburbs and he can’t get rid of his current girlfriend who is pregnant with his child. This makes the upcoming season plot less predictable despite the implication that Joe is back to his old ways.

You Season 3 cast: Who is returning?

Victoria Pedretti will return as Love Quinn and Penn Badgley in the lead role. There is currently not much additional casting news to report on. However, there are several possibilities about who may reprise their roles. Since it appears Joe will remain in L.A, there will likely be some reoccurring characters in the second season returning.

Fans can rest assure that any plot related to Chris D’Elia’s character Henderson will not be in You Season 3. Therefore, it is unlikely that Jenna Ortega will reprise her role as Ellie Alves as that story arc seems to be concluded with Joe sending her away to start a new life. Dr. Nicky, who is played by John Stamos, is not a threat to Joe ending up behind bars after he returned in the second season when Forty Quinn was looking into Joe’s past.

While Love Quinn’s friends and family may return in a small role, it is unlikely that any other characters from the first or second season will return.

The first two seasons of You were based on two books: You and its follow-up Hidden Bodies by author Caroline Kepnes. There is no source material for the third season as Kepnes’s third novel is unrelated to her previous books. However, the Netflix series is only loosely based on the plot so it should not impact the creative process of the series.

In November, Netflix released a huge list of new regular cast members and guest stars for the third season of You.

Michaela McManus signed on to play the recurring role of Natalie, Joe’s “next-door neighbor and subject of his growing fascination.”

Saffron Burrows also signed to return for the new season as Dottie, the mother of Love Quinn.

Tati Gabrielle is Marienne, “a smart, no-nonsense librarian who doesn’t let much get by her.”

Dylan Arnold signed on to play Theo, “a college student with a strained relationship with his stepfather.”

You Season 3 will return sometime in 2021 to Netflix. The first two seasons are currently streaming.