Rip Wheeler (played by Cole Hauser) will soon be back on the saddle for the highly anticipated fifth season of the Paramount Network’s incredibly popular drama, Yellowstone. As the Dutton ranch’s head wrangler, Cole has one of the most arduous roles in the whole cast, but the star has confirmed on Instagram he gets plenty of help to recover when the cameras aren’t rolling.

Cole has thanked his wife Cynthia for giving him a foot rub following a challenging week on the set of Yellowstone.

In his humorous new Instagram update, the actor posted a snap of his wife smiling with his feet resting on her lap.

He wrote: “After a long week of being on my feet working, my amazing wife woke me to rub my feet on our way to @calgarystampede.

“Your the best @cynhauser see ya in a bit Canada.” (sic) 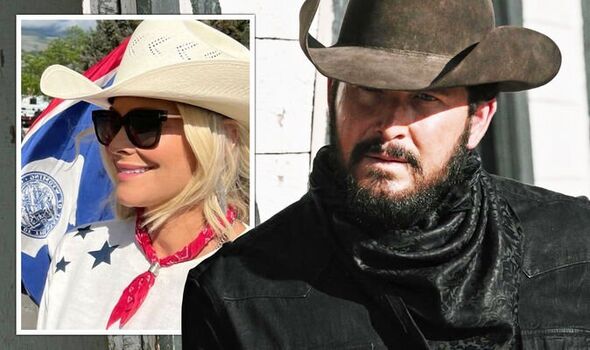 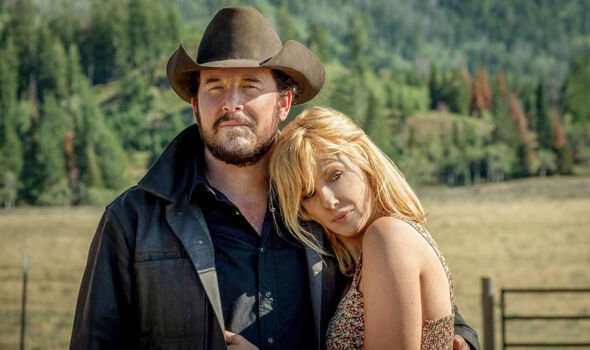 Rip is by far one of the most physical roles in the Yellowstone cast, as he often has to step in to handle disputes in the bunkhouse.

The actor recently opened up on the numerous injuries he has sustained over the years, which have made his work on Yellowstone increasingly difficult. 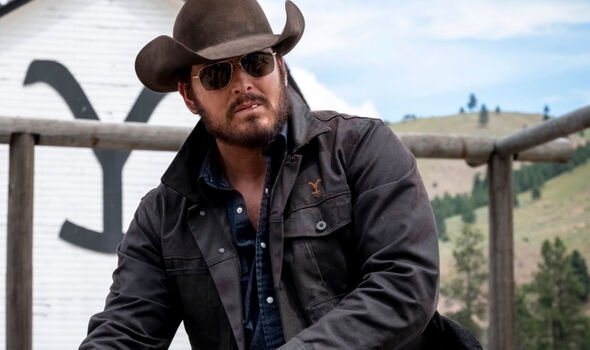 Thankfully for Cole, Cynthia is clearly on-hand to make sure his job doesn’t become too exhausting.

The star’s latest post also confirmed he’s headed to Calgary Stampede, a rodeo in Canada which could be featured in Yellowstone’s next season.

As Rip’s former underling Jimmy Hurdstram (Jefferson White) left the ranch to pursue a career in rodeo, a trip to Canada could be how the young cowboy makes it back on the series.

Upon seeing his latest post, a number of Yellowstone fans took the opportunity to send Cole some positive messages ahead of the show’s return.

@librarian_fit wrote: “Welcome to Stampede week! Hope you both have a blast.”

@tjggram2020 replied: “That’s love!!! I’m going to need a little bribery for my husband’s feet though.”

“Yahoo! We’re ready for you!” @thebeermaven_ exclaimed. “Have a wonderful time. It’s going to be hot & sunny.”

@Amy_lynn2384 added: “Welcome to Calgary! Hope you have a wonderful time while you are here!”

With just a few more months to wait, it seems the Yellowstone cast is already making good headway on what is bound to be another riveting entry for the smash-hit Western series.

Yellowstone season 5 premieres Sunday, November 13 on the Paramount Network in the USA. Seasons 1-3 are available to stream on Paramount+ in the UK.