Home » TV & Movies » Yellowjackets will be returning for a second season – and sooner than you think! 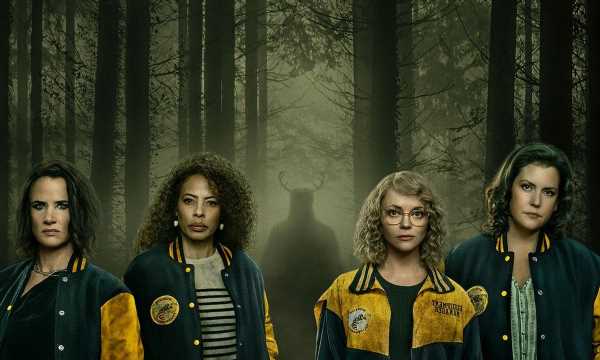 Yellowjackets will be returning for a second season – and sooner than you think!

It’s been a rollercoaster of a series but like all good things, season one of Yellowjackets has come to an end.

MORE: Eveyrthing you need to know about Yellowjackets, the show that everyone is talking about right now

But the good news is that the addictive survival drama has already been picked up for a second season – and it sounds like it could be coming to screens a lot sooner than you might imagine!

WATCH: Yellowjackets is the new drama that everyone is talking about right now

The series, which has become a word-of-mouth hit since it began airing on US channel Showtime late last year, takes place in two timelines: 1996, when a high-school girls’ soccer team are forced to live in the wilderness for 19 months following a plane crash, and in the present day, where many of those women are attempting to move forward with their lives despite being haunted by what they saw – and did – while they were stranded.

MORE: 47 hottest brand new shows coming to our screens in 2022

MORE: Viewers are saying the same thing about Netflix’s Archive 81

Back in December 2021, it was confirmed that it had been renewed for a second season, and speaking just a few days ago, Showtime Networks president of entertainment Gary Levine told Vulture that new episodes could hit screens before the year is out.

“We are working towards a premiere at the end of 2022,” He said, adding that the series, however long it runs for, would ideally stay on an “annual cycle. I think our audiences deserve that, and I also think that when you have a show that has this kind of a momentum, you don’t want to let it dissolve.”

In a separate interview with Deadline, he teased: “There are still lots of questions about who survived, what happened out there. [In season two] there will be some real surprises in terms of that and I think some characters you may not even have met yet.”

As for the show’s future beyond season two, it sounds like fans have a lot to look forward to. In an interview with The Hollywood Reporter, series creators (and married couple) Ashley Lyle and Bart Nickerson revealed that they originally pitched the series as a “five-season idea” – and hope to see that through.

Did you watch the Yellowjackets season one finale?

In fact, Melanie Lynskey, who portrays the grown-up version of Shauna, teased to Vulture that some of the plot points up until season five are already mapped out. “When I had the meeting to potentially do the show I was like, ‘What happens in episode five?’ They gave me a lot of information about the plot of this season, next season, season five,” She said. “They really have a real plan.”

MORE: Black-ish: why is the Tracee Ellis Ross comedy ending after eight seasons?

Season one concluded with (and spoiler alert ahead for those who still have to watch the finale) the reveal of how team captain Jackie, played by Ella Purnell, died. Taking to Twitter to discuss, one viewer said: “Catching up on the #Yellowjackets finale, wow well that answered a lot of questions while introducing a big one!”

Another added: “The #Yellowjackets finale was a rollercoaster. WOW! I have more questions now than I had all season. Seriously, can I have S2 right now?!”