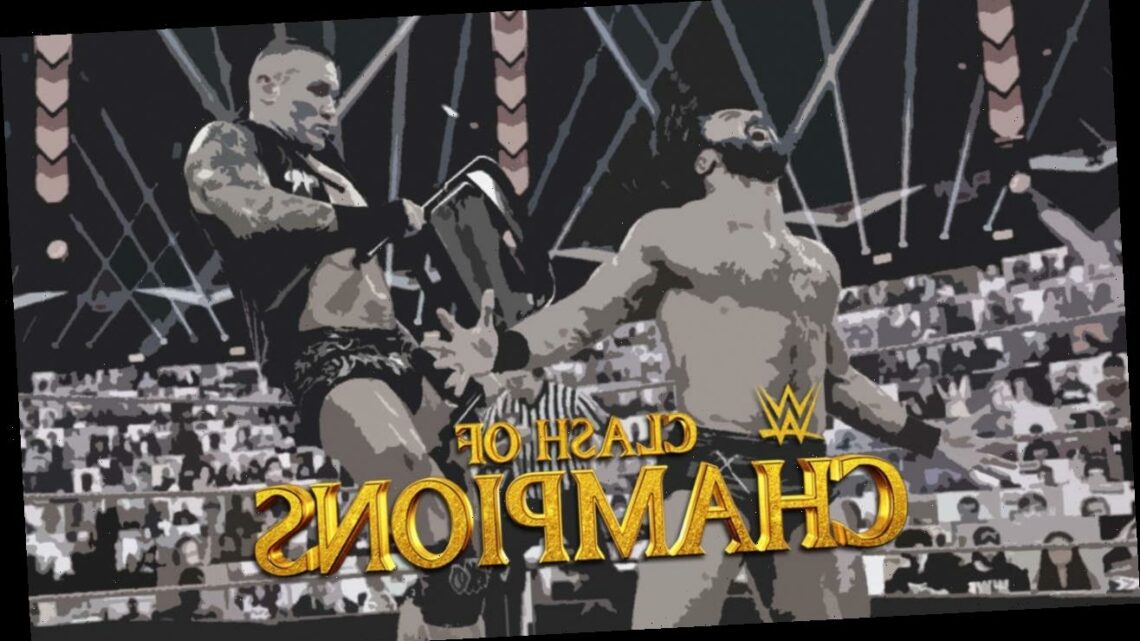 WWE’s September PPV Clash Of Champions just wrapped up its Kickoff Show. There we saw Lucha House Party challenge Cesaro and Shinsuke Nakamura for the Smackdown Tag Team Championship. We also just saw a dynamite ladder match for the Intercontinental Championship. You can see the results for those matches below, and make sure to keep checking back to see live updates from the matches as they happen.

It’s time for another WWE PPV event. This time around, it’s Clash of Champions, the annual event where every WWE title is on the line–except for the NXT ones. As the evening moves on, GameSpot will be updating you live with what’s happening during the show.

Clash of Champions will be taking place at the Amway Center in Orlando, Florida, surrounded by the Thunderdome–WWE’s Zoom-call-style audience. The Kickoff Show for the event will take place one hour prior to the main card, which begins at 4 PM PT / 7 PM ET.

In case you’re wanting to jump into the even right now, Clash of Champions is best watched through the WWE Network. Yes, you can order the PPV through your cable or satellite provider, but it’s a bit pricier. The WWE Network costs $10 a month and outside of being able to streaming live events, there is a large back catalog of wrestling shows and original series to check out.

As for the card, Clash of Champions will see every championship title from Raw and Smackdown be defended. Below, you’ll find the full card.

Below, you’ll find live updates for the event as it happens. Keep checking back to GameSpot throughout the night for live results.

The Clash of Champions Kickoff Show has begun. If you saw the rumor above about Nikki Cross not being on tonight’s show, we’ll confirm it here if it is announced on the preshow. Additionally, all other important announcements will also be included below.

Nakamura and Cesaro win by pin.

The change from a Triple Threat to a Ladder Match was pretty recent, but extremely fitting for everyone involved in it. Both Hardy and Zayn’s belts were hung above the ring prior to the start. As one can expect, this match is madness in the best way possible, and it’s been great for Zayn. He eventually got both titles after handcuffing both AJ Styles and Jeff Hardy. The match of the night was the one that opened the show.

Zayn grabbed both titles and won.

What 60 looks like: Grandmother says facials keeps her youthful