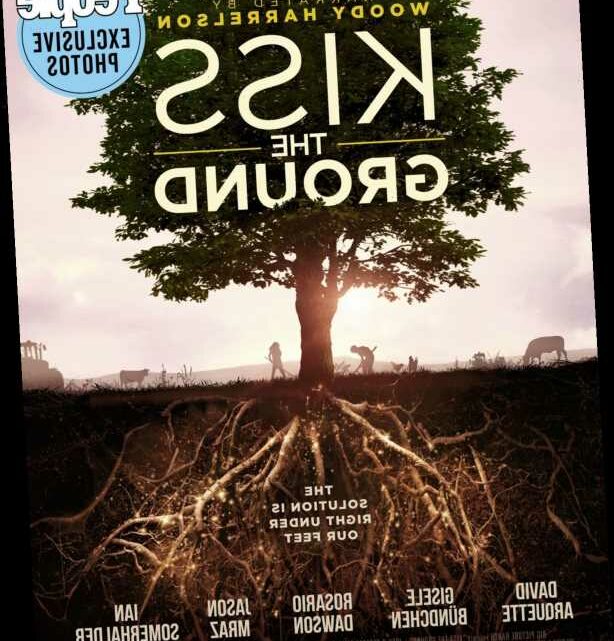 A new documentary is relying on star power — and hope! — to highlight a new way to tackle the planet crisis.

Kiss the Ground, narrated by Woody Harrelson and directed by Rebecca and Josh Tickell, promises to go against the grain and be a nature documentary that "will leave you feeling hopeful." That's because it follows an innovative way to deal with carbon dioxide.

"There’s so much bad news about our planet, it’s overwhelming. Truth is, I’ve given up," Harrelson says at the beginning in PEOPLE's exclusive first look at the trailer, seen above. "This is the story of a simple solution, a way to heal our planet. The solution is right under our feet — and it’s as old as dirt."

The trailer goes into how destroying soil in agriculture has created an influx of carbon dioxide in the atmosphere.

"To cure our planet we need to cure our soil," a title card reads, with an expert stepping in to talk about biosequestration, the process of "using plants, trees and techniques of grazing and farming to capture carbon and store it into the soil."

"We can fix a lot of our climate issue if we bring the CO2 down into a living plant and put it down into the soil where it belongs," says another. The message is celebrity approved, with other stars like Patricia Arquette, Ian Somerhalder and Gisele Bündchen and her husband Tom Brady all appearing in the trailer. Jason Mraz and David Arquette appear in the documentary as well.

"We can get the Earth back to the Garden of Eden that it once was by regeneration," Somerhalder says.

"Our health and the health of our planet are connected," Bundchen says.

The trailer then ends with a simple promise from Harrelson.

"I'll make you a deal — I won't give up, and neither should you," Harrelson says.

The documentary is available to stream on Netflix September 22.