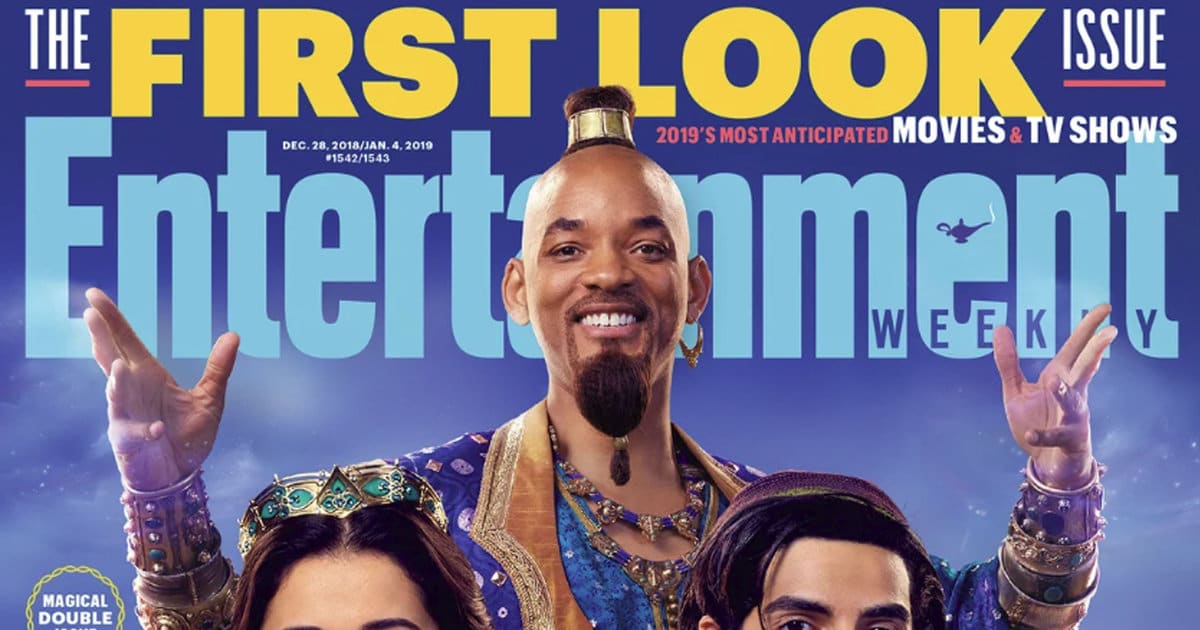 “I think it’ll stand out as unique even in the Disney world,” Smith said. “There hasn’t been a lot of that hip-hop flavor in Disney history.”

Will Smith says his version of Genie in the upcoming live-action "Aladdin" will bring a fresh "hip-hop flavor" to the iconic character, while also paying "homage" to the late Robin Williams.

In an Entertainment Weekly exclusive first look at the Disney reboot published Wednesday, Smith spoke about how he and director Guy Ritchie put a new spin on the 1992 animated Disney classic.

"Whenever you’re doing things that are iconic, it’s always terrifying," Smith said. "The question is always: Where was there meat left on the bone? Robin didn’t leave a lot of meat on the bone with the character."

However, the star eventually did find something fresh he could bring to the role.

"I started to feel confident that I could deliver something that was an homage to Robin Williams but was musically different," he added. "Just the flavor of the character would be different enough and unique enough that it would be in a different lane, versus trying to compete."

Since Williams "infused the character with a timeless version of himself," Smith decided to do the same. On the first day of meeting the music team, the 50-year-old actor recorded his own version of "Friend Like Me," where he weaved in influences from his past roles. Smith’s Genie is described as "part ‘Fresh Prince,’ part ‘Hitch.’"

"I think it’ll stand out as unique even in the Disney world," he said. "There hasn’t been a lot of that hip-hop flavor in Disney history."

The EW cover story unveiled multiple stills from the upcoming "Aladdin." Die-hard Disney fans were at first startled to see Smith’s Genie without blue skin in the newly released images. Smith, however, made certain to reassure fans writing on Instagram Wednesday that his Genie is "gonna be BLUE!" and the cover represents Genie’s "human/disguise form." The actor further elaborated saying his character will be CGI and blue most of the film.

We can show you the world… of Disney’s live-action #Aladdin! Get a shining, shimmering, splendid first look at the reimagined classic in these exclusive new photos. Swipe left ?? for a sneak peek, and click the link in our bio to see them all. ?: Daniel Smith/Disney

A post shared by Entertainment Weekly (@entertainmentweekly) on Dec 19, 2018 at 6:07am PST

The cover also shows the first look at Naomi Scott as the beautiful Princess Jasmine. If you recall, we first spotted Mena Massoud as the titular character in the teaser trailer back in October.

Like the original, Aladdin is described by Disney as a "hapless but lovable street rat who is smitten with the Sultan’s daughter" and stumbles upon a magic lamp inhabited by a wish-granting genie. Jafar is still up to no good, devising "a nefarious plot to unseat the Sultan and rule Agrabah himself."

Navid Negahban ("Homeland") plays Jasmine’s father in the film, while Billy Magnussen ("Into the Woods") will appear as Prince Andrews, a new character and potential suitor for the princess. Nasim Pedrad ("SNL") plays one of her hand maidens.

Scott, who is best known for her role in the 2016 "Power Rangers" reboot, is of Indian and British descent and told EW that growing up it was really "powerful" to see a Disney princess who "looked" like her. The actress said she was excited to give a modern spin on the character.

"Jasmine’s main objective at the beginning is to really protect her people and to do right by them," Scott said of the Disney princess, who will be getting a solo song in the live-action version. "She definitely isn’t a finished article at the beginning of the movie, but she has this beautiful arc and progression, and she goes from asking for what she wants to just taking it, and displaying that she is a leader."

Most people know writer-director Ritchie from his work on wise-cracking action films, but Smith praised Ritchie’s contemporary take on the kid-friendly film.

"When you think timeless Disney classic, you’re not really thinking Guy Ritchie," Smith said. "But he brings a beautiful edge to the look and feel and imagining of ‘Aladdin.’"