Home » TV & Movies » Will Regé-Jean Page Be in the 'Bridgerton' Spinoff? 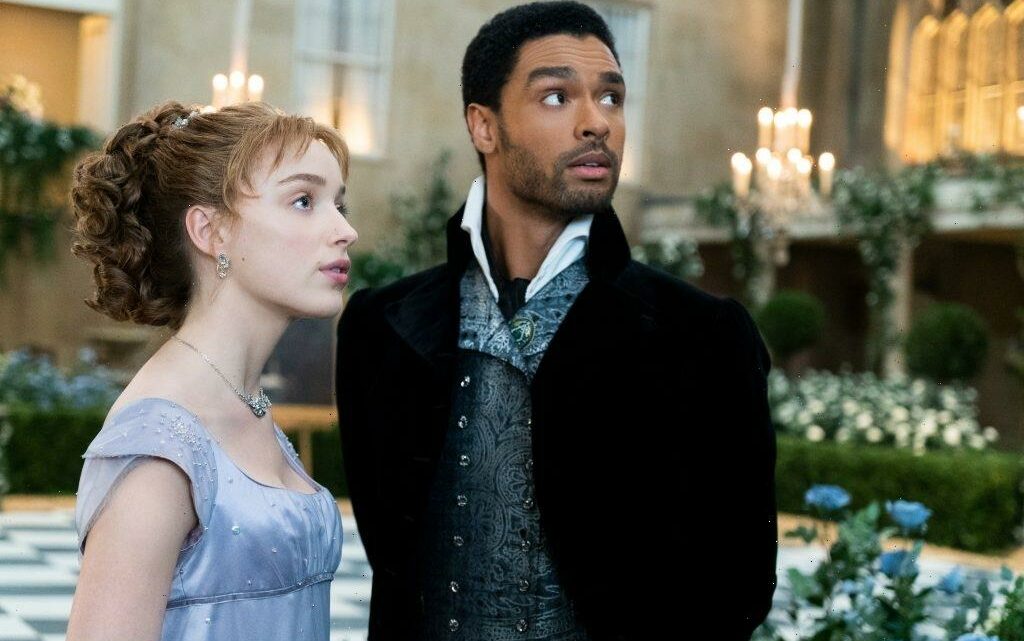 Will Regé-Jean Page Be in the 'Bridgerton' Spinoff?

Netflix just massively expanded the Bridgerton Universe, and fans of the 19th century-set romantic drama should be thrilled. Season 1 of the original show followed Daphne (Phoebe Dynover), the eldest daughter of the opulent Bridgerton family who makes her debut on the marriage market.

Determined to find a love match in her husband, Daphne enlists the help of her older brother’s closest friend, Simon, the Duke of Hastings (Regé-Jean Page) as a pseudo suitor. However, the pair doesn’t anticipate falling in love with one another.

Now, Netflix has announced that in addition to at least three more seasons of Bridgerton, the beloved show is also getting a spinoff series.

What will the ‘Bridgerton’ spinoff be about?

In Bridgerton, a major player on the marriage market is Queen Charlotte (Golda Rosheuvel), who loves betting on the love matches for her own amusement. She is loosely based on a real-life queen. Now, Netflix is set to give Queen Charlotte her very own origin story in a limited series.

According to The Hollywood Reporter, the Bridgerton spinoff will chronicle the rise and love life of a young Queen Charlotte. A young Violet Bridgerton (Ruth Gemmell) and Lady Danbury (Adjoa Andoh) will also be included.

Shonda Rhimes will serve as executive producer on the new show as well as Shondaland partner Betsy Beers and director/actor, Tom Verica.

Amid news of the spinoff, production of season 2 of Bridgerton is already underway. Season 2 will be based on Julia Quinn’s second Bridgerton novel, The Viscount Who Loved Me, which centers on the eldest Bridgerton sibling. “Lord Anthony Bridgerton intends to dominate the social season,” Netflix said in their renewal statement.

Though fans expected Daphne and Simon’s story to take a step back, no one anticipated that Page would not be reprising his role. “Dear Readers, while all eyes turn to Lord Anthony Bridgerton’s quest to find a Viscountess, we bid adieu to Regé-Jean Page, who so triumphantly played the Duke of Hastings,” Bridgerton’s official account tweeted. “We’ll miss Simon’s presence onscreen, but he will always be a part of the Bridgerton family.

Though Page initially only signed a deal for one season of Bridgerton, he reportedly turned down $50,000 per episode to return. However, it seems that the actor wants to focus on his other projects including Netflix’s The Gray Man.

Will Regé-Jean Page be in the ‘Bridgerton’ spinoff?

With Page focusing on his film roles like Dungeons and Dragons, and because the Bridgerton spinoff is set several decades before the events of the original series, it’s very unlikely that the actor will be appearing in the spinoff.

However, with nine books in Quinn’s Bridgerton series and many more seasons of the original show already greenlit, it’s possible that Page could make a surprise appearance in the future.

Why Anna Paquin Is Defending Her Marriage