Home » TV & Movies » Will Corey and Evelin from 90 Day Fiance last? A relationship expert weighs in 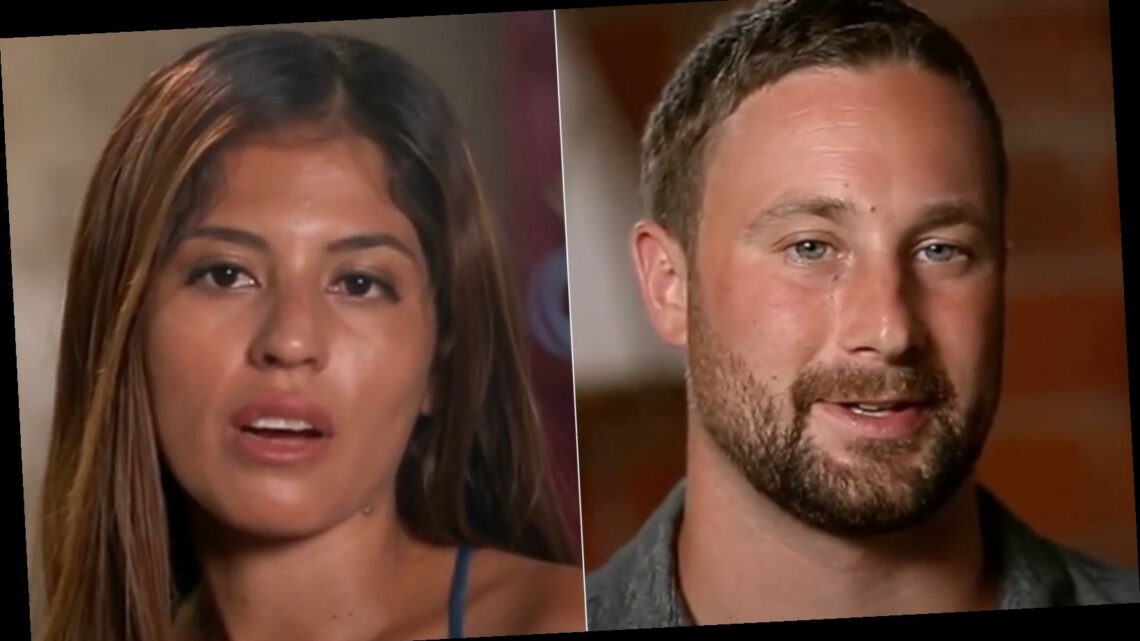 Will Corey and Evelin from 90 Day Fiance last? A relationship expert weighs in

“Fans of 90 Day Fiancé are no stranger to couples on the show going through rough times and drama before deciding to marry and have their happily ever after,” Nicole Moore, life coach and relationship expert, exclusively told Nicki Swift. Indeed, just take a look at duos like Mark Shoemaker and his wife Nikki, the seemingly doomed Darcey Silva and Jesse Meester, and not to mention Ed “Big Ed” Brown and Rosemarie Vega. Then there’s Corey Rathgeber and Evelin Villegas, who first appeared on 90 Day Fiancé: The Other Way and spent their time on TV facing their fair share of struggles.

During their time on the reality show, Corey and Evelin dealt with dishonestly, disputes, and demands between themselves, as well as unimpressed family members, and even interest in other people. That might leave you wondering if the couple has any chance of staying together. According to Moore, “The answer is no.” While that may seem brutally honest, our expert was willing to break down why this relationship may never work.

Read on to find out why Corey and Evelin may simply not have what it takes to make things last. And frankly, when you find out what Moore has to say about the situation, you may end up agreeing these two could be better off apart.

If you’ve ever cringed over the way that Evelin Villegas treats Corey Rathgeber on 90 Day Fiancé, you’re not alone. That’s because, as life coach and relationship expert Nicole Moore claimed to Nicki Swift, “Evelin doesn’t respect Corey.” Moore gave us an example by recalling when Corey traveled for two whole days, feeling “exhausted and giving everything in him, only to arrive at the airport and Evelin wasn’t there to greet him.” The expert noted that while Evelin rationalized this by saying Corey needed to “learn how to live in Ecuador” without her help, our expert believed that leaving him alone — on the very first day he moved to a new country to spend his life with her — was “just mean.”

Beyond that, Moore said Evelin “chose to use that moment to try and challenge him, hoping… that would force him to become magically independent in a foreign country. But, a true partner would have communicated her desires with love instead of leaving him high and dry at the airport.”

On the other hand, Moore pointed out, “Corey isn’t innocent either. His refusal to stand up to Evelin when she’s being mean to him makes him implicit in the dynamic as well.” Honestly, Moore speculated, “this relationship will end if and when Corey raises his level of self-esteem to realize he deserves a woman who speaks highly and positively about him.” However, the next issue makes that seem unlikely to happen.

Corey Rathgeber and Evelin Villegas have an unhealthy 'power dynamic'

When it comes to 90 Day Fiancé‘s Evelin Villegas and Corey Rathgeber, life coach and relationship expert Nicole Moore explained to Nicki Swift that “Corey keeps trying to prove his worth to Evelin, but in 6 years she STILL won’t give him the approval he craves.” Despite the fact that “Corey has consistently shown that he’ll do whatever it takes to be with Evelin” and “cares highly about what she thinks,” this plays into the “toxic energy and an imbalanced power dynamic.” This happens “when someone is desperately trying to seek the approval of the other person who refuses to give it.”

“On a subconscious level, Evelin is likely terrified of being rejected so she withholds approval from Corey as a way to gain power over him and ensure that he doesn’t leave because he’s so busy trying to prove to her he is worthy,” Moore explained. “Unfortunately, this kind of imbalanced power dynamic usually does not end well. The person who is constantly seeking approval eventually gets tired of their partner disapproving of them.”

While that certainly sounds bad enough, hold on — because there are even more issues standing in this couple’s way when it comes to enjoying a happily-ever-after together.

“When one or more parties see other people during a ‘break’ it almost never ends well,” Nicole Moore told Nicki Swift. “The truth is, a partner seeing someone else while on a break often feels the same as if they had cheated on you when you were together. It’s not logical, but love isn’t logical.” When this situation cropped up for Evelin Villegas and Corey Rathgeber, Moore noted that while they both participated in flings, “Evelin can’t handle it when Corey does the same thing she did.”

The life coach and relationship expert noted that while Corey worked through the fact that “Evelin hooked up with someone else when the couple was on a break,” things changed “when the tables were turned when Evelin asked for a break and Corey ended up meeting a girl during that time.” It was at that point that “she proved she’s hypocritical and can’t handle it when the same thing she’s done happens to her.”

Moore said that “it’s likely that Evelin will be so upset about Corey meeting someone else that she won’t be able to let it go like Corey did and this will cause huge blowout fights that end in the pair separating.” And if that doesn’t do it, perhaps the other issues will result in their relationship ending once and for all. Yes, that’s right, there’s even more trouble for these two.

Couples don’t have to agree on everything, however, they should see eye-to-eye on major issues. The fact that Evelin Villegas and Corey Rathgeber seem to “have differing views on a man’s role in a relationship… may cause too much stress [and] break the couple up,” according to Nicole Moore. “In 90 Day Fiancé, Evelin made it clear that her view is that a man should make all the money and ‘be the provider’ in the relationship,” Moore told Nicki Swift. “You could tell by the look on Corey’s face that that made him feel super stressed and he didn’t really want all of the financial pressure to be on him.”

The life coach and relationship expert explained that “money is one of the biggest reasons that people divorce or split and when couples aren’t in agreement on how finances need to be handled, it often causes arguments and resentment.” And due to the fact that Corey and Evelin “are facing a lot of financial stress due to their Tiki Bar business being shut down due to COVID,” this could lead to a breakup “if the two cannot find another source of income and if Evelin puts all the pressure on Corey to ‘be the man’ and figure it out.”

To put it frankly, Evelin and Corey’s dynamic may simply be too negative to overcome because of the very nature of their behavior.

The struggle between a 'wounded puppy' and the inability to love

If you weren’t already convinced Evelin Villegas and Corey Rathgeber have to overcome some serious issues to be truly happy together, then you definitely need to consider what expert Nicole Moore explained about the 90 Day Fiancé couple’s destructive dynamic. This “is a classic case of an anxious people-pleaser being with a dismissive love avoidant person (Evelin). In this pairing, the pleaser constantly clings and craves for the love of the other person while the avoidant puts walls up, criticizes and comes close only to pull away again,” Moore pointed out, while adding that “this push/pull leaves the pleaser feeling addicted and like they’ll do anything to win the avoidant’s love.”

In fact, “Evelin has shown time and time again that she can’t fully let love in” — remember when she forgot to wear her engagement ring? — while Corey “is like a wounded puppy who keeps coming back to its owner in the hopes that he’ll finally give him some love.”

So, what will happen in the end? Moore predicted, “Corey may keep trying to make it work with Evelin because some part of him is addicted to trying to win her approval. But what’s more likely is that he’ll eventually snap and realize that he deserves better.” As for Evelin, she “may finally want Corey fully only after he’s decided that he doesn’t want her.” At that point, it’ll likely be too late for these two.

CategoryTV & Movies
Tags90 and Corey Evelin from Will