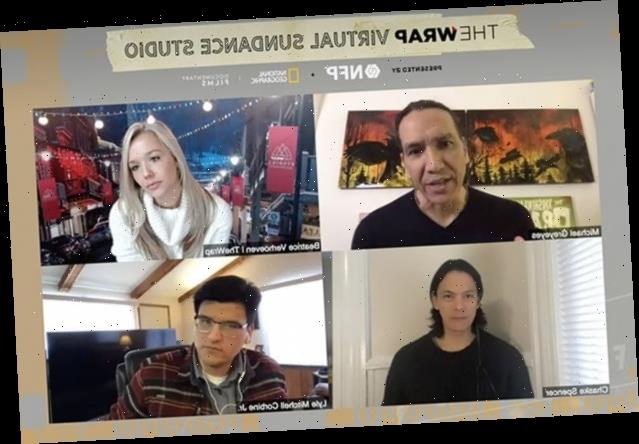 Sundance 2021: “This character challenged me on every level,” actor tells TheWrap

“Wild Indian,” a psychological thriller about two men that have to live with a crime they committed as children, has left its star Michael Greyeyes “haunted.”

“Makwa was so very complicated — when I read the script, I was immediately attracted to the potential of playing a character like this — and this character challenged me on every level,” he told Beatrice Verhoeven at TheWrap’s Sundance Virtual Studio presented by NFP and National Geographic. “I was attracted to it because Lyle (Mitchell Corbine Jr.)’s script placed an indigenous character inside the center of a frame, like the frame of narrative, and this is a space not usually reserved for indigenous actors, and I relished the opportunity to lead in that sense. But the darkness and the character’s inherent violence was really something challenging for me.”

He added: “I’m still haunted by [the character] — some of the things that Makwa says really struck me, in terms of how he internalized racism, how he loathed himself at times — just watching the film again, I kind of remain haunted by the whole process.”

Greyeyes plays Makwa, a man who murdered a schoolmate when he was younger and had his childhood friend (played by Chaske Spencer) help cover it up. Years later, they run into each other and have to confront their traumatic past. Corbine wrote and directed the film. Jesse Eisenberg, Kate Bosworth, Lisa Cromarty, Hilario Garcia III, Phoenix Wilson, Julian Gopal and Scott Haze also star.

Greyeyes explained that to prepare for the role, he lost 35 lbs. and worked out a lot, which made him “harder physically.” Spencer did exactly the opposite for his role.

“It was something that was totally opposite of me, so when I get a character like that, I love characters like that so I can explore that side of myself that I haven’t tapped into,” Spencer explained. “I did the opposite of Michael — I put weight on, so while he was starving himself, I’m eating everything I can and hitting the gym, and I think that added something.”

Corbine Jr. said his script evolved over a “couple dozen drafts,” and he drew from his personal life to propel the script forward.

“I was living in Berkeley, California, and I had just left my reservation to move across the country, and I was feeling disconnected, and I was imagining my family coming to visit me and how I would feel about that,” he said. “As the script evolved over a couple dozen drafts, I started upping the stakes.”

Watch the full interview above.

14 Buzziest Sundance Movies for Sale in 2021, From Questlove's 'Summer of Soul' to Rebecca Hall's 'Passing' (Photos)

This year’s Sundance is shorter, virtual, national instead of local and has a new director for the first time in years. But what has not changed is that Sundance remains one of the best marketplaces for independent films. This year’s lineup even has some hopeful Oscar contenders such as Robin Wright’s “Land” and “Judas and the Black Messiah” from Warner Bros., and we’ve already seen a few titles such as “Together Together,” “The World to Come” and “The Most Beautiful Boy in the World” find homes. But while there may be fewer films overall and without the in-person wheeling and dealing, the market figures to be just as robust with some exciting movies up for sale (all titles are presented alphabetically).