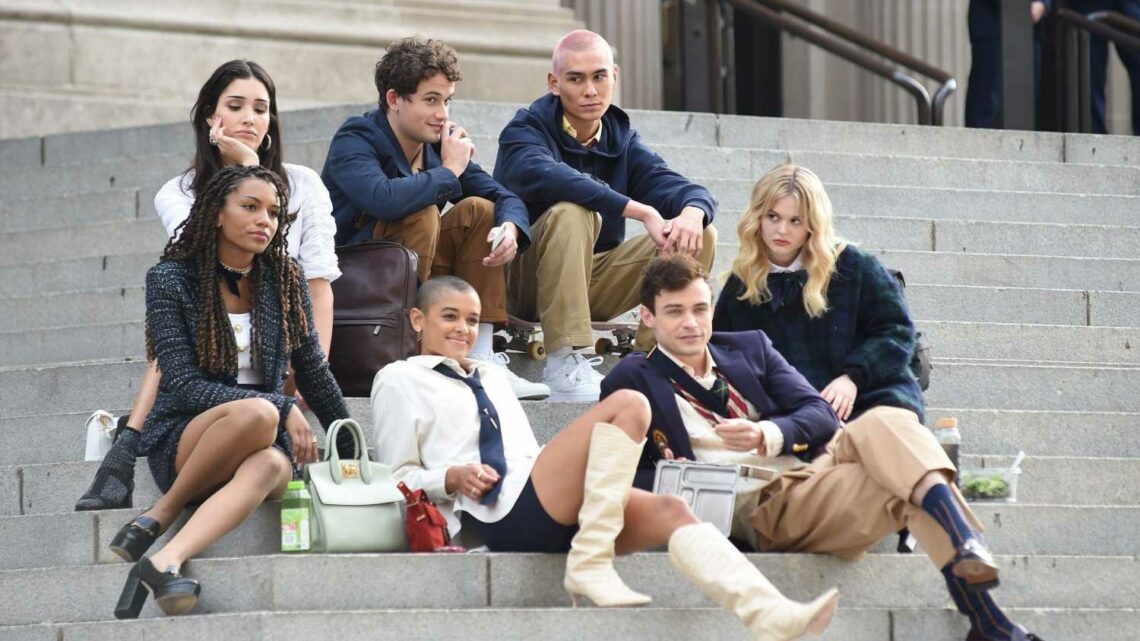 Gossip Girl made stars of the likes of Blake Lively and Chace Crawford as the Noughties US teen drama introduced us to the lives and scandals of the privileged youngsters living in New York’s Upper East Side. 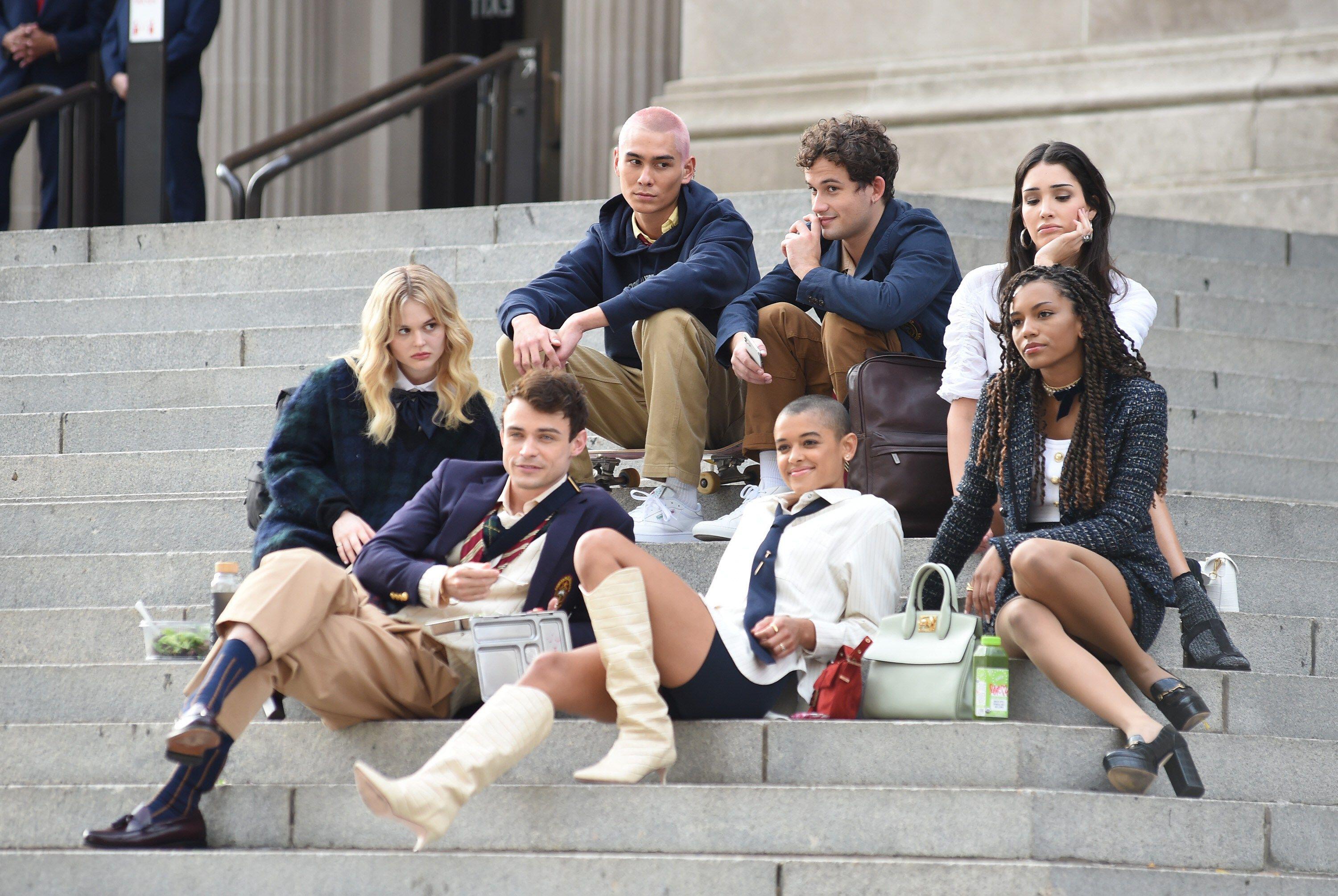 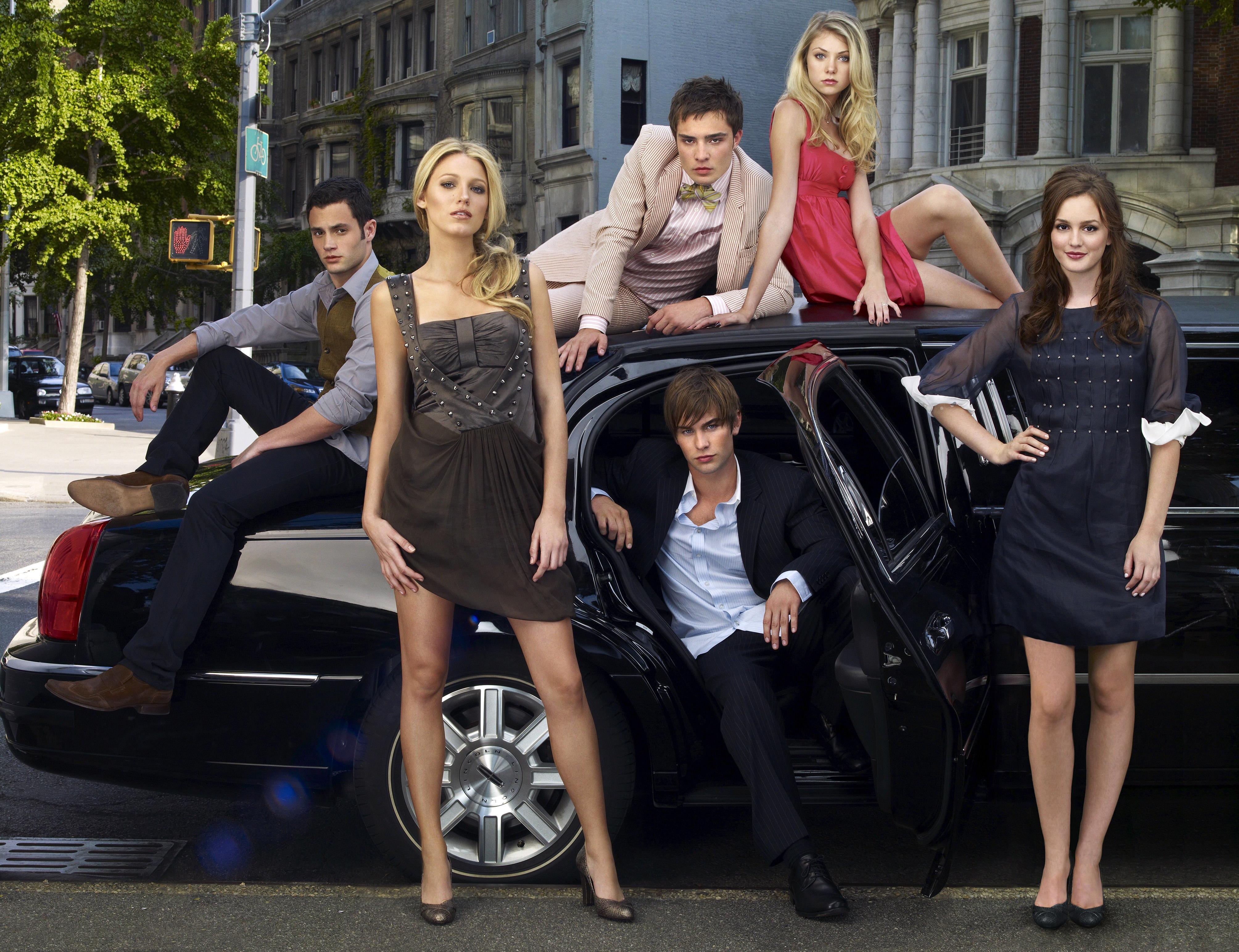 Nine years after the series ended, their outrageous world returns, featuring a new cast of characters and a whole lot of angst.

“I think people are ready for something fun, some escapism and to see New York again as a playground,” admits executive producer Josh Schwartz, who developed the original series alongside fellow executive producer Stephanie Savage.

“It feels like everyone is coming out of their Covid bubbles and they’re looking for something that they can sink their teeth into with rich characters but that also feels fun.”

We return to private school Constance Billard, where social-media influencer Julien (Jordan Alexander) and her pals rule their peers AND the staff.

However, the arrival of her half-sister Zoya (Whitney Peak) and the revival of the mysterious Gossip Girl on Instagram sees all of their lives flipped upside down.

“I don’t think Instagram existed when we started the original series,” says Stephanie. “Social media is used in a realistic way as kids use it now and they’re so much savvier about it than they were when we started out.

"These kids have an understanding of what it means to have a platform and the responsibility of having followers, the show does a deep dive into unpacking all of that.”

“Social media is one of the modern themes I wanted to tackle in this version of Gossip Girl,” adds Josh. “The idea of how we curate ourselves daily in a variety of different platforms or ALL the platforms, and how we use that energy to make sure you’re coming across how you want to, that’s sort of the theme of this Gossip Girl, which is always about bursting the bubble of how you present yourself and how you really are – that dichotomy was
much shallower the first time round.

Serena (Blake Lively) thought she was Serena everywhere and Gossip Girl revealed that actually the real Serena is . Now, Julien spends her time curating herself but she knows that isn’t who she is, and Gossip Girl comes around to say: ‘Actually, let me show you who she really is.’

Julien was already aware of the dichotomy but having it exposed is that much more horrifying and difficult.”

While the original characters are referenced, Frozen’s Kristen Bell is the only cast member to return as she reprises her role as the voice of Gossip Girl.

“We certainly weren’t going to assume that Kristen wanted to do it, although for her it’s a pretty good gig because you can do it anywhere in the world,” laughs Josh.

“For us, it was a really essential element, the one constant was this franchise of Gossip Girl – this social media presence that is spying and stirring the pot of all of these teenagers.

Having Kristen return as the voice of Gossip Girl just felt really iconic and essential to that continuity, so we were thrilled that she agreed to come and do it and I think she brings so much to it and adds so much fun.”

So, is there really no chance that any of the original cast could return?

“This is a continuation of the show so it didn’t really make sense to have the original actors come back, but they are in this world,” explains Stephanie.

“They’re referenced quite a bit and there’s this sense that they are off living their adult lives, free of Gossip Girl, but there’s definitely the hope that at some point they can cross through, interact with our characters, and pass through for a visit…” 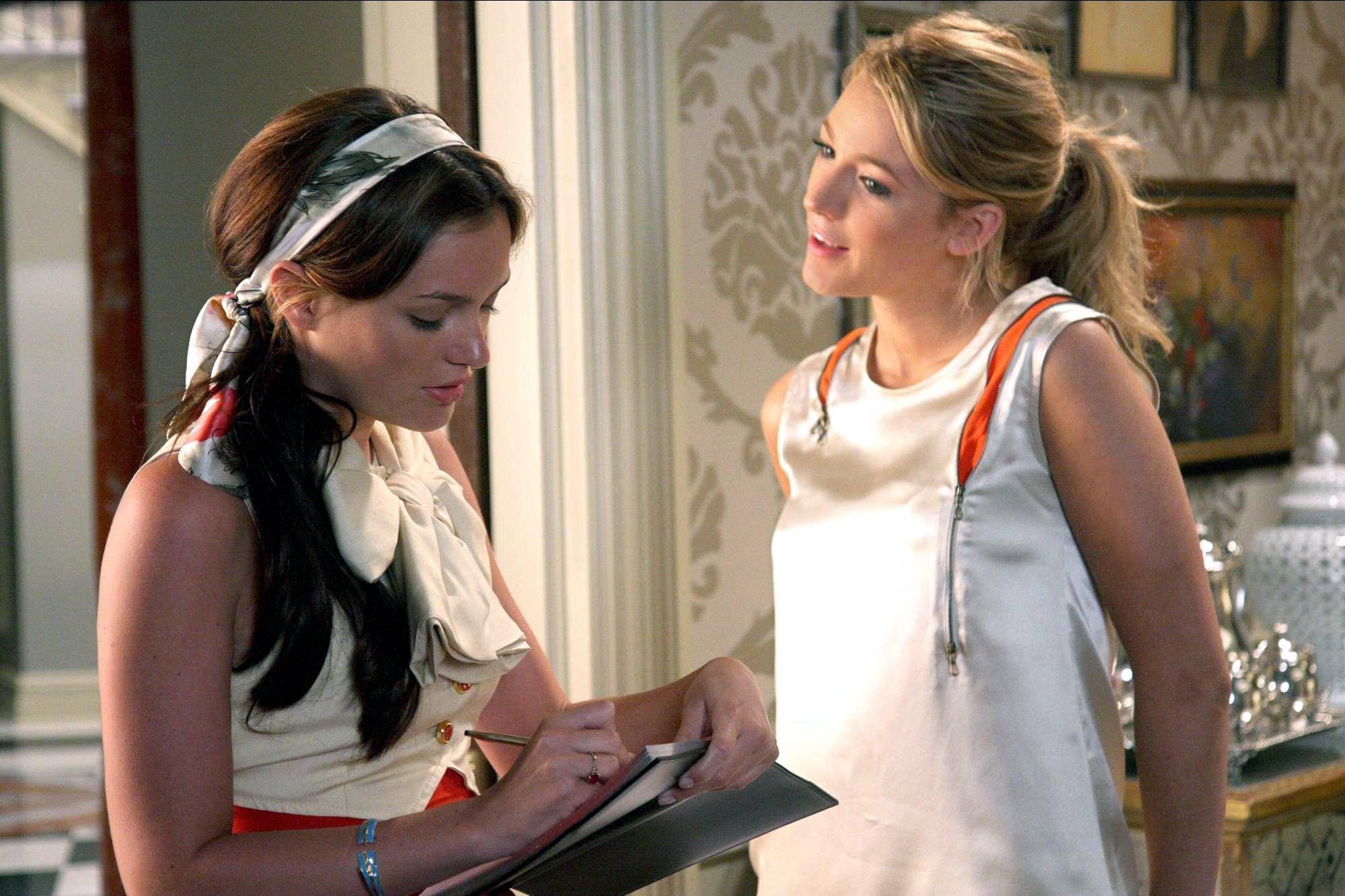 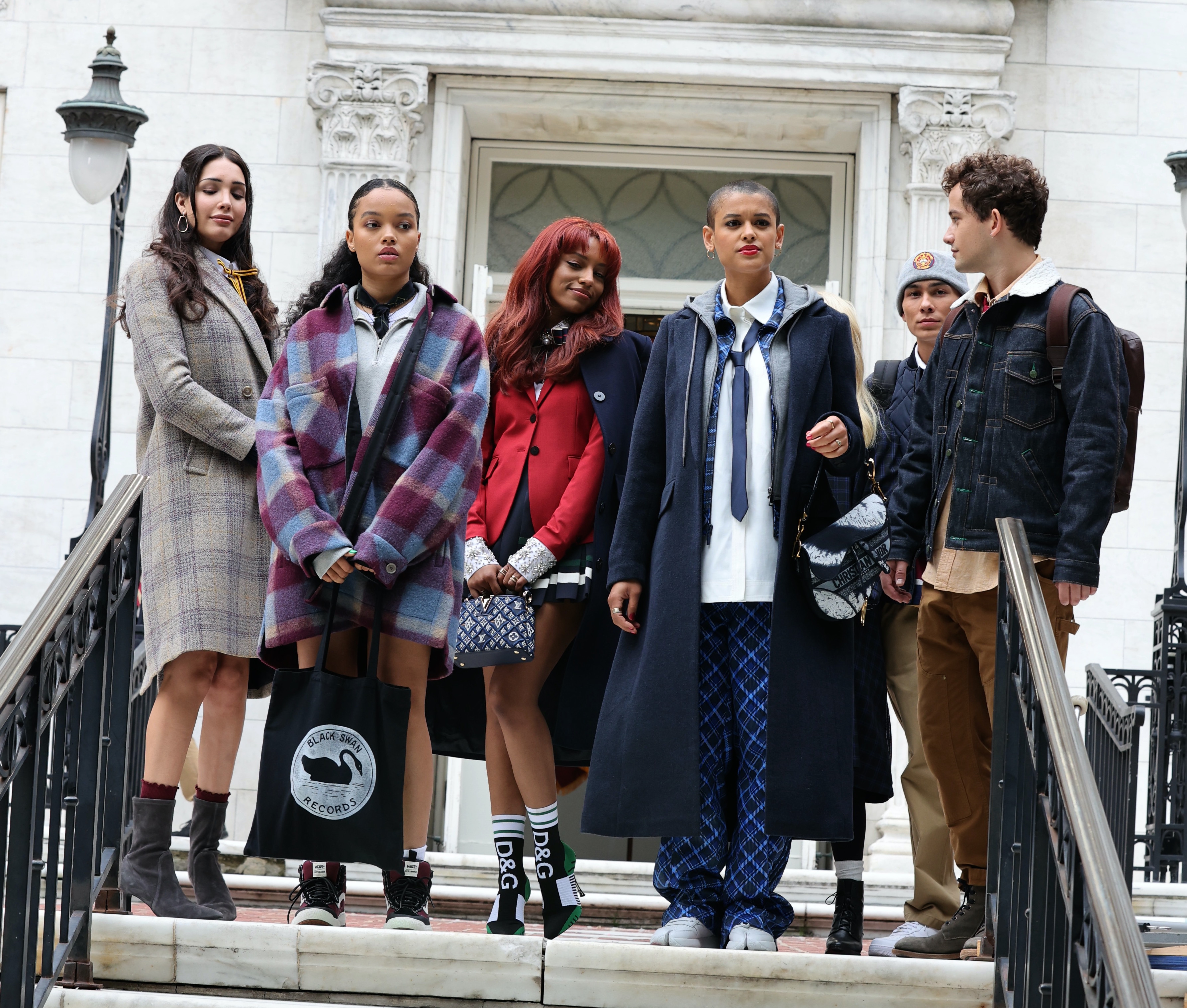 All episodes available on BBC iPlayer from Wednesday. TV Mag is available every Saturday, only in The Sun.