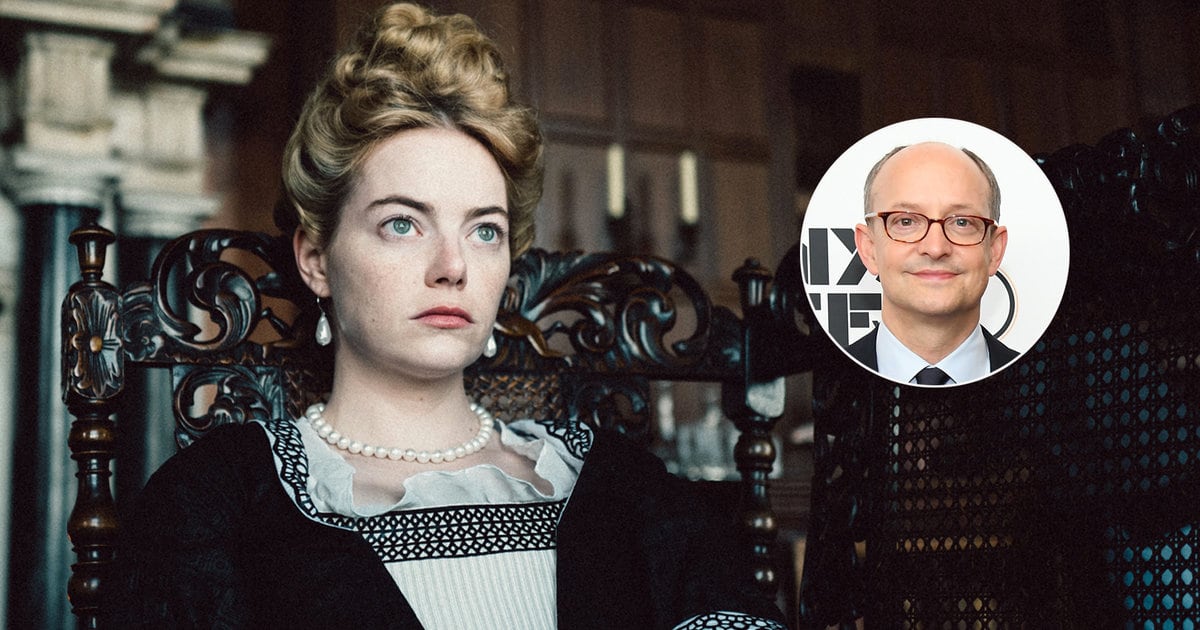 Ed Guiney also tells TooFab what he thinks his new critically acclaimed movie is “ultimately about.”

The Academy of Motion Picture Arts and Sciences puzzled members and cinephiles alike earlier this year when it announced plans to include a Best Popular Film category in the coming years, and "The Favourite" producer Ed Guiney is among those scratching their head.

Since his latest film — a satirical period piece starring Emma Stone, Rachel Weisz and Olivia Colman — is a hit with critics and audiences, TooFab figured he was the right guy to ask for his thoughts on the proposed category, which was announced this past August before the Academy decided in September that the category wouldn’t be implemented for another year. Regardless of when the category launches, Guiney thinks it’s "unnecessary."

"I can understand why they might have thought about it, obviously because they want to keep good television audience by any means possible. But actually what you’re seeing is really popular movies already in contention for the Best Picture Oscar, aren’t you?" the indie filmmaker told TooFab, naming Bradley Cooper’s remake of "A Star Is Born" and Marvel’s "Black Panther" as examples. "So I think that would make you think that maybe the Best Popular [Film] Oscar is unnecessary."

Guiney is a veteran producer with 49 credits on his resume, and was nominated for his first Oscar in 2015 when "Room" scored a Best Picture nomination. "The Favourite" may very well score him his second Best Picture nomination. Over the weekend, it dominated the British independent film awards (Bifas) by winning a record 10 trophies, including best British independent film and best actress for Colman. Even with all of this award show experience under his belt, he’s confused how the Best Popular Film category would even work.

"Say there was a category that ‘Black Panther’ is in. Can it eligible for both or just for the most popular one or you have to put out a certain number of prints in order to qualify or –? It’s sort of ultimately implies that popular means good… the reason why popular films shouldn’t win the Oscar, I think."

Let’s take a look at two movies in the same genre that perfectly illustrate his point. "Black Panther" was one of the biggest box office hits of the year, raking in over $1.3 billion, and one of the best reviewed with a 97 percent "fresh" rating on Rotten Tomatoes. Meanwhile, Tom Hardy vehicle "Venom" will also go down in the history books as a big success, grossing $843.9 million worldwide since its release in early October. The "Spider-Man" spinoff, however, bombed with critics, scoring only a 29 percent approval rating on Rotten Tomatoes.

When it comes to the Oscars, Guiney is only interested in the Academy awarding one thing. "It can be popular quality, or it can be maybe a more challenging quality, but it’s quality."

"The Favourite" was directed by one of Guiney’s frequent collaborators, Yorgos Lanthimos, who also directed indie darlings "The Lobster" and "The Killing of a Sacred Deer." Their new dramedy opened last month in just four theaters — two in New York City and two in Los Angeles — and grossed $420,000, which Variety reported as the biggest screen average for an indie film in over two years. So far, it’s grossed over $1.6 million and the buzz is just starting to build, so we expect this movie might end up being quite popular with moviegoers as we get closer to the Oscars next year.

"The Favourite" concentrates on a forbidden love triangle between a frail Queen Anne (Colman), her close friend Lady Sarah (Weisz) and Sarah’s cousin Abigail (Stone). Abigail gets employed at the the castle as a maid, but is determined to reclaim the Lady status she held in the past. The film offers a wry look into early 18th century England’s royal court, filled with extravagant feasts, duck racing and recreational pigeon shooting.

Guiney told TooFab that for this year’s awards season, distributor Fox Searchlight is campaigning for the Academy to consider Colman in the Best Actress category and pushing the other two stars as Best Supporting Actress contenders. We’re expecting the movie to score several nominations at the Oscars and all of the ceremonies leading up to the big show, including The Golden Globes and the guild ceremonies like the SAG Awards.

The movie exploring a lesbian love triangle is being praised for perfectly balancing between comedy and drama, and Guiney is giving Lanthimos all the credit.

"It’s one thing that Yorgos [Lanthimos] is very good at, I mean he’s sort of a master of tone," Guiney said. "I think you’ve seen with other movies, but one of the things you can really do, he can kind of turn, you know, from kind of high comedy to deep tragedy all within a scene. He’s really brilliant at that."

In Guiney’s view, the overall message of the quirky satire is entirely subjective, meaning it’s open to interpretation for each individual viewer.

"I think in all [Lanthimos] films, he puts characters in very extreme circumstances in order to explore human nature, our different dimensions of human nature," Guiney said. "So I think there’s a huge amount of humanity in the film. But I suppose it’s ultimately about how people — love, jealously, whatever it is — can destroy both themselves and other people, that comes through in the film."

"I think he said that to explore different facets of the human condition and then let people take from it what they will," he continued. "So I don’t think there’s any right message or right answer to take from this."

"The Favourite" is in theaters now.