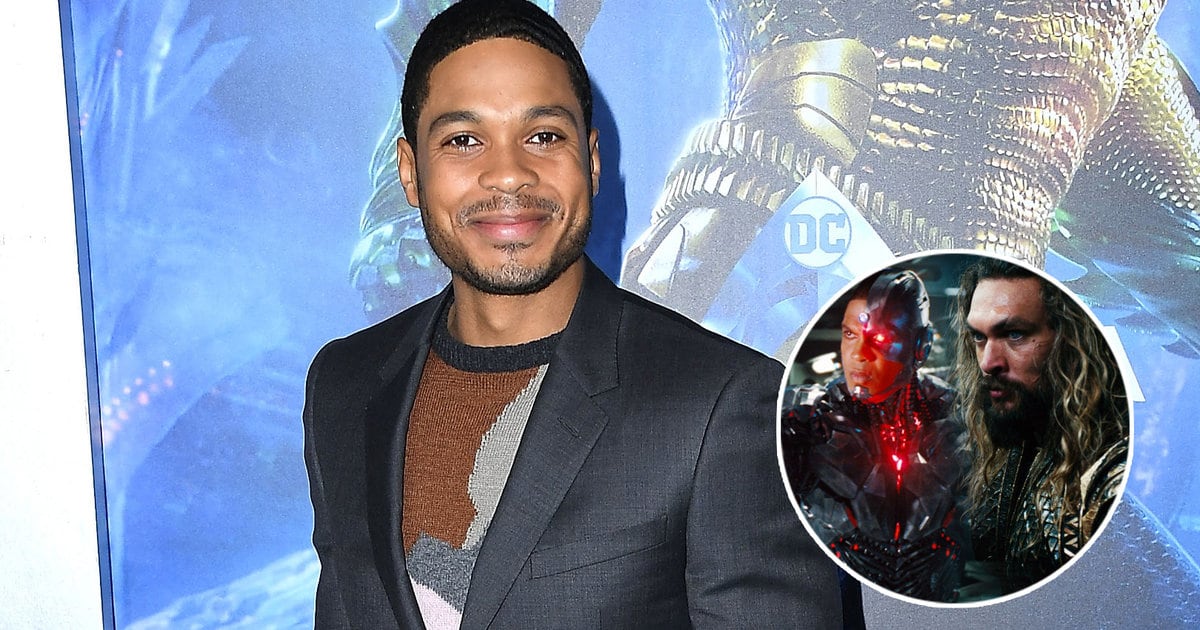 Fisher reveals the hilarious reason why Momoa pulled him aside on set.

Fans may know him as Ray Fisher, but to Jason Momoa’s kids, he is Cyborg.

Fisher hit the blue carpet this week to support his "Justice League" co-star for the U.S. premiere of "Aquaman," something he called both a "pleasure" and a "privilege" to do for his superhero "brother."

Since everyone who works with Momoa seems to have an interesting story to tell, TooFab asked Fisher about his — and it didn’t disappoint.

"Jason’s kids would be on set with us all the time and his son Wolf, he’d call us Cyborg, or, ‘Hi Flash, Hi Cyborg, Hey Wonder Woman,’" explained Fisher. "They’d come up to me like, ‘Bye Cyborg,’ and I’d go, ‘I’m Cyborg, but my name’s actually Ray.’"

That didn’t sit to well with his co-star.

"Jason pulled me aside, he’s like, ‘Man, these kids still believe in Santa Claus, alright? You’re Cyborg,’" Ray continued. When that message is coming from a beast like Jason Momoa, you take it to heart.

"The man, you can tell he loves his family, he would do anything to protect them," the actor added. "He loves his friends, too. Whenever you’re around him, there’s just a warmth that you feel. You can’t really beat it."

And while Aquaman gets his solo outing later this month, Cyborg will reportedly get his own closeup in 2020. Fisher, however, had no details for us just yet. "No update that I can give you" he explained, adding, "Whatever we see, as long as it’s good, I’m on board."

Coming up next for Ray is Season Three of "True Detective," which sees him sharing the screen with Mahershala Ali, Stephen Dorff and Carmen Ejogo. That too is shrouded in mystery.

"I can probably tell you even less about that than I can the Cyborg standalone," he told TooFab. "If you’re a fan of ‘True Detective, you’re going to love this. The entire cast and crew, we shot down in Arkansas and it’s just beautiful. I think you get the best of all the worlds, cinematically, with this season."

According to police report, the NFL free agent is wanted...