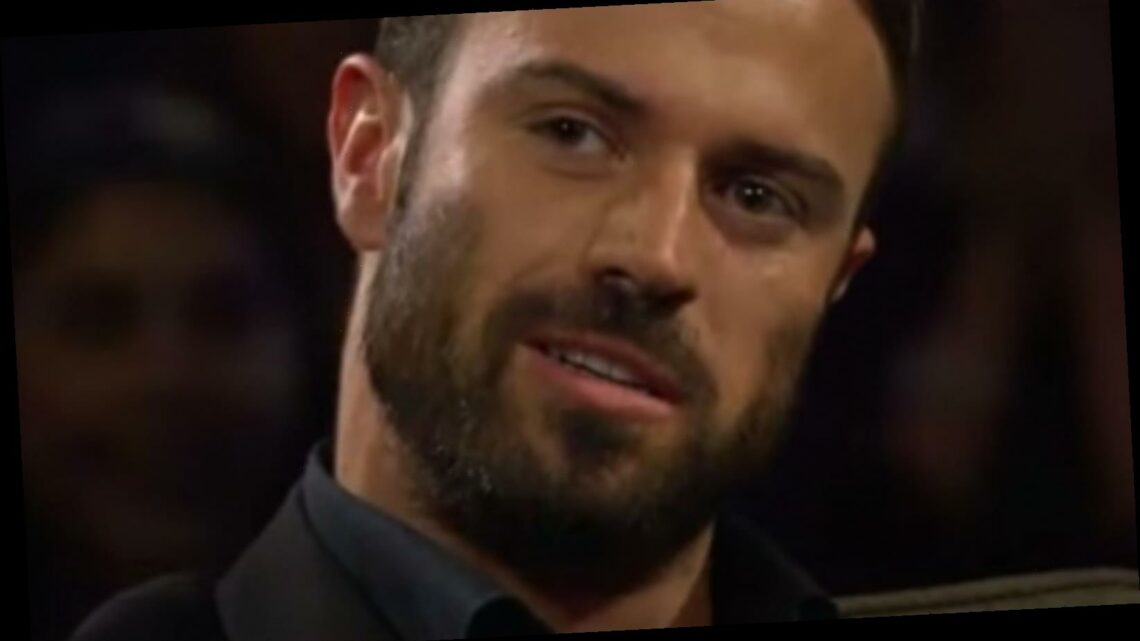 Why Chad Johnson Never Stood A Chance On The Bachelorette

Former real estate agent Chad Johnson made quite the impression during JoJo Fletcher’s season of The Bachelorette. He garnered a fair amount of camera time, but ultimately, fans ultimately came to believe that he never stood a chance of receiving Fletcher’s final rose.

As Huffington Post detailed, Johnson’s first foray into reality television was via The Bachelorette. On paper, he seemed like a potentially fabulous match for Fletcher. They both worked in real estate and he was handsome and fit. In fact, Dallas News noted that Fletcher called Johnson “sexy” and “mysterious” after meeting him.

However, it didn’t take long for a very different side of him to emerge. Johnson didn’t hold back in critiquing his fellow bachelors and he couldn’t hide his distaste for many of them. It wasn’t just the guys he crticized. He was on a group date right away during that season of The Bachelorette, and he suggested that Fletcher was being a bit “naggy” toward him.

Most viewers would say that calling the women he’s trying to win over naggy is a bad sign for receiving the final rose. Fletcher didn’t necessarily hold that comment against him at the time, but he had trouble from almost Day 1 with the other guys. Fellow bachelor Alex Woytkiw told The Hollywood Reporter that Johnson wasn’t edited unfairly.

“This wasn’t fake, Chad was like this the whole time… He’s just a bad guy,” Woytkiw explained.

In fact, Chad Johnson got physical and had many of the other men on edge. ET shared that when Evan Bass suggested that Johnson might have been doing steroids, things got ugly. Johnson grabbed Bass and ripped his shirt before punching a door and threatening his fellow Bachelorette cast member.

Johnson really only had one ally during filming, his workout buddy Daniel Maguire. Even Maguire suggested that his friend bore some slight similarities to Hitler. Tensions ultimately ran so high that People revealed an unusual move made by some of the other men. They hired a security guard to keep them safe from Johnson. “Chad’s aggressive behavior has been elevated to a level that’s not safe, for anybody really at this point,” contestant Luke Pell said.

Fletcher booted Johnson not long after all of this. He moved from The Bachelorette to Bachelor in Paradise, and drama found Johnson there, too. Some contestants initially aimed to give him the benefit of the doubt considering his antics on Fletcher’s season, but it didn’t take long for him to drunkenly implode in paradise, too (via the Los Angeles Times).

Looking back, it was certainly quite easy for viewers to see that Johnson never would have been a good match for The Bachelorette Fletcher.