Home » TV & Movies » Who was The Night Stalker? 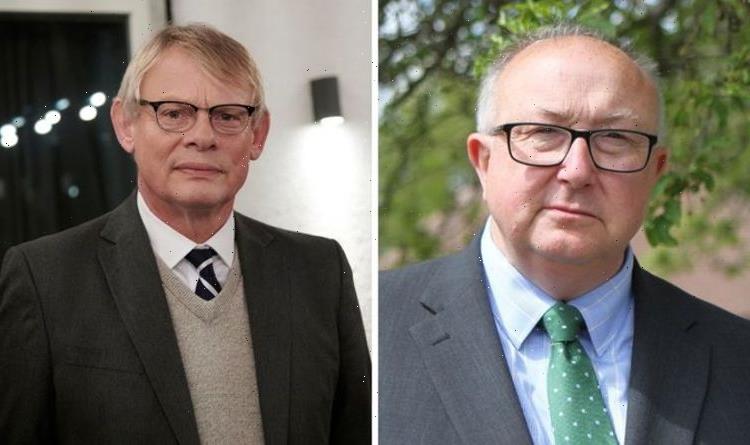 Manhunt: The Night Stalker is the new ITV series continuing to chart the career of DCI Colin Sutton (played by Martin Clunes), a real Met detective who became known for cracking some harrowing cases. This series follows his investigation into the ‘Night Stalker’, one of the most disturbing criminal investigations in British crime history.

When Manhunt first aired in 2019, it retold the real investigation into Levi Bellfield, a notorious serial killer operating around London.

In 2004 he tragically killed Amélie Delagrange, setting in motion an investigation lead by Sutton that he gave everything to solve.

Meticulously working through the case, he eventually tracked Bellfield down, despite the accepted lack of evidence in the beginning.

Sadly, this would just be the first disturbing case Sutton would tackle, with the events seen in the new series arguably being his most infamous.

The ‘Night Stalker’ was a serial rapist, breaking into homes and sexually assaulting elderly women around south London.

Overall, he was responsible for over 100 assaults, with the ages of his victims ranging from the early 60s to their 90s.

Operating from 1992 to 2009, the allusive criminal earned the moniker the ‘Night Stalker’ from the UK media.

However, behind the title was Delroy Grant, with the police believing his crimes could have actually gone back further than 1992.

When Grant broke into the homes of his victims, he would cut the telephone wires, switch off electrics and unscrew lightbulbs.

He would go long periods between committing these abhorrent crimes in a bid to avoid getting caught.

However, the police believe Grant could have been ashamed of his violent activities, restraining him from committing them more regularly.

When his crimes were uncovered, it shocked the world, but it especially shocked his local community as he was known as a church-going man and daytime carer for his wife.

His second wife, Jennifer Edwards, was diagnosed with Multiple Sclerosis, leading him to care for her daily, on top of working as a cab driver to care for his family.

Yet, it was clear to the police that Grant enjoyed acting out his crimes and holding power over his elderly victims.

This led to Sutton taking on the cases and igniting one of the biggest rape investigations in British history.

Initially, Sutton was brought in to determine why the case had failed up until that point, with the case being known as Operation Minstead.

Sutton quickly knew the methods the operation was using were incorrect, and instead focused on setting up theft teams to try and find Grant.

He chose a street in Croydon and set up significant surveillance on the area.

Police saw a strange figure running into a Vauxhall Zafira on the new CCTV surveillance and found the same car two weeks later in the same area.

Grant was later found guilty in 2011 and ordered to serve a minimum of 27 years in prison.

The real DCI Colin Sutton said of the case: “People say he was a charmer, a nice guy, a regular bloke.

“There was a lot of surprise when he was arrested. People just wouldn’t have thought that Delroy Grant was the Night Stalker.”

Manhunt: The Night Stalker airs weekdays from Monday 20th to Thursday 23rd of September on ITV.

Who is Jeff Probst and what is his net worth?

Justin Chambers Finally Addresses His Shocking ‘Grey’s Anatomy’ Exit: I Was ‘In A Bubble’
World News