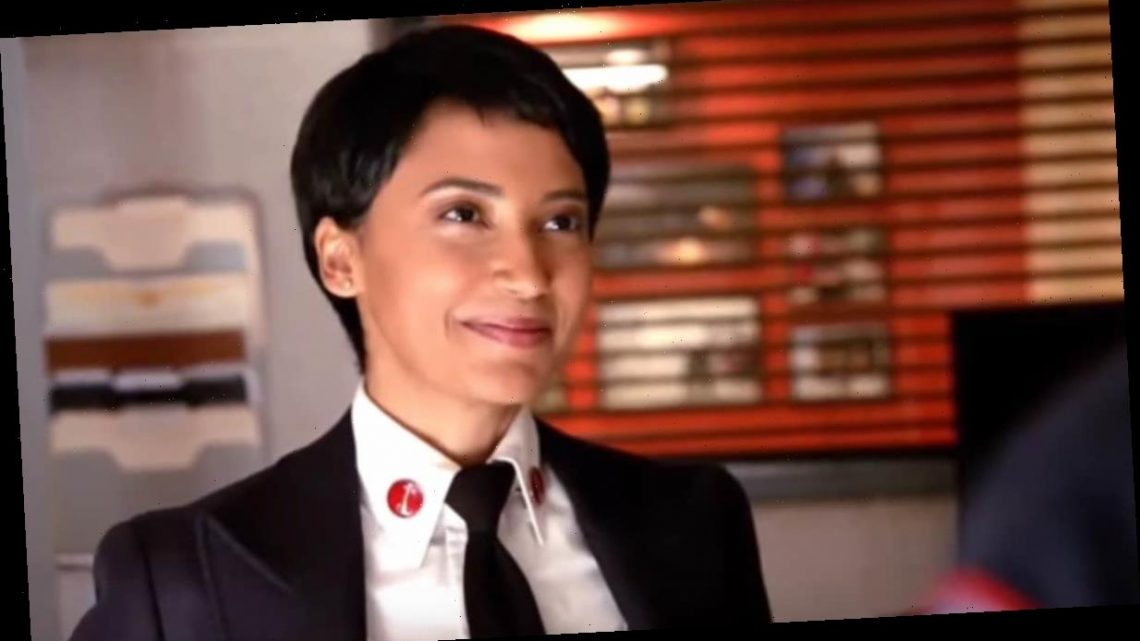 Wendy Seager is a new addition to the Chicago Fire cast in Season 8 and she has already been an interesting character. Seager is an OFI lieutenant who convinced — with help — Severide to help out her department.

At first, it seemed like Seager would prove to be an antagonist to Severide, even though she seemed very adept at her job. Instead, the character has worked well with the reassigned leader from Firehouse 51.

During the fall finale of the show, an interesting development was presented in that dynamic. Seager had been asking a lot about Casey, but Casey pointed out that it may have simply been a way for Seager to get closer to Severide. Very interesting indeed.

This will continue to be an intriguing story arc when the show returns this winter, as Severide is definitely flourishing in his new role. He is very good at investigating fires and figuring out if they were potentially arson, and his working relationship with Seager is helping to solve cases very quickly for the Office of Fire Investigation.

Who is Wendy Seager on Chicago Fire?

Actress Andy Allo joined the Chicago Fire cast as Lieutenant Wendy Seager this season. Though she seems to be a bit young for her position of power, Seager is certainly able to hold her own, possibly aided by the strong screen presence that Allo brings to the character.

Before taking on the role of Seager, Allo didn’t have a lot of acting credits to her name. She is probably recognizable from her role in Pitch Perfect 3 as Serenity and from her two episodes on the show Black Lightning. Outside of those roles, she is going to quickly become known for her work on the Chicago Fire cast.

Expect her to continue sharing scenes with Kelly Severide (played by Taylor Kinney) in future episodes of Chicago Fire, with the possibility that she could also appear on screen with Matthew Casey (Jesse Spencer) as well. Tune in to the Chicago Fire return date later this winter to see it all play out.