Home » TV & Movies » What You Don’t Know About Vanessa Kirby 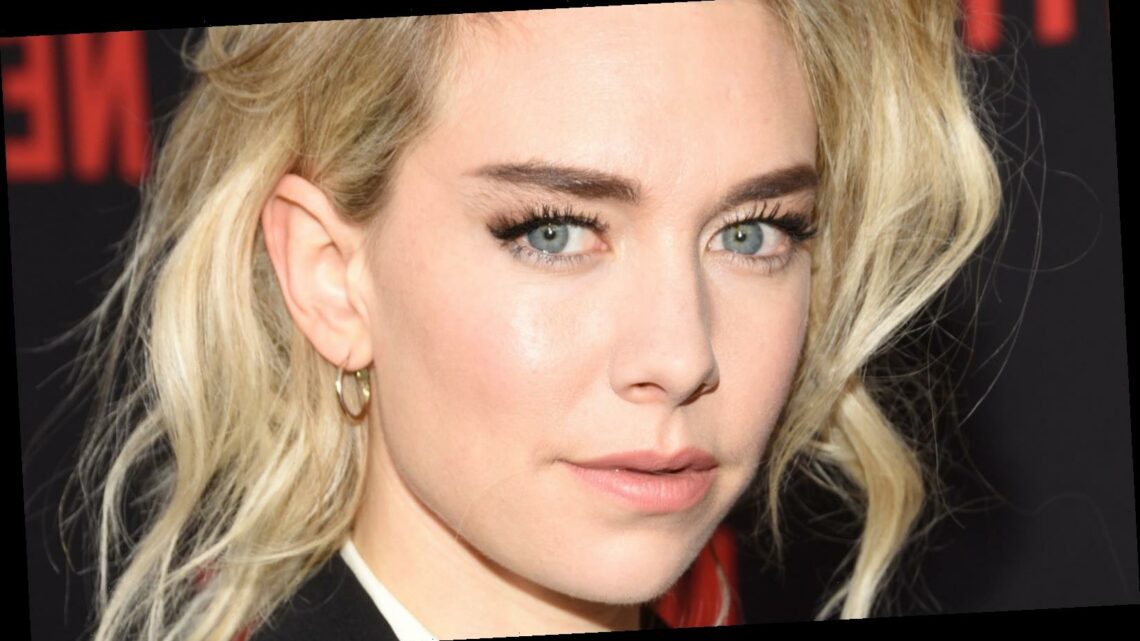 What You Don’t Know About Vanessa Kirby

Vanessa Kirby skyrocketed into public consciousness thanks to The Crown. The Netflix series chronicles a fictitious retelling of the British royal family cast Kirby as a young Princess Margaret, and she carried the role beautifully for its first two seasons. Kirby then passed the torch on to Helena Bonham Carter, who played Margaret as she journeyed through the middle of her life during the following two seasons.

While Kirby only held the reins on the royal character for a short while, it was enough to make everyone notice her. Since then, she has found a nice place in Hollywood, starring in major films like Mission: Impossible — Fallout and Pieces of a Woman, and is also slated to appear in both Mission: Impossible 7 and 8, according to IMDb. Basically, Kirby is now officially an A-lister.

But there’s a lot about this star, both in her history and in her ascent to stardom, that’s not common knowledge. We’ve got the scoop on all the details that make Vanessa Kirby who she is.

On the surface, Vanessa Kirby had a comfortable childhood while growing up in the wealthy London suburb of Wimbledon, according to BBC America. While mom Jane Kirby was previously the editor of Country Living magazine, Vanessa’s father, Roger Kirby, has since retired from his days as a prostate surgeon.

Born in 1988, the future star attended a private girls’ school called The Lady Eleanor Holles School, according to The Scotsman. While much of this sounds idyllic, Vanessa had a really hard time as a student, and has opened up about the bullying she experienced as a girl in several interviews. In 2018, she told The Guardian, “I was quite badly bullied for a few years and I became self-conscious about everything I did in relation to the bullies.” Clarifying that they were her classmates, Vanessa added, “A teacher said to my mum on my very last day of school: ‘She survived it. She’s done it,’ which means they knew it was happening.”

That same year, the actor spoke about the bodily impact of bullying with Marie Claire. “I still haven’t got to the bottom of it, but I was massively affected, and I got this tropical [intestinal] disease, giardia, and had two years of treatment and hospitals,” Vanessa said. “I think it was all linked, really. Now when I look back on it, I feel like those three years gave me a kind of empathy or emotional understanding.”

Despite having access to any designer in the world, Vanessa Kirby favors an all-black wardrobe. During an interview with Harper’s Bazaar, which was published on March 2, 2021, she arrived in her “trademark black.” As the interviewer went on to describe, the only anomaly to her look were “gleaming white Converse trainers.”

That said, Kirby has a very specific reason for opting for a muted color tone when dressing. While speaking with W magazine the previous month, The Crown star was asked if it was fun to dress up for the Venice Film Festival after a year in lockdown due to the coronavirus pandemic. But Kirby had a surprising answer about clothing: “I’m actually not that good at that kind of stuff. When I’m acting, I love to figure out how the personality of my character would reveal itself through clothing.”

She added, “But in my own life, I like to remain neutral, so I can turn into someone else.” Clearly, Kirby’s taste in neutral clothing gives her more leeway to get dazzling with her onscreen characters.

The love of Vanessa Kirby's life isn't who you'd expect

With a life in the spotlight, it seems necessary to have at least a few allies. For Vanessa Kirby, she has found this in her sister, assistant director Juliet Kirby. And the Kirby sisters share an apartment with two friends in the South London neighborhood of Tooting, according to Harper’s Bazaar.

During the isolation of the coronavirus pandemic, Vanessa shared with the outlet how sister Juliet was a huge source of support: “I was just about to move out to live on my own in north London — my God, I would have been so lonely! My sister saved me. It was so nice to have routines together. We were trying to take a bit of exercise, cooking together, watching films that made us feel better, drinking wine on Friday nights.”

Naturally, the actor doesn’t shy away from expressing how much Juliet means to her. Following the 2021 Golden Globe Awards, Vanessa shared a photo of the two on Instagram and added in the caption: “Favourite part of the whole evening by far — dragging love of my life, my sister, onto screen with me til 4am. Who barely blinked an eyelid of course. Forever in awe of you, my shiny angel. I love you to the moon and back.” From sister to best friend to Golden Globe ally — not too shabby.

It’s only fair to wonder about Vanessa Kirby’s relationship status. She was previously in a high-profile relationship with British actor Callum Turner, famous for his role as Frank Churchill in the 2020 adaptation of Emma. Turner and Kirby met on the set of the 2014 film Queen & Country, according to Harper’s Bazaar. While they were together for four years, the two split in February 2020. What caused their breakup?

According to a source cited by The Sun, it was the duo’s collective success, which forced them to take time apart. “Vanessa and Callum are both rising stars in the acting world and in the last few years they have been flooded with offers. It’s a really exciting time for them both,” the insider claimed. “But as their careers have taken off, their relationship has suffered and they have gradually grown apart.” The source added, “It’s very sad as they were once so close.”

While Kirby might be single at the time of this writing, she’s also been open about her thoughts on the future, especially after starring in the 2020 film, Pieces of a Woman, which deals with child loss. “This year has made me think a lot about the home I want to create,” she told Harper’s Bazaar. “I like the idea of inviting someone into a space that’s mine, preferably before I have kids.”

Inside Vanessa Kirby's response to Harry and Meghan watching The Crown

Vanessa Kirby is devoted to her first major onscreen character, Princess Margaret, who she famously depicted in The Crown. As she told Time Out in 2017 (via BBC America), “I’ve got a picture of her in my downstairs loo. I also have a photo in my bedroom from the Royal Variety Show where Margaret lit up in public for the first time. She’s in this really low-cut top and looks amazing. It reminded me that Margaret and Elizabeth were brought up to be the opposites of each other. That’s what fed their tension.”

While The Crown has continued to rock the world following Kirby’s departure, she had something to say about discovering that Prince Harry and Meghan Markle have seen the popular Netflix series – something the couple admitted in their bombshell interview with Oprah Winfrey in early March 2021. “It’s quite mad to think that they have actually seen it,” Kirby said on Jimmy Kimmel Live! a few days after the couple’s sit down. “That’s something that you sort of always semi-imagine, but sort of thought, ‘Oh, you’re probably too busy to watch.'”

Kirby added, “What a crazy life concept to have a show made about literally your grandparents and their lives, and then I guess you know that yours is possibly upcoming [on the show].”