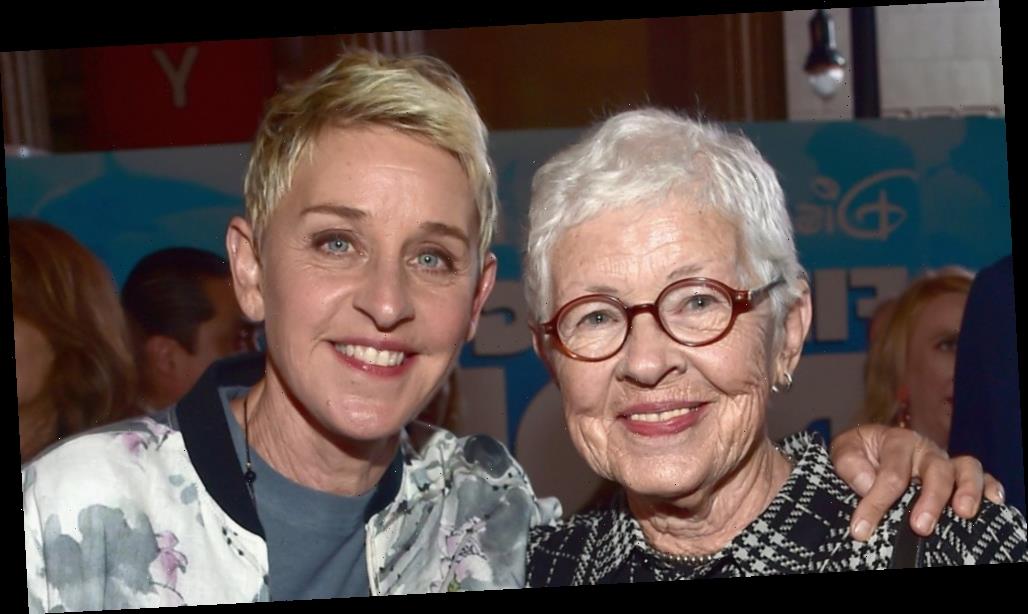 What you don’t know about Ellen DeGeneres’ parents

Ellen DeGeneres has popped up in the news for many negative reasons, which is surprising since the comedian is known for her platform of positivity. Her bodyguard came forward with a report that she isn’t what she seems. Not only that, but there are issues with The Ellen DeGeneres Show, with investigations being made into the show’s workplace conditions. Added to these surprising developments, DeGeneres has actually had a lot of controversial moments and there are many celebrities who can’t stand the daytime talk show host. So at the moment, things aren’t looking good for DeGeneres.

With all of this going on, it’s worth looking back at DeGeneres’ childhood and discovering what her parents were like. The host has spoken about her mother, Betty DeGeneres (pictured above), and father, Elliott DeGeneres. And in 2019, she opened up about a side of her childhood that was traumatizing. While her story is difficult to hear, DeGeneres was brave to share it, creating an example to help other young women feel safer and less alone. Keep reading to discover the untold truth of DeGeneres’ parents.

Ellen DeGeneres said her father was 'really proud' of her

Ellen DeGeneres’ father, Elliott DeGeneres, divorced her mother, Betty DeGeneres, in 1970, according to People. According to what DeGeneres herself has shared, she was very close to her father and knew he was proud of her.

Unfortunately, Elliott DeGeneres passed away in January 2018 at the age of 92, according to Country Living. DeGeneres revealed his passing on The Ellen DeGeneres Show, according to the outlet. “He had a good long life, and he lived his life exactly how he wanted,” she shared. “He was Christian Science his entire life, he never had medicine, never went to a doctor, I never had a vaccination, we never had medicine growing up. He was very proud of me, he loved the show, and he was a kind man, a very accepting man, there was not one bone of judgment in his body.”

DeGeneres shared that when she was little, her father took her to the Warner Bros. lot on a family vacation. In a very cool turn of events years later, he saw his daughter’s TV empire on the very same lot. DeGeneres said, “I have my own stage with my name on it, and he was really proud of that. Before he passed away I got to talk to him, I got to say goodbye to him.”

While DeGeneres had a strong connection with her dad, her relationship with her mother was much more difficult.

Ellen DeGeneres shares about being a survivor

In 2005, DeGeneres revealed that she’s a survivor of sexual assault. Over the years, she’s opened up more about that time of her life, including a 2018 interview with Today’s Savannah Guthrie.

DeGeneres shared the traumatizing details about her childhood more fully during a 2019 appearance on David Letterman’s Netflix show, My Next Guest Needs No Introduction. She explained that her mother, Betty DeGeneres, remarried after she and DeGeneres’ father got divorced, when the talk show host was still a teenager.

DeGeneres told Letterman that her mom married a “very bad man,” according to USA Today. DeGeneres explained why she wanted to talk about the trauma, saying: “It’s a really horrible, horrible story and the only reason I’m actually going to go into detail about it is because I want other girls to not ever let someone do that.”

DeGeneres explained that her mother and stepfather had a “very, very sexual relationship,” adding that this was “very uncomfortable for her.” Her stepfather then molested DeGeneres and one time, she had to climb out of her bedroom window to escape him.

The host added that she didn’t tell her mother for a long time: “I didn’t want to tell my mother because I was protecting her, and I knew that that would ruin her happiness, and she was happy with him, even though he was a horrible man,” per USA Today.

When DeGeneres eventually did tell her mother, there was additional struggle.

Ellen DeGeneres appeared on David Letterman’s Netflix show, My Next Guest Needs No Introduction. While speaking with Letterman, DeGeneres opened up about surviving sexual assault at the hands of her stepfather. To protect her mother, Betty DeGeneres, the talk show host decided not to tell her mom for several years. But eventually, she did disclose what happened, according to USA Today.

When DeGeneres eventually told her mother, Betty DeGeneres didn’t believe her daughter and stayed with the man for another 18 years, according to the outlet.

After the Letterman episode, Betty DeGeneres issued an apology through Today, saying: “I know now that one of the hardest things to do is to speak up after being sexually abused. I love my daughter, and I wish I had the capacity to listen to her when she told me what happened.

She added: “I live with that regret, and I wouldn’t want that for any other parent. If someone in your life has the courage to speak out, please believe them.”

If you or someone you know has been the victim of sexual assault, you can call the National Sexual Assault Hotline at 1-800-656-HOPE (4673) or visit RAINN.org for additional resources.