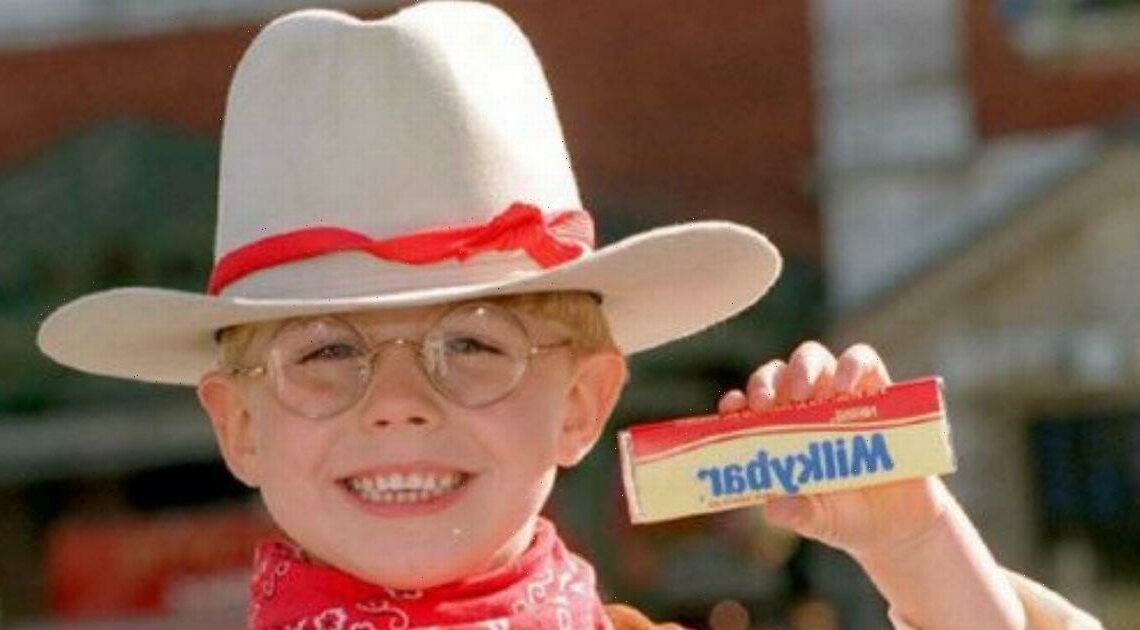 TV adverts may be the perfect time for some to stick the kettle on, but over the years, there have been some classic clips.

Some adverts catapulted the stars in them into national fame, with stars such as Lynda Bellingham and Anthony Head starting off in commercials.

From chirpy songs to racy displays, there have been some epic TV adverts over the years on UK television, with viewers left in hysterics by the 30 second clips.

Daily Star has taken a look at what happened to some of the biggest stars to grace TV screens on beloved adverts from becoming a priest to tragic deaths.

Best known for singing “do the Shake n’ Vac and put the freshness back” in the carpet freshener ad which ran from 1980 to 1986, she went on to appear in The Two Ronnies as a sexy leather-clad villain in The Worm That Turned sketches.

Now 79 she says of the ad which ran for nine years: “Even my legs got fan mail.”

The Milky Bars are on him! A string of child actors played the kid cowboy but the first was Terry in 1961 who got paid £10 for his first advert – alongside lots of free chocolate bars.

He later became a Pontin’s Bluecoat and a dad of four and moved to Spain to work as a gardener at a country club.

The 77-year-old actor who played fictional author JR Hartley in the 1983 advert, looking for his lost book Fly Fishing, was originally an opera singer who often performed in Covent Garden.

The Scottish comedian behind Rab C.Nesbitt starred as The Baldy Man in the hilarious 1980s cigar advert, failing to get a good snap in a photobooth.

The 67-year-old dad of three has since had roles in films including Love Actually, playing Billy Mack's music manager, and later moved to France with wife Vicky.

He released an autobiography detailing his colourful life named The Boy From Nowhere in 2015.

Women swooned in 1994 as the buff US actor and ex-soldier took off his shirt on a building site for the ‘Diet Coke break’ ad.

He was named as one of PEOPLE's 50 Most Beautiful People in 1994 and later released his own workout video.

He went on to star in a sequel and TV shows such as Will and Grace. Now 60, he divorced model Kristen Noel in 1996.

Once voted the top TV advert of all time and directed by Alien’s Ridley Scott, the 1973 bread commercial famously saw 13-year-old Carl struggling to wheel his bike up steep Gold Hill in Shaftesbury, Dorset.

He later turned his back on his showbiz career and became a firefighter but has admitted he still finds it “surreal” watching the original advert.

Famously creeping downstairs in his pyjamas at night as the ‘Secret Lemonade Drinker’ in the 1973 ad, the comic actor found roles in shows including The Goodies.

Julian, 81, later moved to Israel but returned in 2012 to reprise his role advertising ice lollies.

He married Israeli actress and comedian Rolanda and often worked with his wife for mime performances.

A host of women including singer Joss Stone have advertised Britain’s “crumbliest, flakiest” chocolate but Hoima was the first in 1968 aged 22 when she waded into a lake.

She said of the racy advert: "It was my first commercial and I was delighted when I got it.

"The production crew flew me to Portugal to film this black-and-white scene, which involved me wading into a lake before taking a bite of the chocolate bar.

"I was young and very, very naive. We did all these takes and I had no idea it was meant to be a phallic symbol."

As the ‘Oxo mum’ she starred in the cosy gravy ads from 1983 to 1999 and picked up roles on shows including All Creatures Great and Small as well as Loose Women and Strictly Come Dancing.

Married three times, the real-life mum of two died from cancer aged 66 in 2014 with her third husband Michael by her side.

She revealed in her autobiography that her second marriage to Nunzio Peluso was abusive, which has happening at the same time as the Oxo adverts.

Lynda said in Lost & Found: My Story: "Maybe if my private life had been happier I would have enjoyed doing it more. As it was, I felt I was living a lie. Being the nation's favourite mum on screen and going home to an abusive relationship was heartbreaking […] the irony was horrific.

"Here I was, the Oxo mum, hiding behind closed doors, isolated from her friends and family."

Finding fame in the 1990s soft cheese advert as a scatty secretary, the Scot would go on to do more TV and theatre roles and star in Four Weddings and Funeral.

She also went on to become a successful author, releasing her first book in 2014.

The ‘Cream of Manchester’ launched Melanie Sykes’ career, but Debby was the original Boddingtons girl in 1992 using the foamy beer as face cream.

Engaged five times, Debby said she was very picky about her men, saying: "I need someone who is a quick-witted, someone my equal.

"But every guy I meet can't seem to make a commitment."

The love story between Tony and Sharon captivated the nation in the romantic Nescafe coffee ads that ran from 1987 to 1993. Dad-of-two Anthony, 67, later appeared in shows including Buffy the Vampire Slayer and has dated partner Sarah since 1982.

The Irish actor memorably danced around in a bar while waiting for his stout to settle in the 1994 Anticipation advert. Acting roles since include a part in the 2004 movie King Arthur.

Now 53, he decided to go teetotal, saying that while the ad was a “blessing” how he dealt with fame was a “curse”.

He also became a Reiki Master and a priest in Order of Melchizedek, Melchizedek Priesthood, and a Minister of the Universal Life Church.

In 2000, Brummie bank worker Howard Brown became a household name after a string of TV adverts that saw him sing and dance.

He even starred in The Office and released a hit charity record. The 54-year-old left Halifax in 2011 after being dropped from ads, but the single star later popped up on screens on Channel 4’s First Dates in 2020.

Giving us the popular catchphrase, the classic 1999 Budweiser commercial propelled the American actor, who played Dookie for the advert series, to international fame.

The former nightclub bouncer, now 45, went on to have a successful career in TV and other advertising campaigns.

Brooks also continued with his advert work as he featured in Dr Scholl's Are You Gellin'? advert.

JAN MOIR: It's not just Line Of Duty that lost the plot
World News