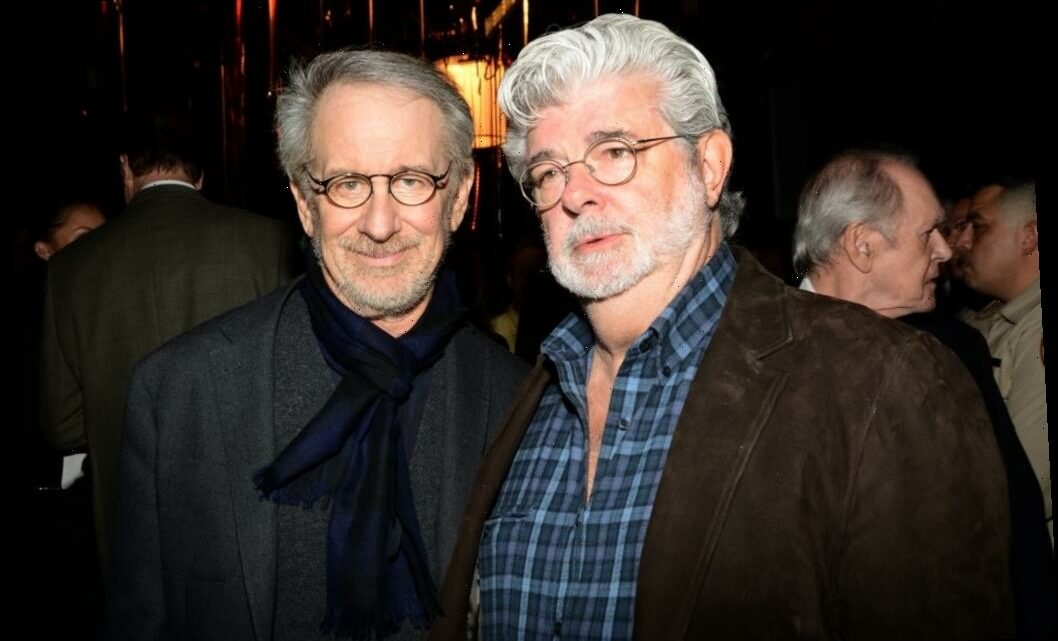 Steven Spielberg and George Lucas are among the most well known directors to ever come out of Hollywood. After all, they directed two of the most iconic blockbusters in movie history: Jaws and Star Wars. When Star Wars surpassed Jaws at the box office, Spielberg reacted in a very specific way.

How much money did ‘Jaws’ and ‘Star Wars’ actually make?

According to CBS News, Jaws brought in $260 million. However, that would be surpassed with the entrance on the scene of George Lucas’ Star Wars in 1977. The first film of the franchise raked in $461 million. This raises an interesting question: how did Spielberg react when the intergalactic adventure of Star Wars outperformed the summertime horror of Jaws?

What did Steven Spielberg do when ‘Star Wars’ outperformed ‘Jaws?’

When Star Wars took the top spot, Spielberg congratulated his friend and he did it in a very public way. Business Insider reports he paid for an advertisement in Variety that depicted R2-D2 fishing and catching the humongous shark from Jaws. The ad included a note from Spielberg that said Star Wars deserved its success. Spielberg signed the ad “Your pal, Steven Spielberg.” According to The Hollywood Reporter, Spielberg and Lucas’ friendship predates their success as filmmakers.

The tradition that Steven Spielberg started

The ad Spielberg placed in Variety began a trend. Business Insider reports that when E.T. topped the charts in 1982, Lucas returned the favor. He published an ad which depicted characters from a galaxy far, far away throwing a party for E.T. Yoda is among the partygoers, holding the plant E.T. healed. The saga of congratulatory ads did not stop there. With the re-release of the Star Wars trilogy in the 1990s, Spielberg again responded as it beat out E.T. Spielberg’s note this time referred to Star Wars as “the most enduring motion picture in cinema history.”

Did the congratulatory ad tradition extend beyond Steven Spielberg and George Lucas?

What started as a gesture between Spielberg and Lucas has gone beyond them. It has become somewhat standard for each new blockbuster to be honored with an ad.When Titanic beat out Star Wars, Lucas placed an ad showing Star Wars characters on a sinking Titanic. In the ad, C-3PO tells R2-D2 “I’m sure this is all your fault.” In another part of the drawing, The Death Star is floating in the water, which is oddly similar to a sequence from The Rise of Skywalker.

Insider reports Marvel Studios has continued with this tradition. When Avengers: Infinity Wars took the top spot from The Force Awakens in 2018, Lucasfilm congratulated Marvel Studios with a note on social media.

In addition, after Avengers: Endgame surpassed the gross of James Cameron’s Avatar in 2019, Cameron congratulated Marvel. His note featured an image of Iron Man covered in the tiny, jellyfish-esque aliens from Avatar. Spielberg and Lucas had a profound influence on Hollywood and this tradition is part of that influence.

Phil Spector Remembered by Ex-Wife Ronnie, Singer of Many of His Hits, as a ‘Brilliant Producer but Lousy Husband’