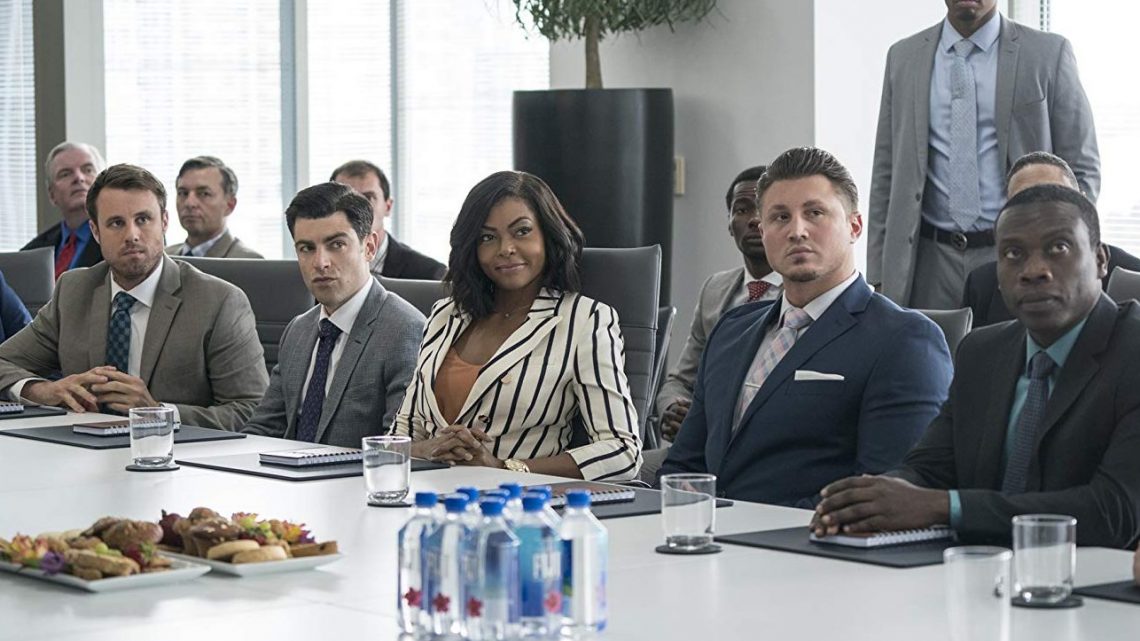 From the get-go, What Men Want feels like a relic. Even though it follows the current trend of gender-bent remakes, flipping a previously male-led film into one starring a female character, What Men Want astonishingly feels even more backwards than the 2000 Nancy Meyers film upon which it’s based. For a film that touts female empowerment and regularly throws around mentions to the “Me Too” movement, What Men Want is a shallow, retrograde workplace comedy that is barely funny.

Taraji P. Henson stars as Ali Davis, a hyper-competitive sports agent who is passed up for a big promotion in favor of a younger male colleague. After a wild night at her friend’s bachelorette party involving a kooky shaman and a nasty head bump, Ali wakes up with the ability to hear men’s thoughts — giving her the opportunity to finally maneuver her way into her company’s male-dominated inner circle and outsmart her colleagues to sign the next rising basketball star.

Following the footsteps of Ghostbusters and Ocean’s 8, What Men Want is a remake of the 2000 romantic-comedy which starred Mel Gibson as a chauvinist advertising executive who learns to understand and respect women after an accident gives him the ability to hear women’s thoughts. The original film had some problematic approaches to gender norms to begin with, but What Men Want manages to both feed into the gender divide while making a weak gesture toward gender equality. The film pays a lot of lip service to topical issues — with characters talking about the “current political climate,” “the boys club” mentality, and several mentions of the Me Too movement — but that’s all that it is, lip service. What Men Want doesn’t try in the least to address the systemic oppression of women apart from Ali’s constant rants about double standards, but even then, it feels like the film is dismissing her concerns just because she’s a little mean.

Ali is the prototypical career-driven woman: brusque, cold, uncaring, and awkward around children. But don’t worry, by the end of the movie, she’ll soften up! Henson gives a broad performance in the lead role, though she is not alone in delivering loud, unsubtle performances — from her stereotypically chauvinist boss and colleagues, to her gay assistant Brandon (Josh Brener, doing his best Stanley Tucci in The Devil Wears Prada), to her group of “girl squad” cut-outs masquerading as characters, What Men Want is a film that traffics in stereotypes.

But the confusing thing is that the film gleefully indulges in caricatures for comedic effect, most evidently in Erykah Badu’s farcical turn as Sister, the fraudulent, drug-dealing shaman who accidentally gives Ali her psychic powers. Tracy Morgan is not stretching too far from his iconic 30 Rock character to play the oafish Joe “Dolla” Barry either, while Kellan Lutz makes a kinky cameo as Ali’s hot neighbor “Captain Fucktastic” in a stunt that was done better by John Cena in Trainwreck. None of the characters develop beyond their very flat archetypes except for Henson’s Ali and Brener’s Brandon — who provide the only good dynamic in the entire film — and perhaps Max Greenfield’s fellow sports agent Kevin, who helps Ali come to terms with her own failings. Even though What Men Want has toned down the romantic-comedy elements in favor of the workplace focus, it’s still disappointing — though not surprising — that Aldis Hodge’s love interest Will is as bland as can be.

But most disappointing is the lack of significant screen time for female characters outside of Ali. For a remake that is supposedly more women-centric, there are shockingly few women. Her three girlfriends all but disappear for the entire film, appearing only a handful of times to deliver a few quips and chide Ali for her selfishness. The only other female characters who show up are either slut-shamed or turned into objects, making it all the more obvious that What Men Want is directed by a man. Adam Shankman, who has directed films like Rock of Ages and Hairspray, clearly has a flair for the theatrical, but it’s ill suited to the workplace comedy.

What Men Want proves that maybe not all films need to get a gender-flipped remake. The original What Women Want is a film that deserves to remain an antiquated snapshot of its day, and bringing the conceit to modern day does no favors to the Me Too movement that the movie so loves to reference. While Henson and co., do their best to elevate their flat roles, and a few timely jokes do elicit a chuckle, What Men Want is ultimately better left unspoken.