Home » TV & Movies » What Happened To Grocery Store Joe After The Bachelorette? 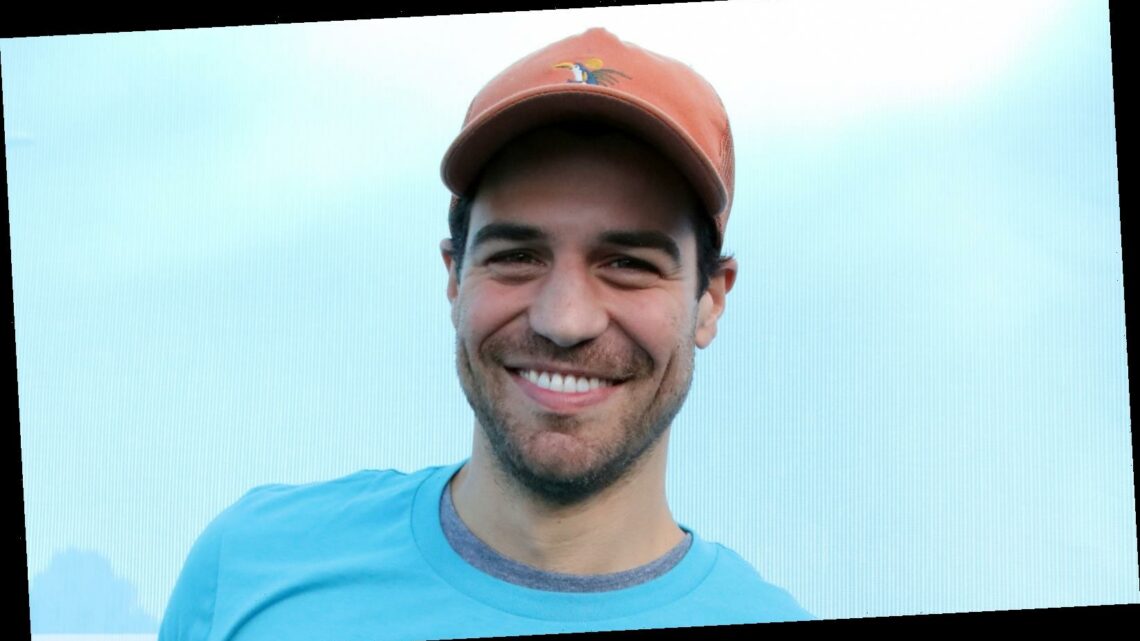 What Happened To Grocery Store Joe After The Bachelorette?

Joe Amabile, a.k.a. “Grocery Store Joe,” was sent home his first night on Season 14 of The Bachelorette, but he’s become a fan-favorite member of Bachelor Nation. The show gave him an intro video to show off his life in his hometown, and he charmed viewers with an inside look at the grocery store he owned in Chicago.

After fans showed plenty of social media love for Joe’s short run on Becca Kufrin’s Bachelorette season, he returned to the franchise for Season 5 of Bachelor in Paradise. His romance with Kendall Long, who originally appeared on Arie Luyendyk Jr.’s Bachelor season, was a fan-favorite relationship, too. But they split on the island and only reconnected in a clip filmed for the Bachelor in Paradise reunion special in 2018: Kendall visited Joe in Chicago and shared her true feelings for him, and the couple confirmed that they were back together.

But in 2021, Joe appears to be single once again. According to People, Joe and Kendall announced their breakup in January 2020, and his more recent Instagram posts haven’t hinted at any special someone in his life at the moment. Being single does seem to have left Joe plenty of time for his true passion, though: the enjoyment of good food. Here’s what fans should know about what Joe Amabile is up to these days.

You can’t own a grocery store without knowing the products, right? Well, as Joe Amabile’s Instagram and blog prove, he knows a lot about food. Joe visits Chicago restaurants for videos on his YouTube channel, he has a separate Instagram account dedicated to food, and he’s even launched a line of tomato sauce called Sundays with Joe. It’s clear from Joe’s conversations with local chefs and restaurant owners that he values what goes into a good meal. And while he clearly loves Italian food, Joe has also highlighted food from local ramen shops, Mexican restaurants, and more.

Fame doesn’t seem to have changed Joe much, though. He’s still living in the same city where he was before going on The Bachelorette, and he uses his influence to highlight local businesses. Of course, as with so many other Bachelor Nation members, Joe’s Instagram features sponsored posts from brands like Bud Light. But the majority of his social media presence is dedicated to his own cooking ventures and to spotlighting Chicago’s restaurants.

When he’s not enjoying the Chicago food scene, Joe Amabile is co-hosting the Click Bait podcast with fellow Bachelor Nation star Tayshia Adams. He’s also close friends with Clay Harbor, who also appeared on Becca Kufrin’s Bachelorette season. The two have been photographed together various times during the pandemic. Not to mention, another one of Joe’s pals happens to be Justin Kendrick from Hannah Brown’s season of The Bachelorette.

Plus, during his time on Bachelor in Paradise, Joe helped warm audiences to Jordan Kimball, another person from Becca’s time on The Bachelorette. During that season, Jordan was known primarily for his rivalry with David Ravita. But on Bachelor in Paradise, his friendship with Joe was a highlight, with the two laughing together about everything under the sun (literally). Per Good Housekeeping, Jordan even appeared with Joe while the latter competed on Dancing With the Stars?

Joe seems like a pretty easygoing guy, so it’s no surprise that he has so many friends in Bachelor Nation. He’s funny, kind, and it doesn’t seem like he has to be in the spotlight all the time — he’s simply happy to share it with the other Bachelor Nation men.

Joe Amabile and Kendall Long’s love and mutual respect was clear on Bachelor in Paradise, but their post-breakup statements have hinted at a disagreement about where the couple would settle down. Kendall is from Los Angeles, while Joe is from Chicago — and as Kendall shared in a March 2020 interview with ET, she had no interest in moving to the Windy City.

“It was a little bit of a surprise,” Kendall said to the outlet at the time. “But I think, ultimately, Joe foresaw his happiness and work in Chicago, and I can’t resent him because of that. And for me, I just never foresaw a future there … I think that it became an ultimatum within itself, where either I move to Chicago or we break up, and I didn’t really wanna have a relationship like that.”

Before Joe’s return to Chicago, he and Kendall lived together in L.A. in 2019, according to Life & Style. A cross-country move is a huge step in any relationship, and it looks like Kendall and Joe weren’t willing to make that leap, at least not permanently. Could one (or both) of them appear on the next season of Bachelor in Paradise? Only time will tell.

90 Day Fiance: What Mike And Aziza From Season 1 Are Doing Now
World News