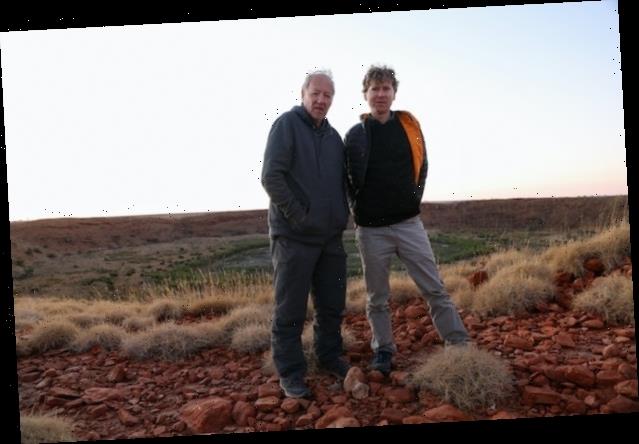 Herzog’s documentary “Fireball” with scientist Clive Oppenheimer examines how meteorites have shaped cultures, religions and landscapes on Earth across millennia. They’re objects that have traveled from across the galaxy to land here, and when you hold one, there is literally nothing else in the world that’s older than the object you have in your hand.

“Each one of these stones from darker worlds has its own story, and the bigger ones have changed entire landscapes,” Herzog says in the trailer. “We do not know what in the future is coming for us, but untold numbers of these voyagers from afar are still on the way.”

“Fireball” is a visually stunning, globe-trotting documentary that takes both Herzog and Oppenheimer all the way from the Northern parts of Scandinavia to Antarctica, as well as to India and the Caribbean. They talk to geologists and scientists who study meteorites, but they also speak to artists and cultural leaders who explain how meteorites have been instrumental in Day of the Dead ceremonies, in connecting with ancestors and more.

The film also has some unexpected humor and levity, as Herzog and Oppenheimer interview a Norwegian jazz icon who in his spare time goes up to the roof of a stadium and collects space particles, as well as a Papal astronomer working at an observatory who talks about the significance of meteorites and science to the Catholic church and what they might do if a giant one started hurtling towards Earth (“pray, of course,” he says in the trailer).

“Fireball: Visitors From Darker Worlds” played at Toronto earlier this year and is produced by Sandbox Films, and the documentary will then debut on Apple TV+ on November 13.

Look to the stars and check out the first trailer for Herzog’s “Fireball” above, and check out an interview TheWrap conducted with both Herzog and Oppenheimer out of TIFF here.